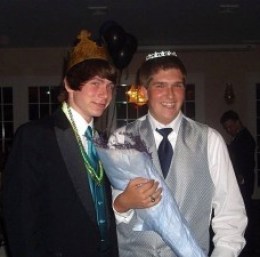 Two gay male best friends were voted prom king and queen by such a wide margin at an upstate New York high school that the school didn’t even bother with any runners-up. Seniors Charlie Ferrusi and Timmy Howard won their respective crown and tiara by a landslide Saturday. The guys say they ran the idea past advisers and the principal, who gave their blessing. FYI, the same school refused to let a male student run for prom queen back in 2008.

Maybe most of my knowledge of what a prom court is was informed by Mean Girls, but it’s hard for me to gauge what this actually means as far as the attitudes towards gay teens. While we can agree that the treatment of kids like Constance McMillen and Derrick Martin is straight up about homophobia, does that mean that gay kids being elected prom king/queen/america’s next top high schooler is about acceptance? I guess I feel like the stories we’ve heard recently about gay kids being elected to prom court, like Derrek Lutz of New Jersey, were all actually male-identified. And that’s fine, that’s awesome even, but I wonder a) where the lesbians are, as always, because some of us went to prom too just fyi, and b) whether there isn’t an element of patronization and accessorization of gay men. I’m not here to belittle Charlie, Timmy or Derrek’s crowns because maybe they are very important, I can’t remember prom, but I do remember my high school and I know that if this had happened there, it would have been because people thought it was cute or funny.

Probably I’m wrong though! Probably there are two dozen gay boys out there shaking their heads and saying “Funny, no one treated me like I was cute or funny when I was in high school,” and also Charlie and Timmy won by such a large margin that the school didn’t even both naming a runner-up, so they’re probably just really fucking awesome. The fact that their school didn’t even allow male students to run for prom queen as little as two years ago really does mean the future is bright, and that brave gay teens and their allies are forcing the environment to change, even if it’s slower than we would like. Way to go, guys! We just received an email from reader Ashly:

So, I saw the article on the two gay best friends who had won prom King and Queen together, and also the comment posed as to where the lesbians were. Well, they were in a little hick town in central Pennsylvania. Back in 2009, two friends of mine (gay and lesbian respectively) won the titles in our small, relatively conservative high school. I attached a photo of them together-they had originally switched crowns but were made to revert to their own for the newspaper. It was pretty adorable.

According to some new inside information Gawker received, hiring and firing at American Apparel  is now largely based on employee photos:

A source tells us that American Apparel has a new hiring policy. For the past several months, they say, job applicants at AA have had their photos taken—photos which are then sent to the email address work@americanapparel.net, where they are “approved” by a nameless person for hiring. The applicant’s resumé is a distant second when it comes to hiring decisions, our source says.Our source also tells us that a new policy now says that in order for current AA employees to be approved for a promotion or raise, they must also have their photos approved. As they put it, “Your looks determine your position and pay rate, not how effective you are at your job.” 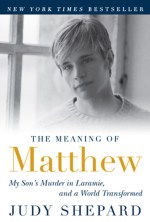 Judy Shepard’s memoir, The Meaning of Matthew, has been rejected from the summer reading program at Appalachian State Universityin Boone, N.C. And some people at the school say it’s because the book was considered homophobic. Emory Maiden, an English professor and director of the summer reading program, responded that he isn’t aware of anyone who found Shepard’s book homophobic, but that the reading group committee “wondered aloud about how her book would work as a discussion of the oppression of and attacks on those who are perceived to be ‘Other.’” My best friend happened to go to college at Appalachian State University and let me tell you – this makes no fucking sense. While there are ironically a LOT of gay folk down in Boone, NC, let’s just say it’s hardly a pillar of  acceptance for the gay community. Something is very fishy here.  (@qnotes)

If you’re at home on June 24th, maybe check out CNN’s special “Gary and Tony Have a Baby,” which follows two gay men and their fight to form a traditional family through surrogacy. It looks really good! (@cnn) 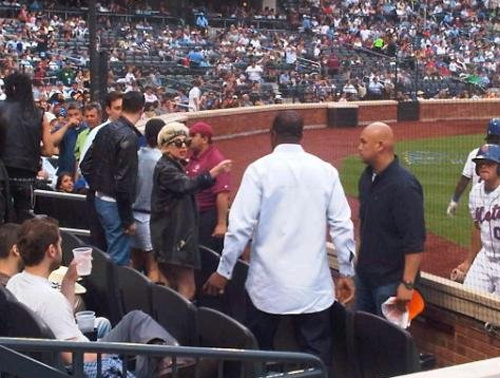 In what seems like maybe a calculated move, out lesbian Iron Chef Cat Cora is beginning her own TV show on Oprah’s OWN network, in which she will visit “families whose eating habits have fallen prey to a busy lifestyle. Cora will help the families balance their busy schedules with healthy eating.” You might notice the similarity to other out (bisexual) celeb Jillian Michael’s new show, “Losing It with Jillian Michaels.” I guess it’s really up to which pretty gay lady’s brand of life advice you prefer.
(@ontopmag)

If you live in or near Three Oaks, California, hoo boy did you ever just hit the lesbian indie film jackpot. The Acorn Theater Film Festival will premiere “Hannah Free,” the story of an out lesbian and the woman she loves who struggle to make their relationship work in a town with traditional values. “I was particularly interested in the story not only because it was a lesbian love story but because it’s a story that features middle-aged and older women as well-rounded multidimensional human beings,” [filmmaker] Carlton says. “They aren’t just superficial lesbian characters who fall in love. These are characters that lived long lives together and keep crossing paths and finding one another. It’s a love story of depth.” (@californiachronicle)