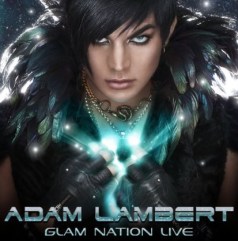 Adam Lambert sat down for one of his best interviews in recent memory and reflected on some possible missteps with For Your Entertainment and the goal for his follow-up next fall:

“One of the things that I reflected on over the last year and that I’m going to steer a little bit differently with this next album, is that there’s a bit of intimidation that happens when you come off a big show like that and all of a sudden you’re famous and there’s all this expectation. There’s a little bit of overcompensation that might have happened. I was wearing A LOT of make up, I was like ‘I have to make this conceptual’ and this and that. At the heart of it, I love pop music, but I’m a singer first and I think this next album is probably going to focus more-so on the voice and on lyrics and energy that is genuine, honest and personal. Yes, it will be a little glam here and there and there will be a little camp, but I want those other things to be at the forefront and have the rhinestones and all of that [in the background]. I think this one is going to be a bit more personal, a bit more real. But don’t quote me — watch — I’ll come out with feathers on the next cover!”

Hmmm… just as we predicted! To bide some time while crafts his next musical masterpiece, Adam is releasing a combo CD/DVD package of his Glam Nation tour on March 22. 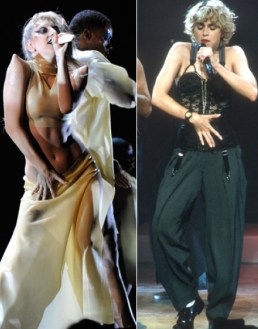 Jay Leno made himself useful for once and actually asked a real question! He made Gaga address the elephant in the room regarding the “Born This Way” / “Express Yourself” debacle. And, rather than distract with a tangent about Whitney Houston, she gave it up:

“There is really no one that is a more adoring and loving Madonna fan than me. I am the hugest fan personally and professionally. Well, the good news is that I got an e-mail from her people and her, sending me their love and complete support on behalf of the single and if the queen says it shall be, then it shall be.”

Do you think Madonna’s getting royalty checks off “Born This Way?” JK, I think I’m over it. Who’s excited about Gaga’s HBO Monster Ball Concert on May 7? Do the new bones in her face turn you on?

Darren Criss is Out Magazine’s new coverboy and the subject of a profile peppered with his usual sweetness about not playing gay or straight but rather just a character. More interesting are the insider Glee comments from show creator Ryan Murphy, when discussing Blaine and his future storylines:

“Blaine will openly question whether bisexuality is real,” he confirms. “I think that some people will love that discussion and some will not love it.” In reference to whether or not Kurt and Blaine will ever hook up, he says: “It’s my job as showrunner to keep them apart as long as possible… When that moment comes — if it comes… I want to treat that relationship like we treat all the other relationships on the show. I want it to be as flawed and as exposed as everyone else’s.” 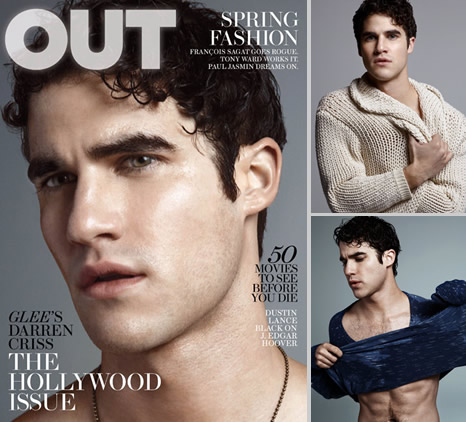 After the internet exploded in response to the idea of Blaine hooking up with one of the girls for a hot second, Murphy quickly fired off a statement:

“Blaine is NOT bi. He is gay, and will always be gay. I think it’s very important to young kids that they know this character is one of them.”

Don’t get invested. This show will go to crazytown before the day is done.
.