With the impending repeal of DADT, let’s not forget that women, straight or gay, still aren’t treated equally in the armed forces. A military panel is pushing for the inclusion of women on the front lines, not just in combat support roles. “As the Associated Press points out, about 14% of the armed services is female—and so far, the military hasn’t collapsed. Neither have the women currently serving. But without women able to gain the combat experience necessary for certain leadership positions, that glass ceiling’s not falling down yet, either.” Maybe that will change soon!

A little good news in a week that has, rightfully, been spent mourning the dead: Gabrielle Giffords has been taken off her ventilator and is breathing on her own, and doctors are hopeful that she might be speaking soon. 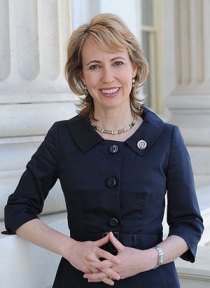 The removal of the breathing tube could allow Ms. Giffords to eventually speak. It was another small, but positive step forward in Ms. Giffords’ recovery, which has amazed doctors at Tucson’s University Medical Center, where she is recovering after a shooting that left 6 dead and 14 injured.

Ms. Giffords has been able to breathe on her own for several days, but doctors had left the breathing tube in place to protect her airway from infection. On Saturday morning, doctors removed the tube from her throat and replaced it with a tracheotomy tube inserted directly into her windpipe.

One more shooting victim has been released from the hospital, and two more remain hospitalized, but both are listed in good condition. Giffords’ condition remains critical, but she’s improving rapidly.

In a confusingly/awesomely meta statement, Chris Colfer has intimated that Kurt’s feelings for Blaine may not be reciprocated, and agrees that he really deserves “a romantic payoff.” He offers some really heartwarming advice to the imaginary character that he plays on Glee: “I want him to be happy,” says Colfer, who’s up for a Golden Globe on Sunday. “But I would also like Kurt to realize he doesn’t have to have a relationship to be happy.”

If you, like me, had some feminist misgivings about the Girl With The Dragon Tattoo movies but also some serious homosexy feelings for Noomi Rapace, then you may be pleased to learn of this Lisbeth Salander-themed photoshoot with Rooney Mara. It’s a more feminized and sexualized take on the character, and though nothing will really ever compare to Noomi Rapace working out in a prison cell, but still, pretty ok! 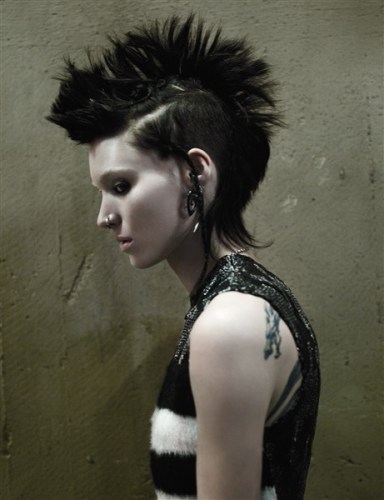 Lady pop fans rejoice: one female pop star that you probably have strong feelings about said something about another lady pop star that you also have strong feelings about! Jessie says, “The British music scene is rubbish right now. There are no artists pushing boundaries. There are no female artists in the UK that mix things up. I didn’t come into this to be a puppet… Of course Gaga is incredible but she’s set the bar so high for everyone else.”

Liked Black Swan, but wished it was a little easier to enjoy on the couch with your fourteen-year-old brother? It looks like Jackass has you covered with their hilarious dudebro take.