Welcome to For Your Consideration, a new series about things we love and love to do — and we’d like to give you permission to embrace your authentic self and love them too.

Like church on Sundays for the first 18 years of my life, I now go to the Met on Fridays as if it were a ritual, without even having to think about it.

It happened by accident. I came out of therapy one day in Chelsea somewhere, gasping for air, unsure of where to go or what to do. My friend said come to the Met, and I did. I walked over 60 blocks; through Times Square, a surreal and upsetting space to navigate during heightened emotions but alas I couldn’t bring myself to bury myself underground in the subway.

(I’ve been in therapy twice a week for the past few months for reasons I’ll write about one day. But I’m not ready yet. I’m too… in it. It would feel like writing about drowning while drowning.)

My friend once told me that therapy sessions could heal in the long run, but the immediate aftermath of a session often feels like opening a wound. “And then you’re just standing there bleeding,” she said. Exactly, I thought. Everyone should have a post-therapy routine for that reason, something to stop the bleeding.

And so, if you’re going to be emotionally raw for the rest of the day, why not surround yourself with devastatingly beautiful art to cauterize those wounds? I go to the Met to feel small and significant all at once. I feel anonymous there, but I also feel… meaningful. Like there’s a reason for me to be standing here, in this white-walled room that glows in natural light. The statues move me most. I still can’t believe that human hands can make curves and angles like this out of nothing more than stone.

In a brief and mostly inconsequential scene in the Netflix rom com Set It Up, a tourist asks Charlie if they should go to the Met. “Do you like beautiful art that makes you re-examine what it means to be human?” he asks. “Then, yeah, The Met’s worth it.” I’m not in the business of relating to or quoting male romantic leads in rom coms, but… I felt that.

For six weeks, I visited the Heavenly Bodies collection — the most popular costume collection that has ever been shown at the Met. It was worth the hype. Its meditations on religion, history, and modesty are complex and, yeah, spiritual. There’s scripture woven into this fabric, but there’s also a playful sense of humor.

The over-the-top fantasy clashing with rigid tradition in the Heavenly Bodies collection is, to put it in highly academic terms, a paradox that goes all the way off!!!! I don’t know how to talk about art at all, and it even intimidates me to tell someone I like a piece of art, because then I worry that they’ll ask why, and I’ll have to explain, and maybe I’ll sound like an art idiot. Fuck that! Wandering an art museum solo, silent, and slightly on edge is one of the best ways to do art museums. You can just let the art wreck you and not have to explain it to anyone.

Going to the Met in the midst of an emotional breakdown is a highly specific thing that I can’t very well recommend to everyone. But find your post-therapy trip to the Met. Figure out what it is that you can do to feel challenged yet grounded; inspired yet introspective. Maybe it’s an art museum or a gallery or a mural on the street. Take a moment to look at the art of others, to see the painstaking work that other people have done in their own heightened moments. Jot down what a piece makes you feel. It doesn’t have to be profound. It doesn’t have to be more than a word. Art grounds.

It’s okay to feel overwhelmed, but do it in a place that’s safe and allows for some fantasy. Art is the closest thing we have to time travel, so get away for a bit.

Anyway, here’s some art/fashion that has devastated me recently! 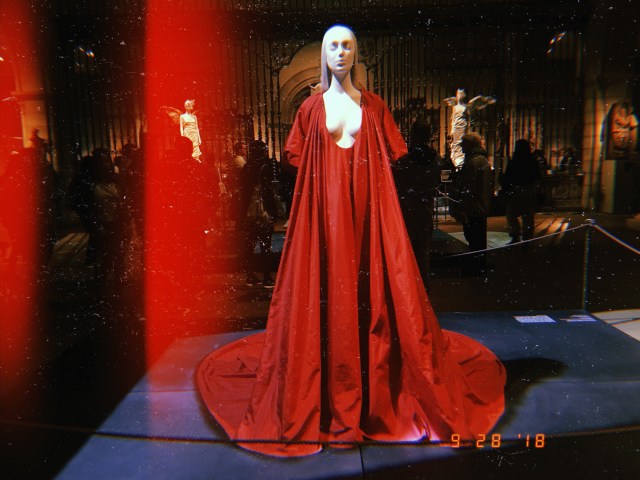 Around the third time I fell under this dress’ spell, I decided that if I were to ever wear a dress again in my life it MUST BE THIS ONE 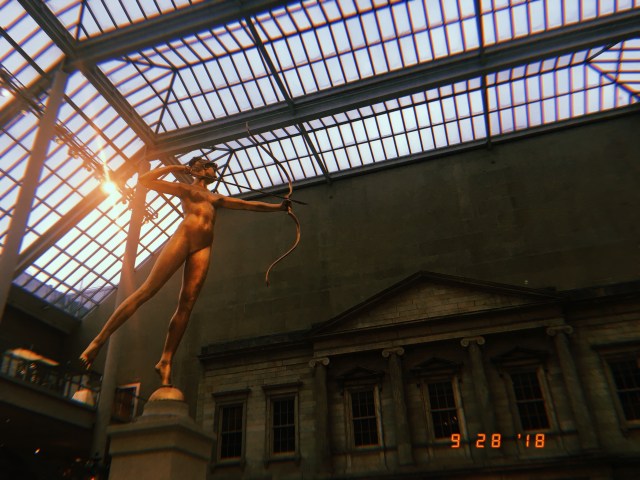 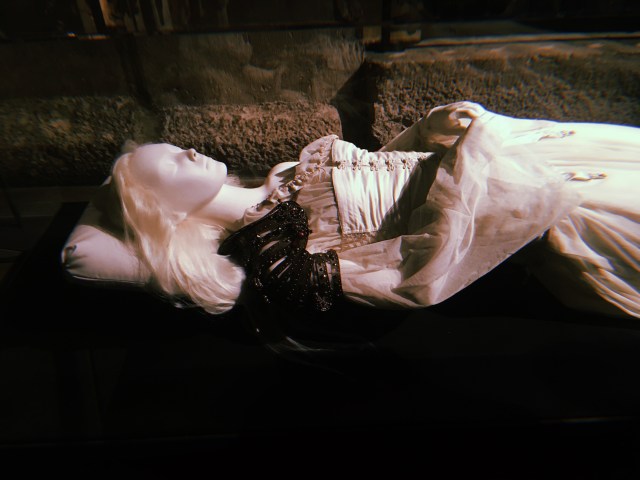 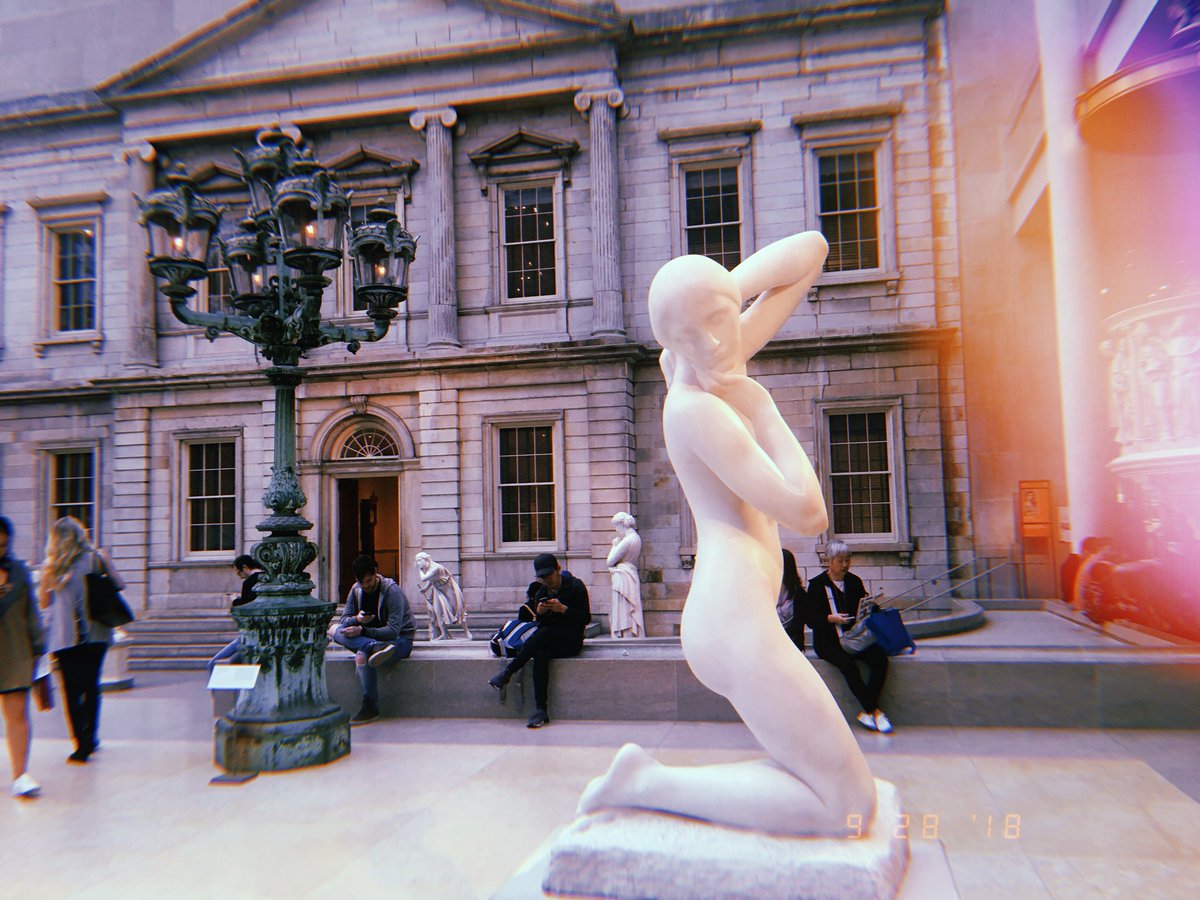 is she about to rip her own head off? mood! 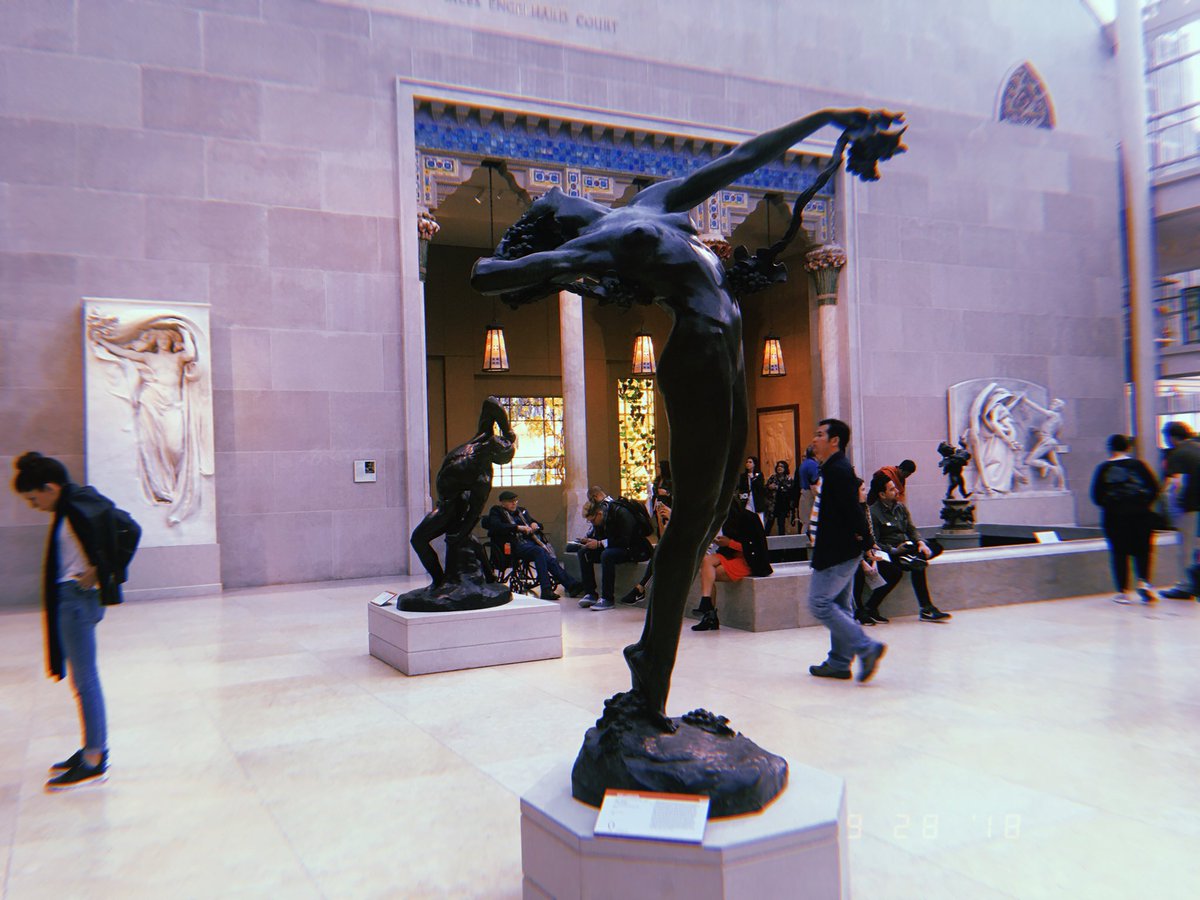 every statue at the Met is a mood 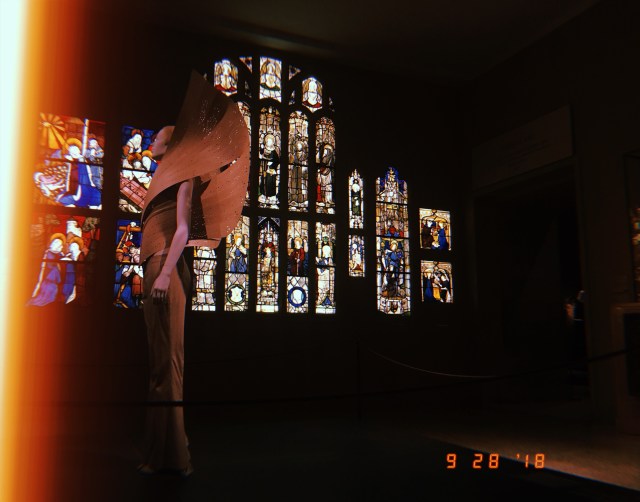 take me to church 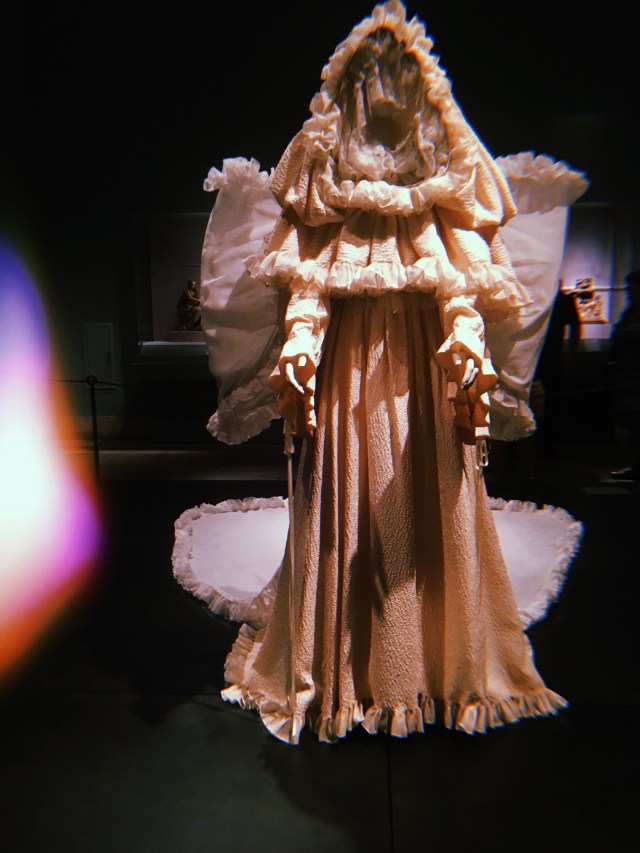 Join A+!
Related:for your consideration

Kayla has written 472 articles for us.