“Raising minimum wage is a women’s issue,” emphasized Liz Shuler during the American Federation of Labor and Congress of Industrial Organization’s (AFL-CIO) briefing on Working Women and the Minimum Wage on April 3rd. Shuler, AFL-CIO secretary-treasurer, and a number of AFL-CIO representatives gathered at AFL-CIO’s headquarters in Washington D.C. to discuss how raising the minimum wage improves the condition of women workers in the U.S., especially for those who are single-mothers and/or women of color. Here are five things you should know about women and the minimum wage crisis. 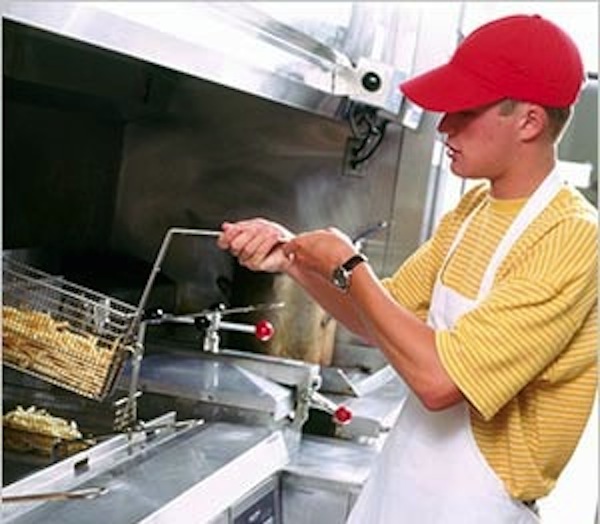 Not your average minimum wage worker
via WritersCafe

1. Most minimum wage workers are not sixteen year-olds working at McDonald’s

Child-care workers, domestic workers, assisted living workers, and restaurant employees are a few examples of the real body of laborers who comprise the minimum wage population. Moreover, twenty-two percent of minimum wage workers are women of color, even though women of color only make up sixteen percent of workers overall. Specifically, the condition of workers in tipped occupations, such as servers in restaurants, is pretty dire given that the federal minimum wage for these positions is $2.13 per hour and nearly three-quarters of workers in these occupations are women. Economic Policy Institute Director of Health Policy Research Elise Gould explained at the AFL-CIO briefing that minimum wage workers are more educated and qualified but that the minimum wage does not reflect this trend.

AFL-CIO Deputy Chief of Staff Thea Lee asserted that economic inequality hinders a healthy economy because these financial disparities keep the economy at large from growing. Furthermore, Lee clarified that increasing the minimum wage puts more money in people’s pockets so that they can spend more money, thereby stimulating the economy. Demonstrating how improving the condition of women workers improves U.S. economy in the long run, Lee stated, “Children are being hurt as well by being forced to grow up in poverty, which hurts our economic future.” Thirty-one percent of women workers who would benefit from an increase of the minimum wage are parents of children. No doubt, raising the minimum wage would make an incredible difference in the lives of women and families in the U.S.

3. WOC and trans women are disproportionately burdened by economic inequality and stand to gain a lot from fair wages

Carmen Berkley, AFL-CIO Civil, Human & Women’s Rights Department Director highlighted how raising the minimum wage specifically will affect more marginalized groups. Berkley advocated that increasing the minimum wage will provide more economic opportunities for women of color and trans women. Berkley emphasized that because fifty three percent of Black women and forty percent of Latina women are the breadwinners of their households, Black and Latin@ communities have much to gain from the additional economic stability that a higher minimum wage will assure. Likewise, trans women, who often face further discrimination, need better financial options. Berkley stated that fifteen percent of trans people earn less than $10,000 a year, which, according to the U.S. Department of Health and Human services, is well below the poverty line. 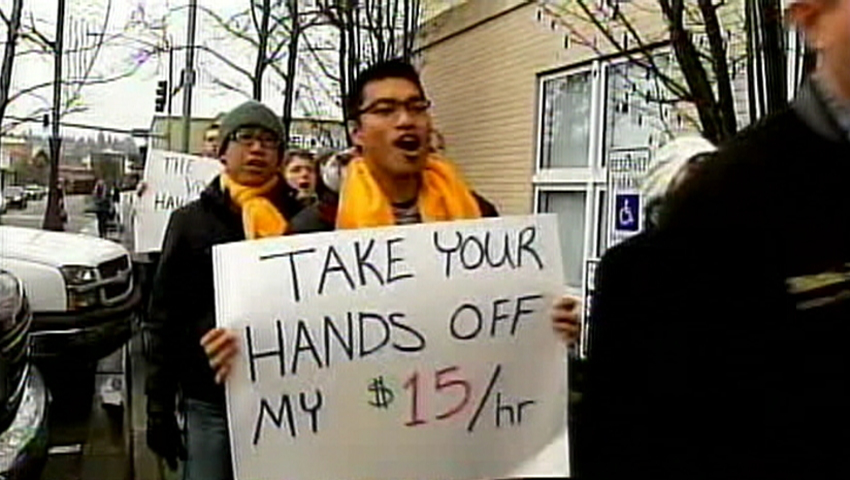 4. Fighting to raise the federal minimum wage to $10.10 is only the first step

The AFL-CIO endorses an increase in the federal minimum wage to $10.10 per hour, even though Berkley admitted that “for many women of color and LGBT people, $10.10 is hardly enough.” AFL-CIO representatives agreed, however, that $10.10 is a step in the right direction, though by no means a final solution. They are fighting for a living wage that will allow people to put food on the table and to educate their children, and stress that anything lower than $10.10 an hour is not good enough. Lee actually brought up the fact that the federal minimum wage was healthier in the 1960s (even accounting for inflation) and that the U.S. has allowed the wage to lose value every year until it has become a problem. AFL-CIO representatives speculated that had the value of the federal minimum wage continued to grow, low wage employees would be paid $15 to $19 an hour! Fortunately, there is a positive to this question of fair wages. Lee indicated that the minimum wage battle has created a need for state and local initiatives that empower workers with bargaining power and help to forge community alliances.

At the heart of this campaign for fair wages is a call for solidarity. “Sectioning ourselves off isn’t working,” Berkley argued. The AFL-CIO champions labor movements aligning with movements for undocumented workers, various women of color communities advocating for each other, and cis women and trans women collaborating with one another. “It’s not okay for white women to earn 77% [of white men’s wages], and [for] Black women to earn 64% and [for] Latina women to earn 54%,” concluded Berkley. “We all need to earn 100%.”