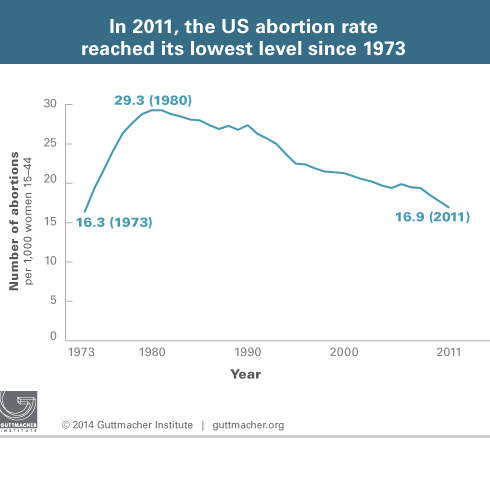 Why have abortion rates been dropping so significantly? I know you’re thinking it’s definitely because of the 205 draconian abortion laws enacted over the past few years, but this study collected all its data before that really started happening, and actually suggests that abortion rates are going down because of birth control and family planning. And the economy sucking. And maybe possibly a little bit the shitty laws that were put in place before 2011, but the statistics don’t support that a ton.

Here are five things you should know from the study:

1. Abortion Rates Have Gone Down Across the U.S.

This drop is not statistically skewed by a certain region of the U.S. Abortion rates dropped across all four U.S. regions: by 17% in the Midwest, 15% in the west, 12% in the South, and 9% in the Northeast.

“The five states with the lowest abortion rates were Wyoming, Mississippi, South Dakota, Kentucky and Missouri (1-5 abortions per 1,000 women). Yet, rates are based on state of occurrence; in 2009, substantial proportions of abortion patients who lived in South Dakota (26%) or Wyoming (more than 90%) went out of state to obtain an abortion. Thus, the actual abortion rates… in these states are likely higher.” 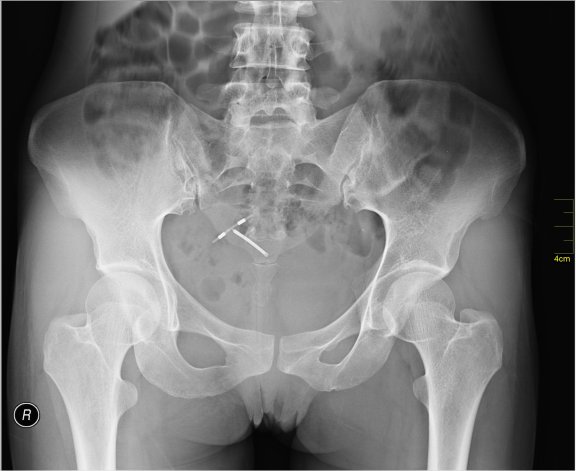 Just in case you were really dying to know what your IUD looks like to X-Ray technicians. via Nevit Dilmen

Data from the National Survey of Family Growth suggest that Long Acting Reversible Contraceptive (aka LARC often known as intra-uterine devices aka IUDs) have become more popular with the under-twenty-five crew. This means that there are fewer chances for birth control to be skipped or for sperm to find themselves uninvited in uteri that aren’t prepared to send them packing, which means fewer unintended pregnancies. 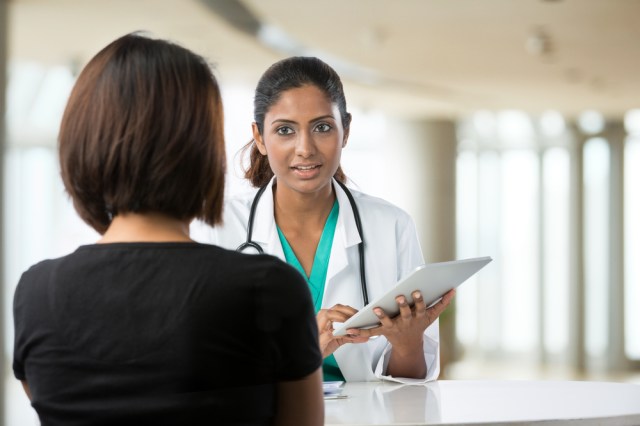 “You have SO MANY options to procure your hasty abortion. Let me tell you about them.” via Shutterstock

3. Use of the Abortion Pill has Increased

Since its introduction in 2000, mifepristone, or the medication abortion, has steadily increased in use. Between 2008 and 2011, early medication abortions went up by 20%, going from representing 17% of all abortions in 2008, to 23% in 2011. This is likely because more abortions are being obtained from nonspecialized clinics that only offer this kind of abortion. 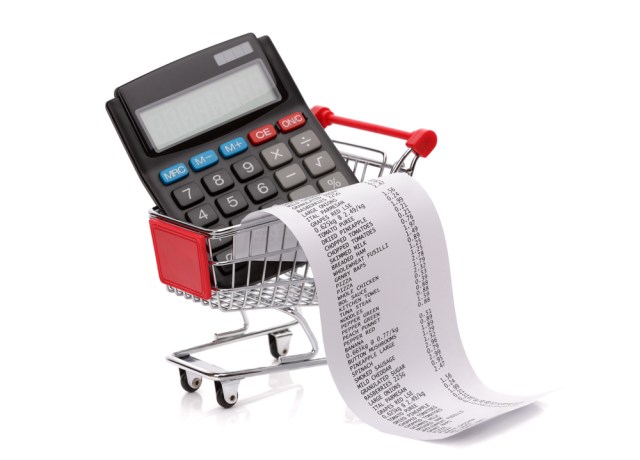 It’s the economy stupid. via Shutterstock

Surprise! Kids are expensive, and so are abortions. The birthrate in the U.S. decreased 9% between 2008 and 2011, a drop attributed to the economic recession. When the economy seems unstable, people don’t just have fewer kids, they have fewer pregnancies. This reflects people taking extra care to avoid pregnancy and the financial strain that comes with it.

“Presumably, then, more [people] were making conscious decisions to avoid pregnancy and so resumed or continued using contraceptives. This strategy would be expected to have a bigger impact on the rate of intended pregnancies than on the abortion rate, but could also have averted the 5% of abortions that followed intended pregnancies.” 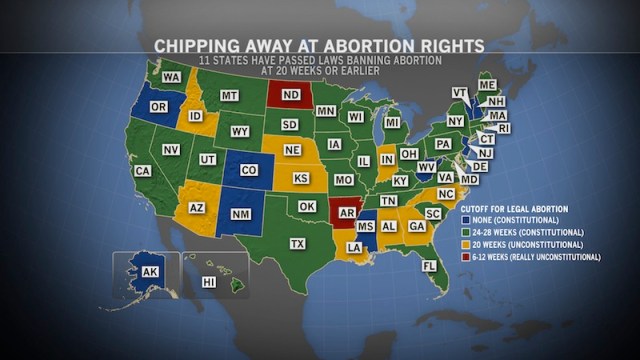 5. It is Still Difficult to Tell How New Abortion Restrictions Affect Numbers of Abortions

While the study did not find that the overall drop in abortions was attributed to restrictive abortion laws, data in a few states indicated that laws intended to restrict access to abortion may have created barriers for people seeking abortions, thus resulting in lower rates. There are a lot of sentences in the report like,

“Regulations for in-person counseling and a 24-hour waiting period in Missouri, may have posed a barrier to service for some women, and [targeted regulation of abortion providers (TRAP)] laws like the one implemented in Louisiana may have disrupted clinic services, thereby reducing abortion incidence.”

These are awkward distinctions to make, because even if the restrictions aren’t creating statistically significant drops, they’re still limiting people’s options, and have probably resulted in at least a few people not having access to procedures they needed. I know there are all sorts of technicalities about what conclusions you’re allowed to draw from statistics, but I did really badly in stats, which my professor attributed to my being a feminist.

Jezebel is excited about this statistical insignificance, because it highlights, as Erin Gloria Ryan writes, “Anti-choice politicians are not helping; they’re offering a solution to a nonexistent problem at great expense to the taxpayers who fund the myriad of state legal battles that ensue in the wake of abortion restrictions.” But my first thought was that we might start hearing from anti-choice assholes after this that abortion laws still aren’t doing enough to limit abortion access. I hope I’m wrong.