Earlier this month, the National Museum of American History accepted into its collection a group of items related to LGBT history. The additions, which included scripts and other papers from “Will & Grace,” diplomatic passports belonging to an openly gay U.S. ambassador and his husband, and the original trans pride flag from 1999, broadened the museum’s existing LGBT collection. But that collection — which includes Billie Jean King memorabilia, HIV/AIDS lab equipment and signs from the gay civil rights movement — is far from big enough. Monica Helms, who designed the trans pride flag, talks about this in the Smithsonian magazine article about the additions. “We have been marginalized,” Helms says. “People don’t realize that we’ve existed. We’ve existed all along.”

Helms is right, of course. So much time has been spent trying to erase LGBT populations that it’s hard to find places where our history are accurately and broadly preserved. But her comments made me curious about what other LGBT items the Smithsonian museums DO have, and what a queer history buff might go out of their way to see during a visit. To my surprise, there were actually some pretty cool things! Here are my five favorite items: 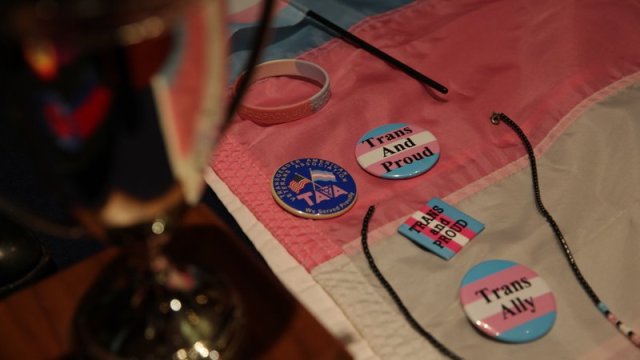 ThinkProgress spoke with Helms about the flag, which she designed after seeing the success of a bisexual pride flag the year before. The pink, blue and white flag was meant to represent the two genders children are usually assigned at birth as well as a middle, neutral space for those who are transitioning or identify with a nonbinary gender. Helms began using the flag at the 2000 Phoenix Pride parade and has since seen it displayed around the world, including a in recent photo from Peru.

“Time Out: The Truth About HIV, AIDS and You”

The majority of LGBT-tagged items in the catalogue are, perhaps unsurprisingly, AIDS-related. Things like fliers, postcards, movie posters and various other items designed to spread awareness and information about HIV and AIDS. This 42-minute video PSA (directed by Malcolm-Jamal “Theo Huxtable” Warner) features Magic Johnson, Arsenio Hall and a slew of other early-90s celebrities dispelling myths about HIV. It’s equal parts awkward, hilarious and awesome. Just look at the VHS cover. 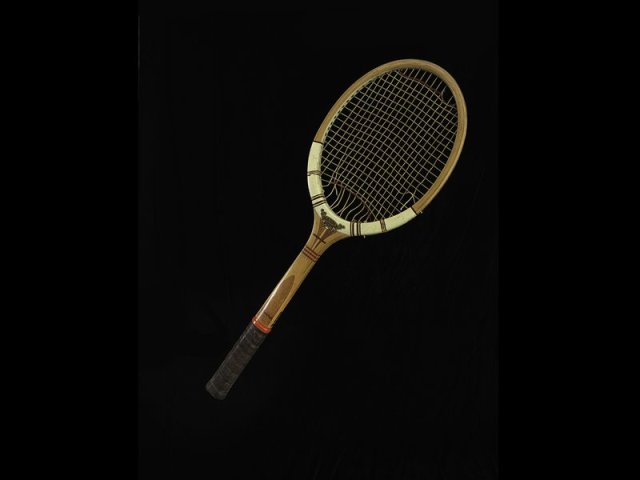 Renée Richards won the New York State men’s tennis title in 1964. When she transitioned 11 years later and sought to play as a woman, the U.S. Open claimed her assigned gender gave her an unfair advantage. The New York Supreme Court called shenanigans, and in 1977 Richards won the right to play for the women’s title. She lost the doubles final against Martina Navratilova and Betty Stöve but became famous as a pioneering trans athlete. Her racket and several other items, including a dress, were donated to the museum this year. 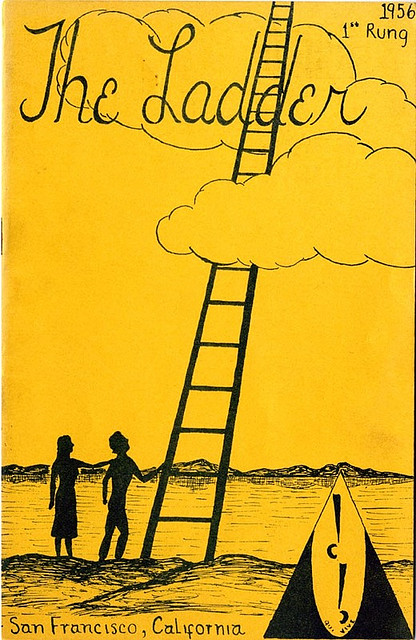 The Ladder was the first widely distributed lesbian periodical in the United States. It was a sister publication to ONE: The Homosexual Viewpoint, and together the two of them have my favorite magazine names of all time. Of course, being published by out queer men and women during the 50s and 60s, both magazines were frequent targets of obscenity charges and other attacks. The Smithsonian has a ton of old issues of both, each with as cool and provocative a cover as the last. The Ladder started as a mouthpiece for the Daughters of Bilitis and grew exponentially more radical, much like my enthusiasm for finding and reading this magazine the more I learn about it. 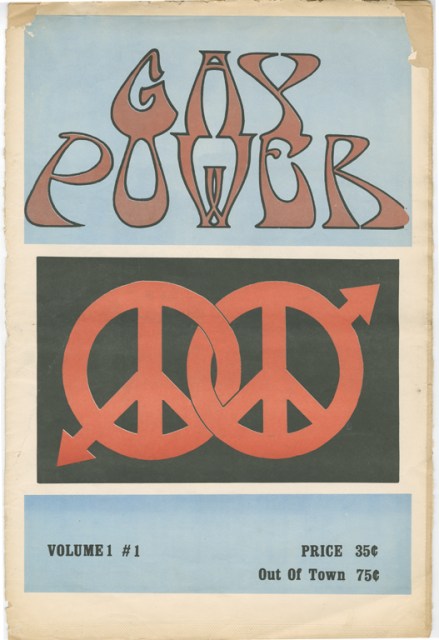 Apologies to those of you who are not also huge journalism nerds and don’t think that publications like these are just the coolest, but also I’m not sorry because JUST LOOK HOW COOL AND GROOVY THIS IS. Gay Power was the first biweekly gay newspaper, which churned out 24 issues full of “psychedelic covers, fantastic centerfolds, regular columns by Warhol superstars, astrological advice, and firsthand accounts from the front lines of gay activism,” according to the New York Public Library Online Exhibition Archive. I can only hope Autostraddle is one day described by such a glorious sentence.