The only math lesson that’s ever had any impact on me was when we started using punctuation to dress up those drab little numbers. I couldn’t even remember what it was actually called, so I just Googled “exclamation point in math,” because that’s what the factorial situation looks like: 4! 57! 69!

(That last one is, in my estimation, a little overly enthusiastic for what it actually delivers, but that’s none of my business.)

When we use these excited numbers  —  FOUR HELL YEAH WOOOOOO!  —  we multiply all the integers involved from the number on down. So HELL YEAH FOUR actually means 4 x 3 x 2 x 1, which is 24. So instead of cool, thrilled-to-be-itself four, we get a much bigger number, something different, something made up from a bunch of different relationships that lead up to four.

Feelings and numbers occupy some of the same space in my mind, because both flummox and interest me, and I often see patterns in both that I don’t have the language to explain (hence, this series, as far as feelings go). So it would make sense, then, that factorial numbers are like what I call primary and secondary feelings, or, feelings about feelings.

For me, it typically works like this: I have a real, human emotion, one that is too big for me to handle (this can be a positive or negative feeling, it’s the size that matters). If it’s too big for my system to handle, I’ll get uncomfortable, then I’ll start feeling overwhelmed, like a car you’ve been racing, pedal to the metal, down the interstate in Nevada, overheating worries be damned.

Let’s say someone I knew died. That’s a situation ripe for huge feelings  —  loss, sadness, anger, regret, confusion. I’ll find myself mired in sadness and mourning, which is absolutely normal and OK, but then, after a while, this terrible process will start in my head.

“Why are you so sad, they weren’t even your family,” that oily voice will say in my head. “You should be embarrassed at how intensely you’re feeling this, and it’s not even your pain.”

Suddenly, I’ll be ashamed of having had those initial emotional reactions, like I’m embarrassing myself by having feelings so close to the surface. If this were math, I’d write it as “Grief!” but in the factorial sense, as if I’m multiplying the grief with shame, sadness, and all the other little emotive pieces that make it up.

Before long, it’s a pile-up, and I’m not even sure what feeling I’m responding to, the primary one or the secondary, tertiary feelings that came after. 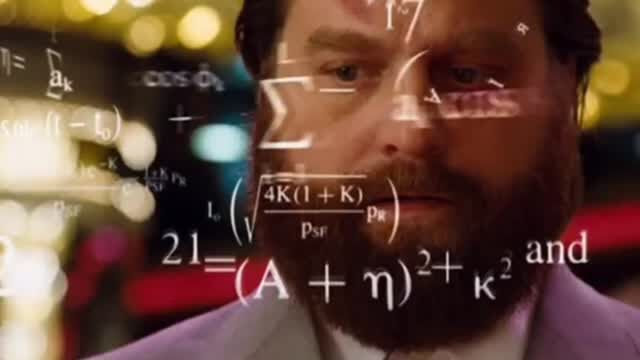 This is what it looks like inside my head when I’m feeling a lot
via vid.space

Here’s the key: The primary feeling is OK.

“Wait,” you’re thinking. “What? You hate feelings, how can one of them be OK?”

Well, aren’t you clever! (And your hair looks great today!) Yes, it’s true, I don’t love feelings, but that won’t stop me from having them, just like how thinking about it really hard won’t stop my allergies from flaring up around cats. So at this point, it’s down to parsing which emotions are real and therefore can be dealt with, and which ones are liars.

The primary feeling of sadness or grief after someone dies is a normal part of being human. Sometimes we just have feelings, and that’s got to be OK or else you’ll spend all your time with secondary emotions. We  —  and by “we” I’m including a very big shoutout to myself  —  need to learn how to accept that we have emotional responses and reactions to events in our lives. It’s all part of being alive.

But those secondary feelings, the ones that sneak in to say I should be ashamed of how sad I am because maybe I didn’t know the person or I wasn’t affected as much, those are the liars. Sure, they feel real, because in and of themselves, they are. A feeling of shame exists just as plainly as a stone  —  but in the secondary-emotion context, it’s a liar.

I shouldn’t be ashamed of having a big feeling, my therapist tells me, even if that feeling washes over me like hot garbage juice that leaked out of a big hole in the bag. The thing is, I’m starting to believe what she tells me.

So the goal now is recognizing that shame for what it is, and going to battle for myself, because it’s an easy fight to rationalize: That secondary feeling is not reflecting reality, even if it feels like it is. It’s not a fair fight, so the secondary emotion can be shouted down and ignored, a preacher who needs to find a different choir at which to yell.

I struggle with understanding which feelings are real and which aren’t, which is why I now have a built-in system: If I’m feeling worthless or like garbage, I check with someone else. “True or false: I am garbage,” is a text several lucky friends have received, and they’ve always responded in a way that reinforces the truth.

“No. Of course not. You are not garbage. You are amazing,” they’ll write, and it’ll make me want to cry, not only because of the sweetness, but because I feel so lost, so stuck in my emotions that I can’t see the truth of their words.

But instead of adding more shame to the pile, shame that I might want to feel for not being adept enough at emotions to immediately separate what’s real and what’s not, now I try to trust my friends, to believe them when they tell me the truth.

Because the truth is, our feelings are dynamic and complex and terrifying and exhilarating, and if they really are as infinite as math, what’s the harm in asking for some a few other brains to weigh in instead of insisting on becoming a math professor on your own?