Sometimes, when it comes to feelings, it’s a bit like being caught in a natural phenomenon, a river rapid on a blind corner, with a turbulent surface covering something that might be huge, something that might be a collection of smaller but still really hard things, or just one big easy dip and slide, something so right and safe but is still out of your control, making it more beautiful and rare.

I had that last moment – the one that’s beautiful and rare – with a four-and-a-half-minute cartoon made for children on Hulu. 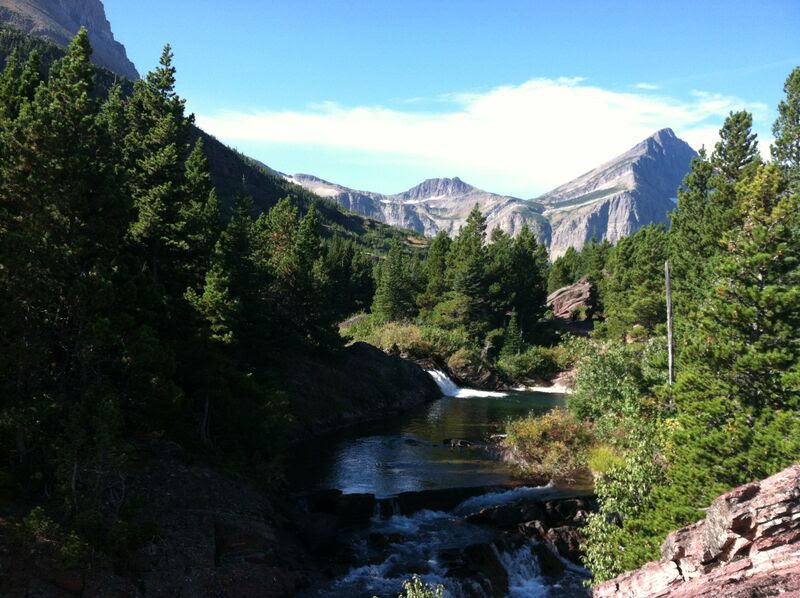 Part of the challenge in trying to reclaim one’s feelings again is giving up the illusion of control. It’s an illusion now because I was really only truly in control of the situation in front of me when all my feelings were tied down on tightly deck, ready for any surprise the turn in the river brings.

But nothing moved, so nothing moved me. I was numb to everything, from the neat to the messy. So I began the process of loosening up the control.

One of the ways I kept myself from feeling too much, thus something I’d have trouble keeping tied down if I had to pay attention to much else, was to avoid media I knew would cause capital-E Emotions.

It was a defense mechanism, really, because it was born out of my self-coming out timed nicely with a rash of really depressing lesbian movies, a là “Lost & Delirious,” in which the lovely Piper Perabo has an ignited and electric relationship with a fellow boarding school student at her all-girls school.

Now, if it had just been that story, that would have been an easy float, nothing rapid other than how their love story made my heart rate increase with its familiarity in a way I didn’t quite yet let myself understand.

SPOILER that’s now how it ends. It ends with one of the girls freaking out about being in a same-sex relationship (it happens), going out with a random dude to try to erase thoughts of ladies and replace them with thoughts of dudes (it can happen), then the jilted gal throws herself off the school roof and (NO NO NO NO NO NO WAIT WHAT) all of a sudden you’re thrown into the Class V rapid, the mean one with a nickname like Bonecrusher, the one surprising you around the blind corner when you’d been enjoying an easy ride.

Brutal. So I avoided most TV or movies that had LGBTQ people in them because for so long they were so sad or rote, which also made me sad.

Fast forward to last Halloween, when my wife and I were cruising through Hulu to find something to watch. I’m not sure how it popped up, or which of our spooky selections had triggered it, but up came a selection called ”Rosaline.”

It was a cartoon featuring a girl, and it was made for children. It was about four-and-a-half-minutes long and it was categorized in the LGBT genre.

“They wouldn’t kill a lesbian in a kids’ show,” I thought, though still slightly unconvinced they wouldn’t do just that.

The story is narrated by Teri Polo, who I know is a fan favorite around these parts, not because I’ve watched The Fosters (emotionally terrifying) but I’ve read some of the recaps, so I trusted Rosaline a bit more.

Everything checked out. I decided that if I was going to start watching TV with LGBTQ characters, I would start easy – that long stretch of slow river, the one without hidden rocks or holes, nothing catching you off guard but a lazy eddy.

But I underestimated Rosaline, as did everyone else in the show, I would learn. (I am now going to spoil this story like milk in a Tupperware on a hot day in Florida.)

Rosaline’s is a “tale that was never told” according to the narrator, one about a young woman who lived in a lovely cottage where she grows radishes (it all rhymes, which is charming and not annoying as I might have assumed). One day, she decides to visit her “sweetheart,” our narrator tells us, and Rosaline is off through the woods. 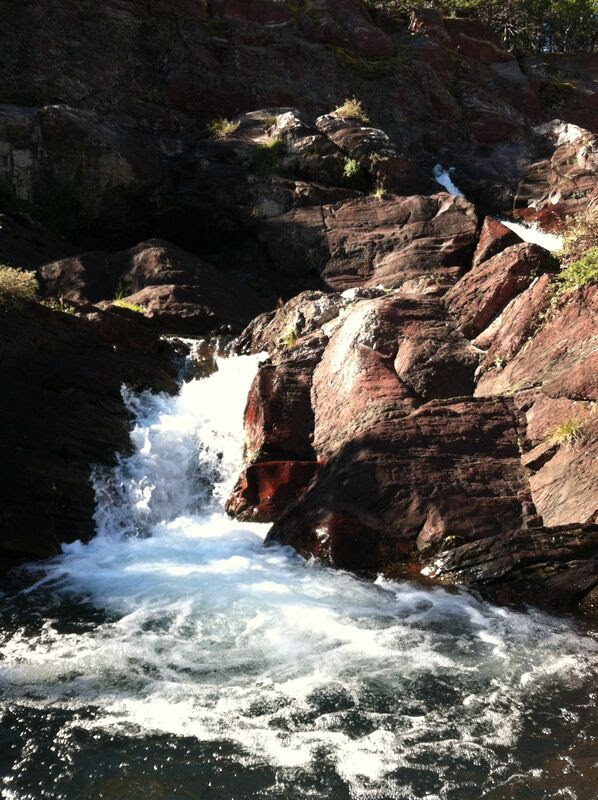 On her journey, she happens upon a cottage made of candy, home of a witch who has nefarious intentions for Rosaline because she offers her a roofie-apple. But Rosaline is smart – she knows what’s up. She switches the apple with a radish while the witch grabs her a glass of water, then she bites that peppery radish like a friggin’ CHAMP then goes on her merry way like “Peace out, witch.”

The witch is pissed, is like, “Holy smokes that Roofapple usually works on unsuspecting women!”

To which Rosaline replies coolly, “You hadn’t yet met me!”

Suddenly I’m invested. Rosaline isn’t just a story where they’ve gender swapped the characters, but one in which they gently teach lessons about life, about how to keep yourself safe in a way that still keeps you accessible to the world.

I’m close to tears at this point, and hoping the witch goes home to do some thinking about her life choices.

Next, Rosaline encounters a big bad wolf who stands on one leg the whole time for some reason, and he wants her basket, the one she’s bringing to her “sweetheart” who we haven’t yet met or know anything about.

She refuses to give into the bully, who then threatens the oldest wolf trick in the book with some huffing and puffing (sound like anyone you know?). While he starts to work up his huffs, Rosaline tosses the Roofapple in his mouth, knocking him out and allowing her to continue along.

The wolf is stunned, and says no one has ever outsmarted him like that.

“That no one has means almost naught to me,” she replies and I’m actually cheering for my new best friend Rosaline, even though this has existed in my universe for maybe three minutes at this point.

Next, Rosaline faces her toughest opponent, the one who scared me the most: her Fairy Godmother, who insisted over and over that finding Rosaline a prince to marry would be the way to happiness.

Well-meaning but narrow-thinking FG gets to work spreading fairy dust or whatever when Rosaline stops her. Our girl says thank you so much for the thought, but “every person’s wish is theirs, not always what they seem.”

AND SHE WALKS OUT AND I’M CRYING. 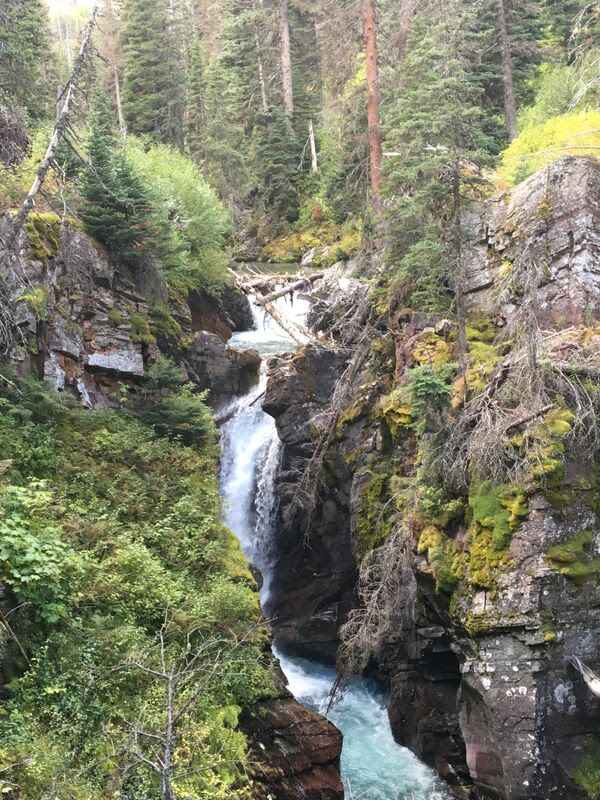 Rosaline reaches her “love’s” house and I assume I’m past the rapids, and then another young woman walks out, happy to see her. I think I made the sound of a deflating balloon at this point, when that placid stream took a blind dive into a huge rapid of feeling for me, one that I just had to trust would land me safely in one piece.

It did. Rosaline and her lady love get to have their time together, and they’re happy, because “she was the girl who Rosaline had always dreamed about.”

Four-and-a-half minutes was all it took to throw me back into this huge river of feeling, and it was exhilarating and rewarding and made me feel light and warm in a place that had been cold and damp for a long time.

If you’ve never seen it, I highly recommend it. I plan to continue working my way through the TV and movies I haven’t yet seen, hoping to conquer my fear one title at a time.