This week I was introduced to the whole new world of Disney Princess femslash by a member of my extended family who went berserk on Facebook because she found some Jasmine/Ariel fan fiction on her teenage daughter’s phone. I said to her, “Um, all Disney Princess stories are love stories. Are you saying there’s something wrong with Ariel loving Jasmine instead of Prince Eric?” And she said, “I didn’t think of it like that, I guess.” I commented back with Pusheen love and high-fived the fan fiction goddesses in the name of equality.

Then, I went looking for some Disney fic, and y’all, there’s some pretty dang cute stuff out there! Below are nine of the best fics I found.

Okay, fine. Eight of the best fics I found and one bonus fic that’s Disney Princess-adjacent.

A Girl Worth Fighting For by hapakitsune

Pairing: Aurora/Mulan
Plot: Aurora finds herself at the same college as Mulan, and she also finds herself falling in love with her.
Length: 5,000 words

She’s lucky, really, that in an Anaheim U sweatshirt and her hair pulled back from her face, she could pass for any one of the sorority girls who habitually hang out on the bleachers in the vague hope that one of the football players will notice them. It isn’t that Aurora is embarrassed, per se – it’s more that she doesn’t want to answer any questions about what she’s doing down there.

Down on the field, Fa Mulan is stretching, looking tiny and fragile next to the great hulking body of Hercules, but Aurora knows full well that Mulan is stronger than she looks. It’s impossible to see the flex of wiry muscles and strength from up here, and that’s probably the best since Aurora isn’t sure she would be able to stay coherent if she had to watch that up close.

“Wait, no, wait, don’t shoot!” Belle cried, hopping and untangling a cord from her foot as she followed the robot into the workshop. “Chip, it’s all right, she’s the ship’s security officer. She’s a friend.”

The robot whirred again, rescanning Mulan, but didn’t back down. “Friendship of intruder not proven,” it chirped.

Mulan slid her eyes to Belle, keeping her gun trained on the robot. “What will happen if I shoot it? Will it blow up?”

“No, but I do hope you won’t.” Belle fixed clear, earnest brown eyes on Mulan. “I’m trying to develop a companion-guardbot. I read about one in a story about – wait, that’s not important, is it. But I swear as soon as I’ve fixed this paranoia problem it’s going to be a darling.” She bit her lip. “If you drop your weapon I’m positive it will stand down.”

Perhaps Belle was supposed to be contented with rescuing a magical castle and its prince from the evil enchantment over it, but it started to chafe, the gowns and the servants and the books in the library full of pictures of places she’d still never been; places she would still never go. The heroines of so many of those stories seemed contented to start homes, to stop exploring, to leave their pasts behind, but Belle was nineteen years old and had inadvertently become royalty and she still hadn’t managed to go more than a few miles from the village where she’d grown up.

The thought of going back is a relief and a curse.

To Brave the Frozen Heart by greenhairedfae

Pairing: Elsa/Merida
Plot: What if Merida didn’t to marry any of her suitors because none of them were women?
Length: 8,000 words

Merida was very bored until she noticed the queen of Arendelle. The queen was covered from head to toe and wearing a heavy cloak to boot. In the middle of summer no less! But she didn’t look sweaty she just looked extremely confined and sort of cute. Actually really cute. She just looked so small underneath all of her heavy clothing. Merida loved the way her chin was shaped and how her lip held still in spite of the nervousness that she was no doubt feeling about taking the throne to such a large and prosperous kingdom. She liked the gentle slope of her small shoulders and how still she held her chin up, proud and regal in spite of her short stature. She liked how the queen walked gently across the floor keeping her head level in a continuous sweep. She never understood what her mother wanted to see in her walk until now. A walk was just a walk, a way of traveling from place to place stretching out her legs. But when the little queen walked, she understood. When the little queen walked, she made her status irrefutable.

adventure in the great wide somewhere by anabel

Pairing: Belle/Rapunzel
Plot: “Four different universes in which Belle could have met Rapunzel, and one in which she did.”
Length: 3,000 words

It was nice, Belle had to admit. Comparative endocrinology might be less confusing than small sticky humans, but endocrinology had never hugged her or begged for a pair of pythons for Christmas (on second thought, perhaps introducing Rémy to Chip had been where she had made her initial error of judgement). Her work was her child, but borrowing other people’s for field trips and Honorary Aunt duties wasn’t a bad job, all things considered.

Neither was spending time with a cute zoo employee, come to think of it.

“So,” Belle said, “tell me about how chameleons change their colors.”

Love Worth Waiting For by BooklandReeve

Pairing: Elsa/Mulan
Plot: “Every child is born with the name of their true love in the palm of their hand, but the marks on the palm of Elsa’s hand are broken and meaningless, and it must be kept secret.”
Length: 15,000 words

Later, in the quiet of her ice fortress, Elsa will laugh at the realization that only a person with the luxury of a true love would be so foolish as to say it didn’t matter. If she had only said – if Anna had known what Elsa had done for the sake of her chance at true love – then she would not have agreed to marry Hans without even asking him to remove his glove, would not have accepted his blithe, too-quick, ‘Right, that’s my given name, but everyone calls me Hans,’ would not have labeled the first flush of attraction as a destiny born and written.

She will replay the look of shocked pity on Anna’s face at the sight of her meaningless palm over and over, perhaps for the rest of her life.

Whispers and Wishes by JE_Talveran

Pairing: Aurora/Maleficent
Plot: What if that leaked first draft of Maleficent was the real story?
Length: 50,000 words

“Come on,” Maleficent tugged carefully, maneuvered the girl from her spot on the moss and up into the tree. The branches are wide and secure, and within the very center formed a haven to rest one’s weary head upon. It is here that Maleficent guided Aurora, and it is here that she took watch nearby. With Diaval settled upon his roost, and the Princess quick to fall into the oblivion that sleep could bring, Maleficent found herself awake long after the moon had climbed high into the sky. The day repeated in her mind again and again, and her thoughts went further back, to a boy who had once given up something precious just to hold her hand.

Only when the first rays of dawn lanced gold and pink over the eastern sky did Maleficent finally succumb to sleep herself.

Magic in its Own Right by thelinksthatconnectus

Pairing: All the Princesses
Plot: An enormous collection of femslash drabbles!
Length: 20,000 words

It was a kiss to her cheek that really woke her up.

“Ugh?” Elsa sat up, rubbing the side of her cheek with two of her fingers.

“Elsa, it’s time to wake up!” Rapunzel beamed. “You need to get dressed so that we aren’t late for breakfast.”

Elsa nearly responded that the servants wouldn’t mind (not to mention that Anna and Kristoff were often late getting up as well), but instead remained quiet. Like in her dream, Rapunzel could not help but make her smile.

Elsa pulled herself out of bed. “And a good morning to you.”

Carmilla and the Disney Marathon by KittyKarnstein96

It was 3am when Laura finally fell asleep. After hours of arguing with Carmilla about almost every Disney movie she owned, Laura finally gave in and let her eyes close, her head resting on Carmilla’s chest as the vampire stroked her hair softly. Carmilla was exhausted, watching numerous animated films one after the other was definitely not her idea of a good time. After the 5th film she’d decided to ignore the cheesy singing and irritating characters. Figuring that making comments was irritating Laura she decided to actually watch the films, realising that she found a likeness with the villains over the heroes. Something that did not fail to anger Laura, Carmilla received many scrunched up faces and sharp nudges when she laughed at the villain’s antics instead of praising the heroes.

T/F: 80 percent of all queer women identify as Belles. 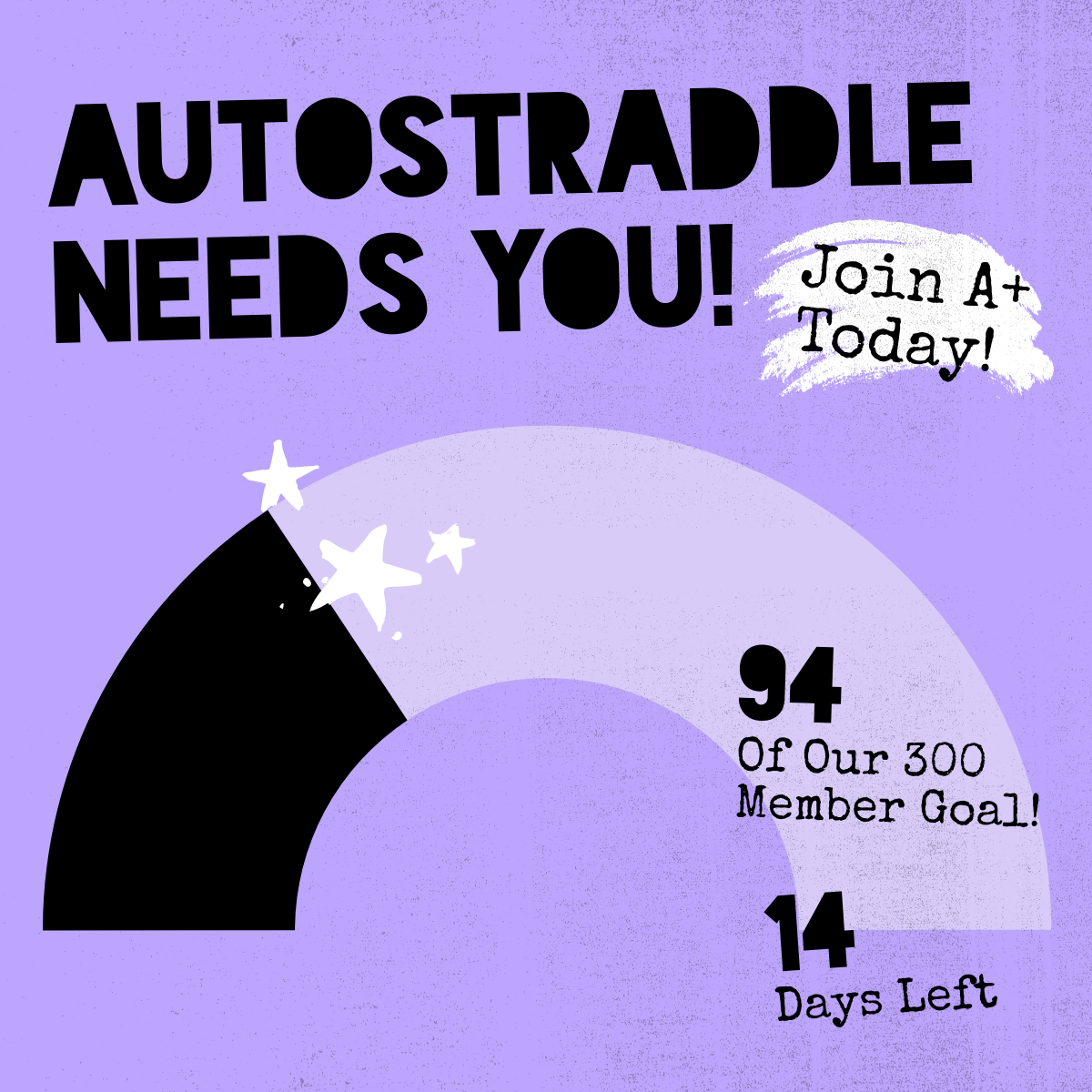