I don’t remember how it started, but I think it was Stef’s fault we all started comparing Halloween costumes we wore as kids. Sharing pictures of yourself ridiculously dressed as a child is so satisfying, because before a certain age, it’s really not embarrassing for you at all. It’s only embarrassing for your parents. My mom, the original Thing-Maker, made all of my costumes as a kid, so I was pretty much whatever she thought would be cute. I think this is a common theme in childhood costumes. Here are some other themes I’ve found.

1. Most kids, at one point or another, were pumpkins: 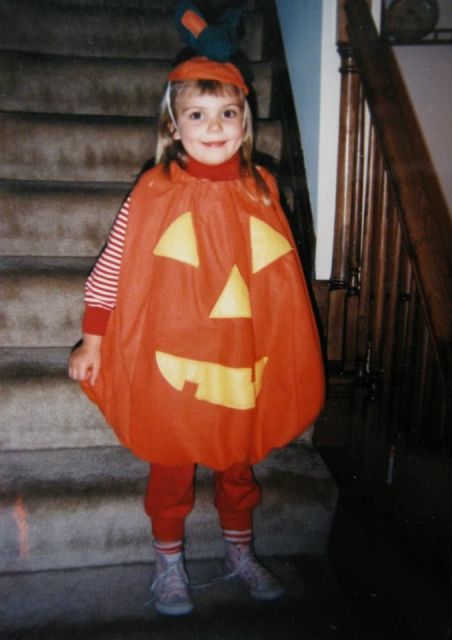 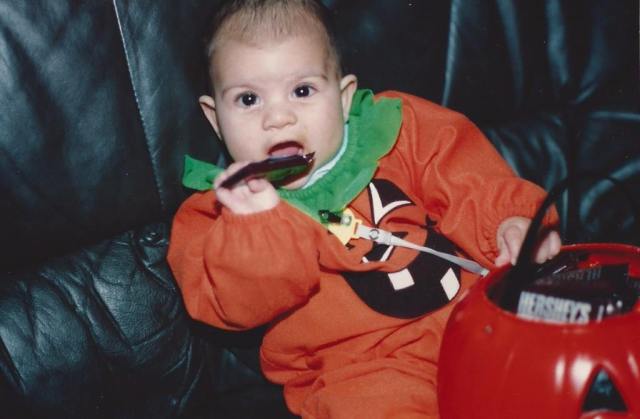 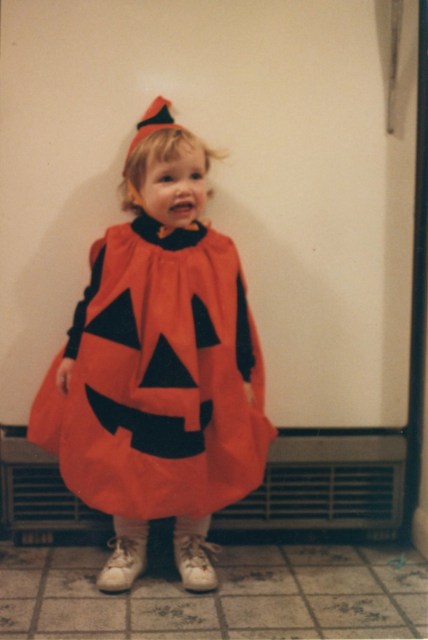 2. If not pumpkins, other awkwardly boxed objects: 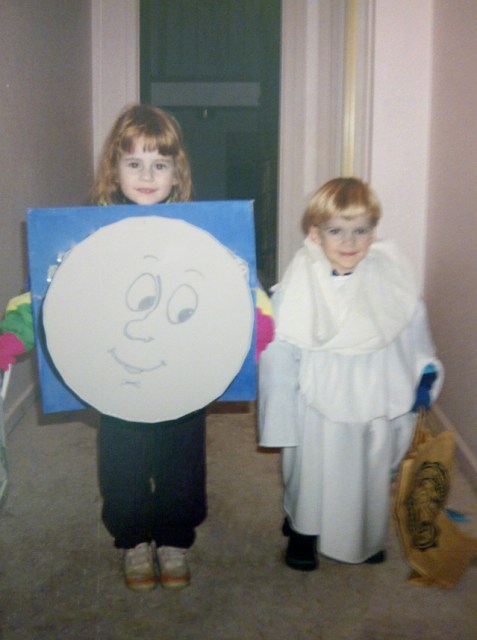 “One year I was Thomas the Tank Engine. My brother started out as Edward the Blue Engine but he was too little to walk around inside of a giant moving box so he was a ghost instead. My dad went as a conductor and had a whistle. This costume is my childhood favorite because it was particularly elaborate and home made in a way that most of my childhood was not (later I was a ballerina or a witch or a writer dying of consumption or, when I found a billowing long black cloak with a dramatic sweep, Death, and my brother was Batman).” -Carolyn

3. There will never be a picture of you and your siblings that isn’t super awkward: 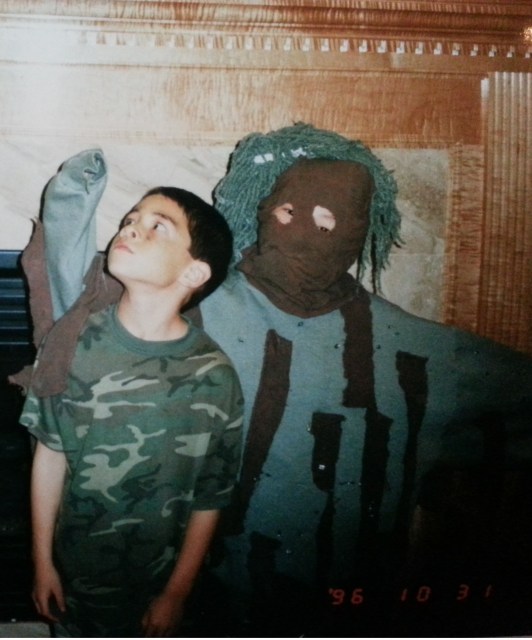 “Me and my brother. Can you tell that I made this swamp monster costume myself?” -Laura M. 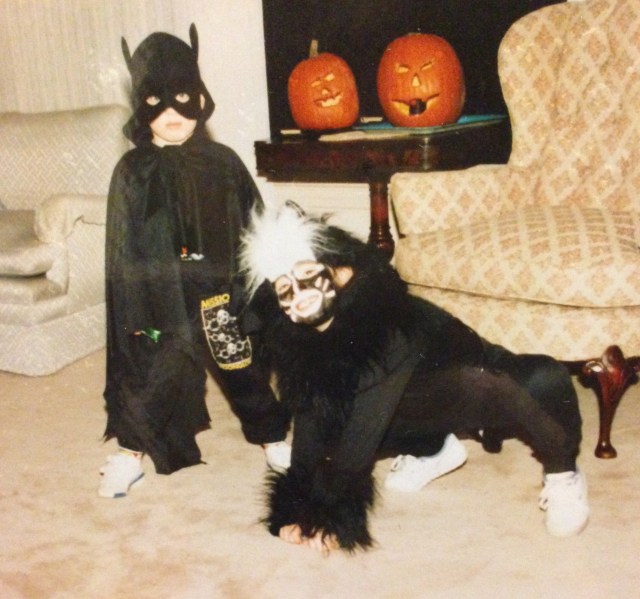 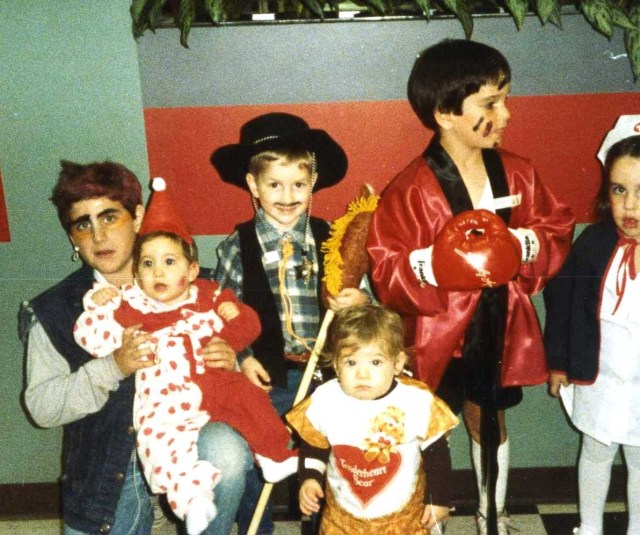 “I’m the Care Bear… the only person who made it out of that picture with any dignity.” -Stef 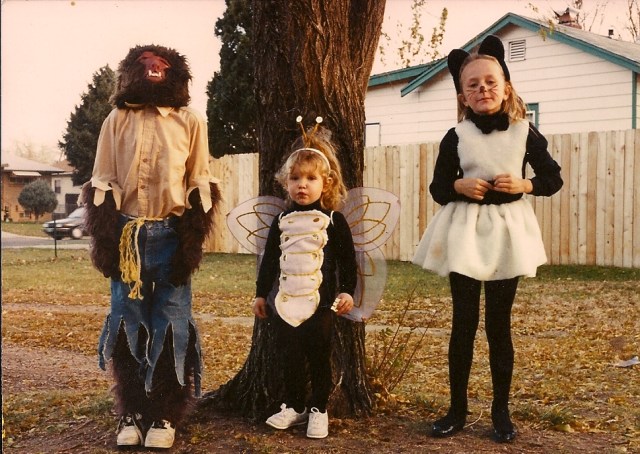 4. Except for this picture in which Vanessa looks perfect and adorable: 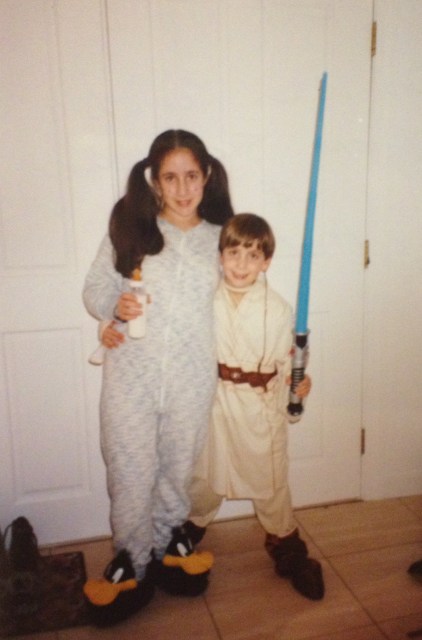 “Here I am with my baby bro. A bunch of girls had these pj’s because they were “cool” that year. Go team.” -Vanessa

5. Fashion of the times seems to sneak into Halloween costumes. For example, jellies!: 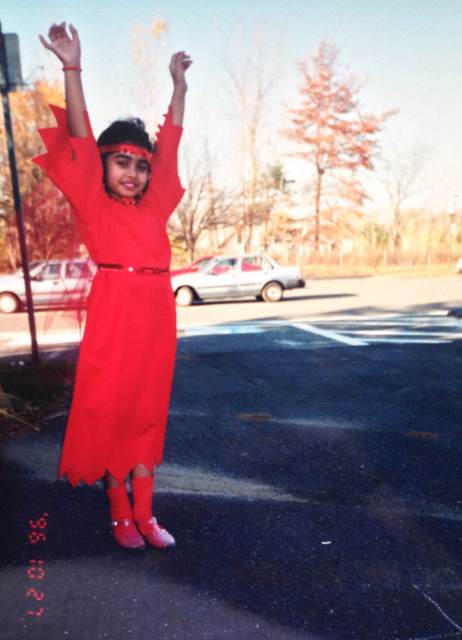 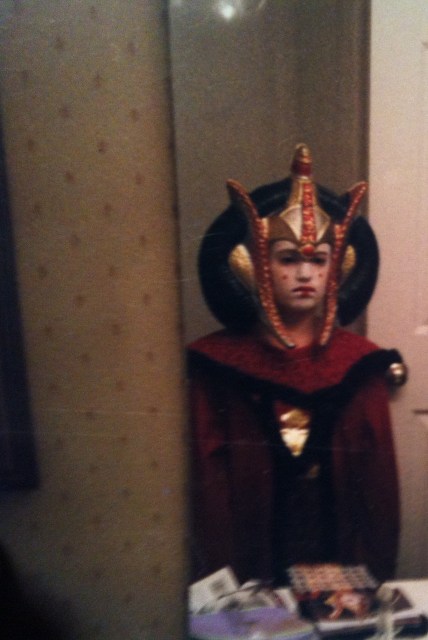 “Here I am as Queen Amidala, circa 1999. If I look a little solemn, it’s because I’m either in character, or still mad at my parents for not letting me be Xena. (Really, it’s probably both.) Other favorite costumes of yore have been the Pink Power Ranger, Meg from Hercules, and a lady knight. I may or may not still have the toy sword.” -Hannah 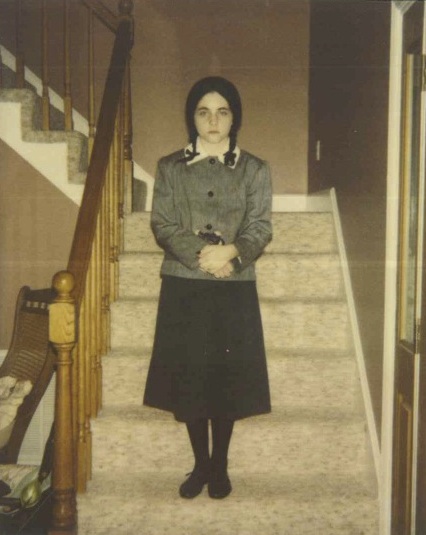 There will never be anything more amazing than Laneia as a Wednesday Addams.

7. Stef wins the award for cutest child in an animal costume: 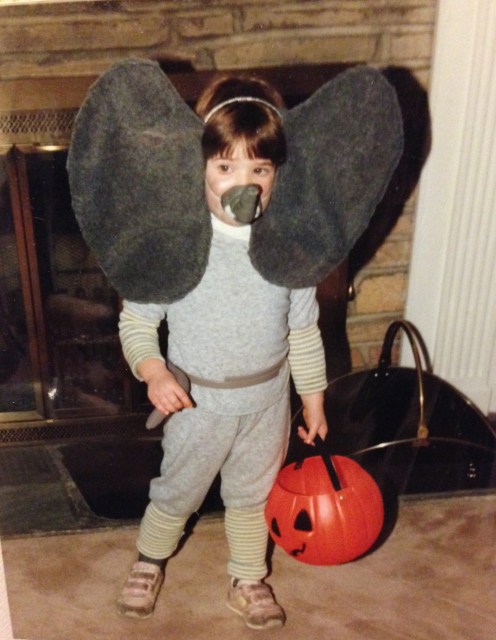 “If you open this image in a new window to witness it at full size and then zoom in, you’ll notice that I”m reading a book about Thanksgiving, clearly illustrating that I’m ready to move on to the next thing. This is very forward-thinking/psychic of me.” -Riese

What was your favorite childhood costume? What do you think that says about you? How old is too old when it comes to trick-or-treating? Happy Halloween Homos!