Last Friday night, as ABC’s Once Upon a Time was getting ready to roll out its new LGBT character — who was ushered in with such promises as “they exist in the world” and “we are planning to do it” — I made the bold decision to skip it and try Facebook’s new streaming TV service, specifically the Mia Lidofsky comedy Strangers. And boi, am I glad I did! I devoured all seven episodes in one sitting and enjoyed more legitimate queerness in that short time than most broadcast TV networks manage to eek out across all their shows in a whole year. It’s not just the quantity of queerness, though; it’s the quality. Of the writing, yes: Strangers feels so relatable. But also the quality of the series as a whole. The acting, directing, editing, heck even the color correction. It’s like a hazy days fever dream of a future where it doesn’t take seven seasons to get a vague throwaway line confirming a fictional character’s gayness. 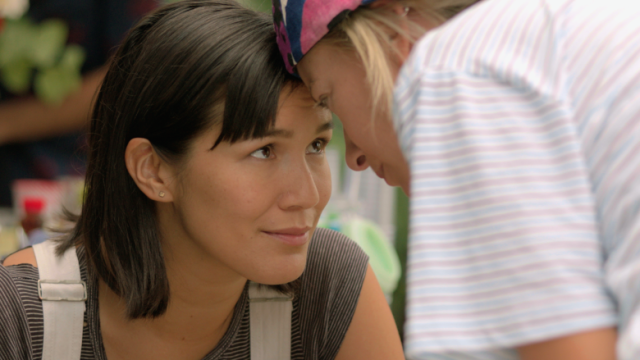 Okay, it does start out with a trope. Isobel (Zoë Chao) finds herself newly single and questioning her sexuality after cheating on her boyfriend with a woman. Everything after that, though, is fresh and wonderful. To make up the rent she loses in the breakup, Isobel starts taking in tenants from an Airbnb-esque website. Each episode brings a new guest that forces Isobel to relate to the world in an uncomfortable way. There’s a couple on their honeymoon, a rich white guy working on a screenplay, a therapist, a queer pastor, and Jemima Kirke who plays Jessa on Girls playing basically Jessa from Girls. Helping Isobel navigate her newly single, newly queer, newly rented-out life is her best friend Cam (Meredith Hagner), and they’re going to give you hardcore Alice and Shane vibes (but upgraded).

Which brings me to the neat surprise that Isobel’s therapist tenant is played with bright, loving queerness by Leisha Hailey. Isobel meets a girl and it’s so good. But also complicated. She meets a guy and he’s actually pretty great. But that’s complicated too. And then there’s the strangling anxiety of having a fight with her lifelong friend. Isobel talks through it all with Dr. Pieszecki. It’s actually a pretty wonderful juxtaposition, seeing The L Word‘s resident bisexual character who participated in some of the most bi-loathing conversations in that show’s bizarro bi-hostile history sitting across from a bisexual character who is also lovable but consistently and conscientiously written. From premium cable to streaming on a social media platform. What a weird time to be alive! 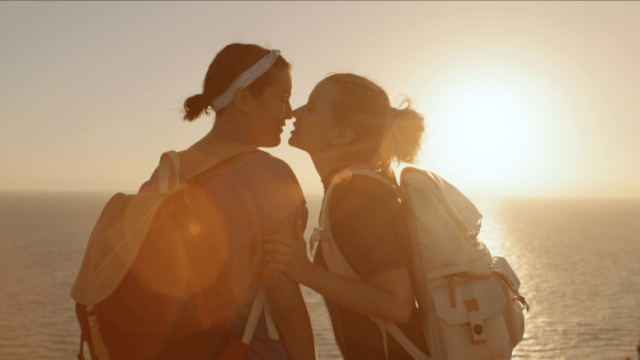 The main love story in Strangers will get you in your guts. It’s sweet and real and sexy and sad and hopeful and man we have all been there. (Or we all will be.) On both sides of it. I still haven’t adapted to this brave new TV world where women crawl all over each other nakedly with the lights on, just casually kissing multiple times every episode right on their mouths. The cavern is getting wider every day between what ABC and CBS and NBC are willing to be needled into showing and what streaming platforms are just doing because it’s life and guess what gay people like smooching too. 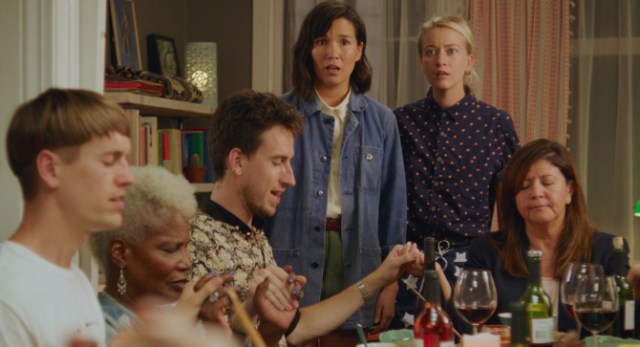 My favorite part of Strangers, though, is that it’s just really, really funny. Take My Wife, One Mississippi, One Day at a Time, and Master of None have rendered the U-Haul joke obsolete by proving there’s a way to let queer people in on the laughs without perpetually using the same stale punchlines. Strangers is part of that new breed of comedy. The queer pastor who stays with Isobel believes in post-gender Christianity and the theology she espouses over dinner with her congregation is one of the best and most hilarious things I have ever witnessed. Lidofsky makes jokes for us, but she also gently pokes fun of us — because she’s one of us.

Heather has written 1411 articles for us.