This morning, everyone’s favorite talk show host/Portia de Rossi’s spouse took to Twitter for a big announcement: She’s hosting the Oscars next year! This is the second time our dear Ellen DeGeneres will lead us the hours of skits, monologues, and the inevitable awkward celebrity appearance that make up the Academy Awards. Sure, there will likely be performers of color snubbed, and they’re going to give out a bunch of statues for jobs we’re pretty sure are made up — but hey, who doesn’t love a good Hollywood circle-jerk?

Reviews of Ellen’s 2007 hosting gig were pretty positive. In my humble opinion, she’s only gotten funnier since then, so my hopes are up. Regardless, absolutely nothing could elicit more rage-filled eye-rolling from me than last year’s Seth MacFarlane show, which saw an increase in ratings despite critiques from just about everyone out there. 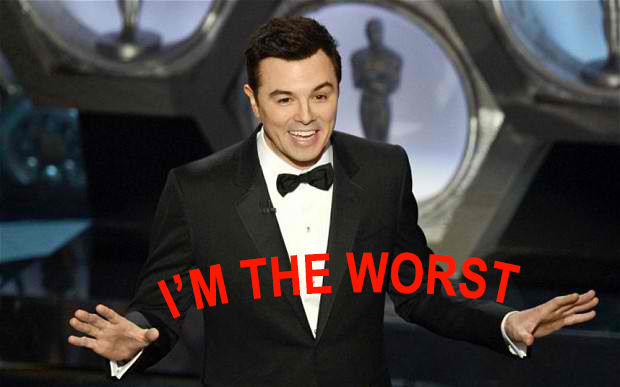 Yes, you are.
via telegraph.co.uk, edited by Kaitlyn

MacFarlane’s show was awful almost to the point of self-parody, so it makes sense the Academy would pick someone a little more family-friendly to follow up. You can always count on Ellen to make good clean fun somehow hilarious. It’s also worth noting that ABC, which broadcasts the awards, was the home network for “Ellen” in the 90s, when both the title character and the actress came out as gay. Maybe that means this year will include another coming-out speech from a famous actress?

The 2014 Oscars aren’t until March, so Ellen’s got plenty of time to prepare a good show. If worst comes to worst, though, she can always just cancel the awards and put Gladys on speakerphone for a few hours.