Sometimes you want queer ladies to get a nice happily-ever-after but you want them to have to really work for it, you know? That’s where this month’s Ask Your Friendly Neighborhood Lesbrarian question comes in. Here it is:

Hi Casey,
I have a request for book recommendations, if you don’t mind. I just started reading lesbian romance novels, and am enjoying them, but find myself wishing for a little more angst than the typical Bold Strokes Books title offers. One title I really liked this year was Smoke and Fire by Julie Cannon – the trauma that one of the main characters, Nicole, had experienced and her difficulties in having intimate relationships, as well as discussion of her extensive scars and her being nervous about them, really did it for me. Do you have recommendations for f/f romance novels that aren’t entirely fluffy? What are the must reads? Thanks very much.

Angsty lesbian romance coming right up! These are mostly contemporary romances, but I also managed to find a few historicals. The reasons for the angst are diverse: internalized homophobia, grief for a previous partner who passed away, past abusive partners, addiction, and more. The great thing is that because these are all romances, you are guaranteed love, healing, character growth, and a happy ending for everyone.

The Goodmans by Clare Ashton 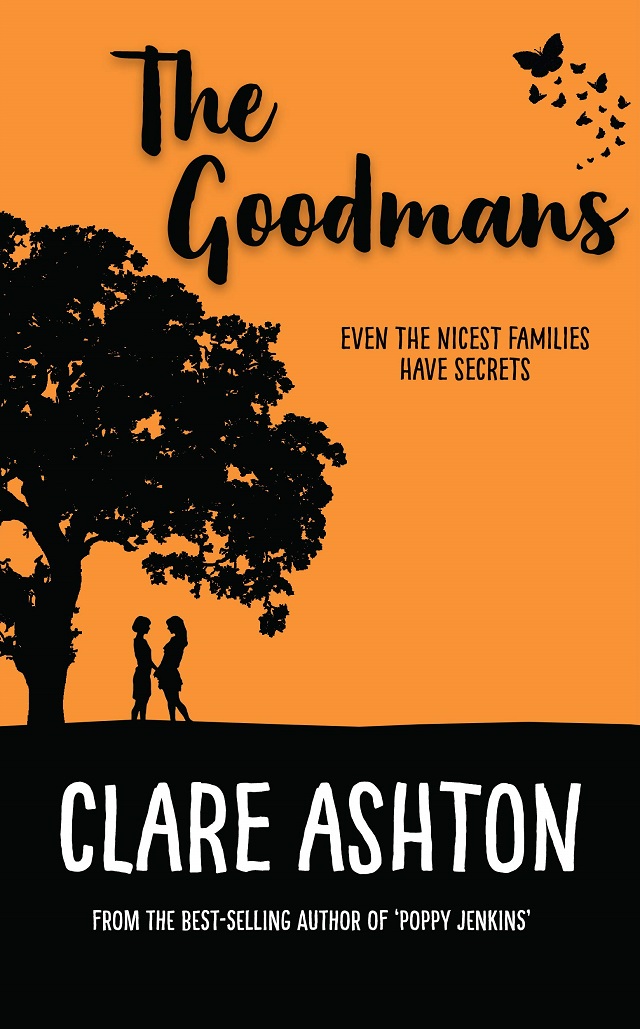 Are you ready for some quaint English town lesbian angst? The Goodmans has not one but TWO romance storylines, as well a complex mother-daughter relationship, small town politics, and divorce. Abby Hart is a doctor in the town of Ludbury and she’s been all but adopted by the Goodman family, who she lives with. Jude Goodman is Abby’s best friend from university … and Abby is in love with her. Jude, however, is for all intents and purposes straight. When Jude’s younger brother comes to town, it looks like the Goodmans will have the chance to all be together as one happy family. Except Jude’s mom Maggie is waiting to tell her kids she and their father are getting divorced. When an almost forgotten piece of Maggie’s past returns and Jude finds out about Abby’s feelings, things get real complicated.

That Could Be Enough by Alyssa Cole 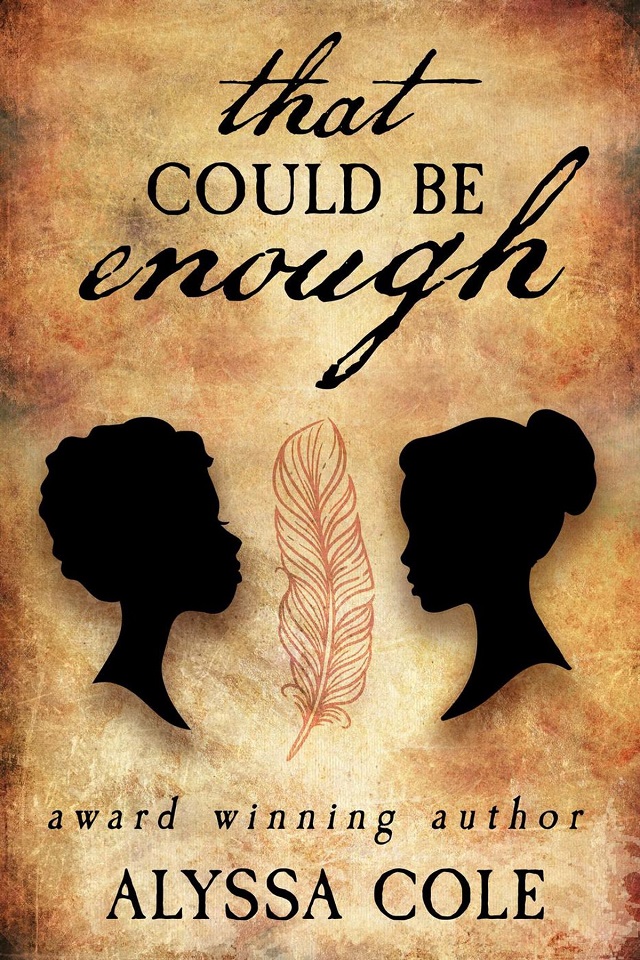 This lesbian love story set in early 19th century New York is described in the blurb as “angsty but fluffy,” which sounds like the best of both worlds! Part of a series of romance novellas inspired by the musical Hamilton, That Could Be Enough features two Black queer women, Mercy and Andromeda. Mercy Alston is a poet and maid and assistant to Eliza Hamilton. Her past heartbreaks — and bearing witness to Eliza’s obstinate attempts to preserve her late husband’s legacy — means she avoids love at all costs. When vivacious dressmaker Andromeda Stiel appears at Hamilton Grange to interview Mercy about her late grandfather’s service in the Revolutionary War, Mercy’s resolve to not fall in love is tested. But in Mercy and Andromeda’s day and time, is their growing love enough?

The Sex Therapist Next Door by Meghan O’Brien 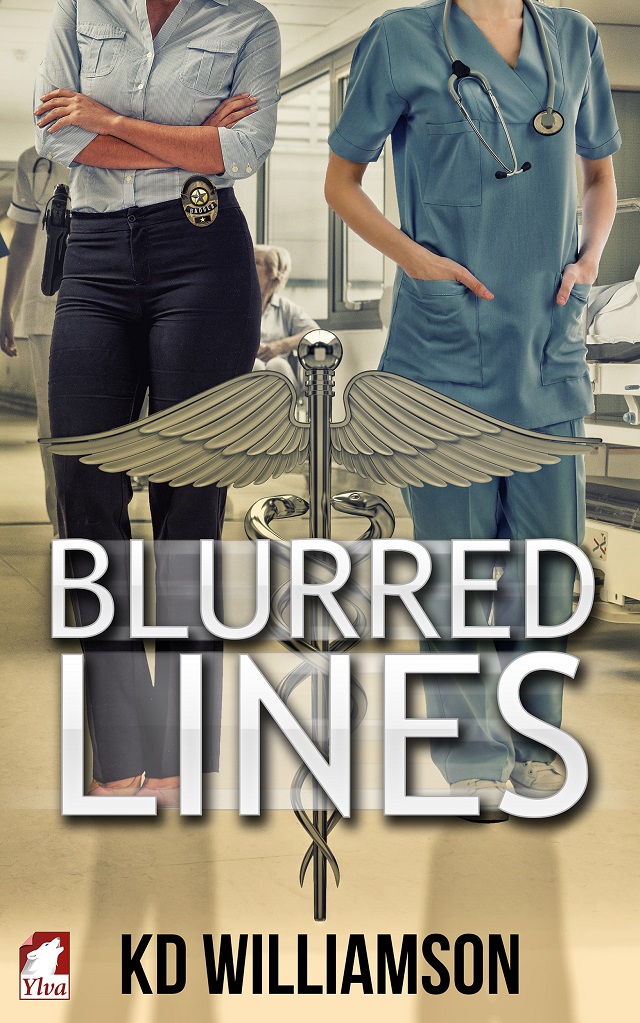 This medical / police romance (the first installment in Williamson’s Cops and Docs series) is about two women with major walls up. Kelli McCabe is a foul-mouthed police officer with a tough exterior covering her loyal, kind nature. Nora Whitmore is a bisexual surgeon with a cold, controlled demeanour that has earned her an ice queen reputation with the residents who work under her. When Kelli is shot on the job causing an extended at the hospital, pushing the uptight doctor’s buttons turns out to be an entertaining way for her to pass the time. Over the course of this slow burn romance, Kelli and Nora move from trading snarky remarks to friends to lovers, all while addressing the angst they’ve been carrying that’s keeping them from really connecting.

Other Girls by Avery Brooks 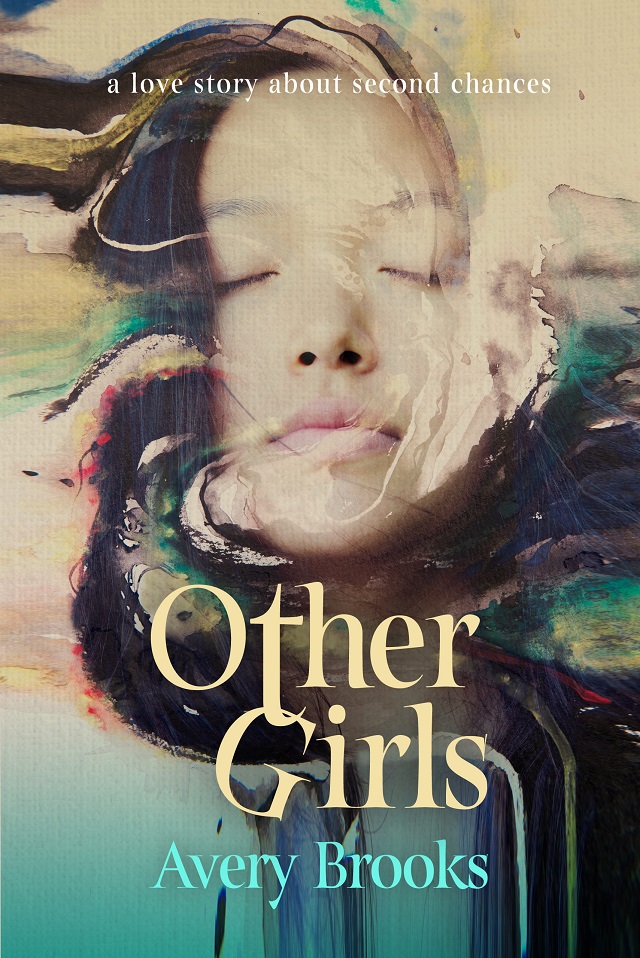 Samantha Parker lost her wife suddenly three years ago, and since then has focused on caring for her five-year-old son Jake. Life has lost a lot of its shine, but Sam gets through each week with the help of her best friend, family, and her beloved softball team. Amidst their winning streak, someone from Sam’s past moves back to her hometown of New Orleans and joins the team. Ashley Valence once made Sam’s life hell when she bullied her back in school. But there’s more than one kind of tension on the softball diamond, as Sam’s old feelings of anger mix with an undeniable chemistry between the two women. Just as Sam is getting close to following her heart and letting go of past hurts, Jake’s experiences with bullying at school bring back a rush of suppressed feelings. Can Sam and Ashley recover from Sam’s lashing out? Can Sam ever truly trust Ashley?

The Lady’s Guide to Celestial Mechanics by Olivia Waite 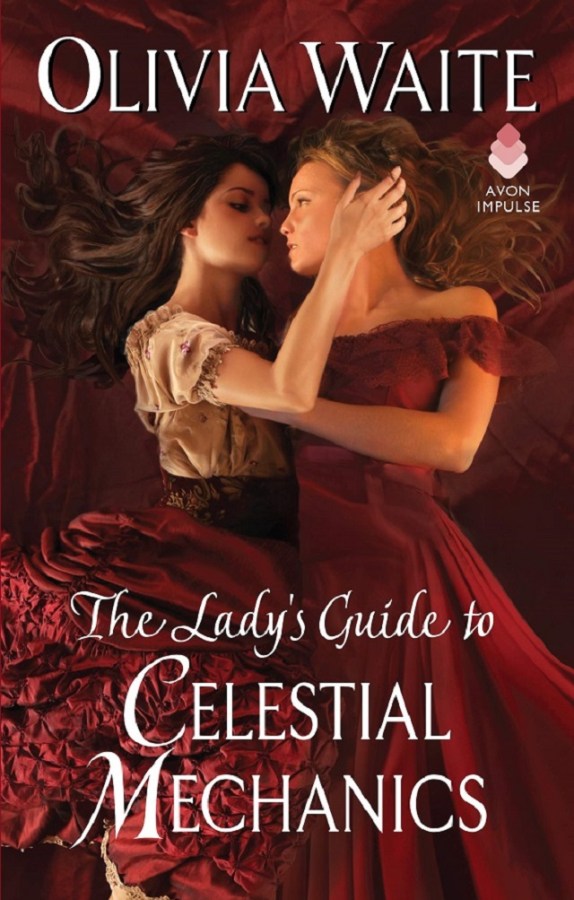 Lucy Mulchelney is an aspiring astronomer grieving the loss of her former lover who’s just married a man she doesn’t love. Catherine St Day is a Countess widow of a famous scientist who subjected her to his intense anger issues. She has been left with fulfilling her late husband’s legacy. When she posts an ad looking for someone to translate a complicated French astronomy text, she doesn’t expect the person answering to be a woman that takes her breath away. As Lucy stays in Catherine’s castle to do the work, the two women grow closer. In the Regency period, not only do Lucy and Catherine live in a world steeped in homophobia, they also struggle with the devaluation of relationships like theirs that don’t end in marriage. Both of these deeply set and well-founded insecurities form the basis for this book’s subtle angst.

The Fling by Rebekah Weatherspoon 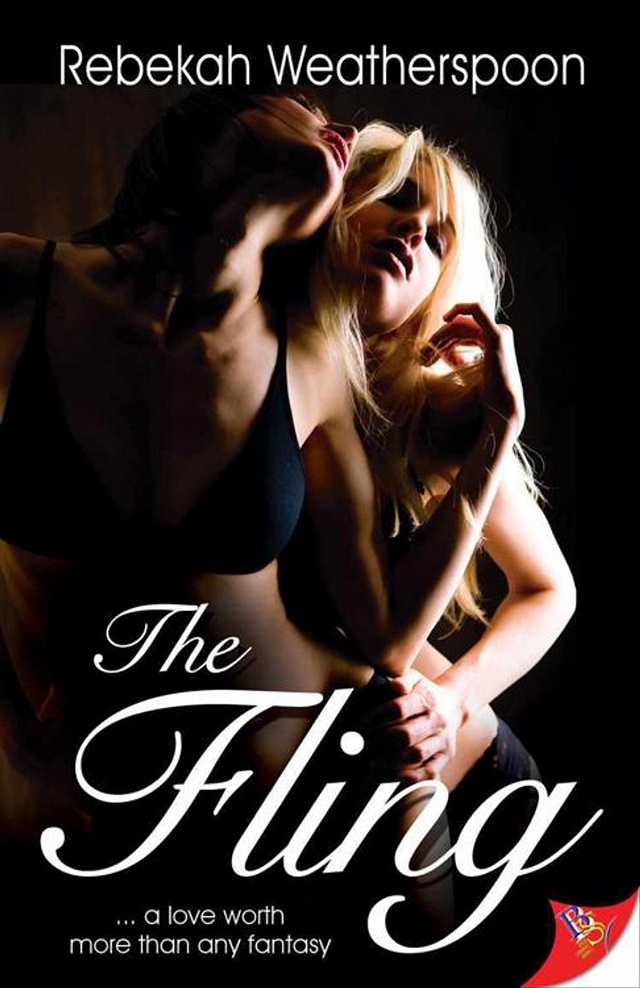 Would you like your angsty lesbian romance to start right off the bat with a super hot sex scene (and many more to come)? Try The Fling. Annie Collins is supposed to be marrying her college sweetheart — a man — in 3 months. While her fiancé is away on a trip before the wedding, they both agree that they can each have one last fling. This works out especially well for Annie, who’s been finding it impossible to suppress her attraction to her personal trainer, Oksana Gorinkov. What was agreed on both sides to be a one-night stand becomes a full-on affair. After a month, Annie is afraid that her heart might belong to Oksana. But can their blossoming relationship survive Annie’s engagement and Oksana’s baggage from her previous relationship?

Burn It Down by K. Aten 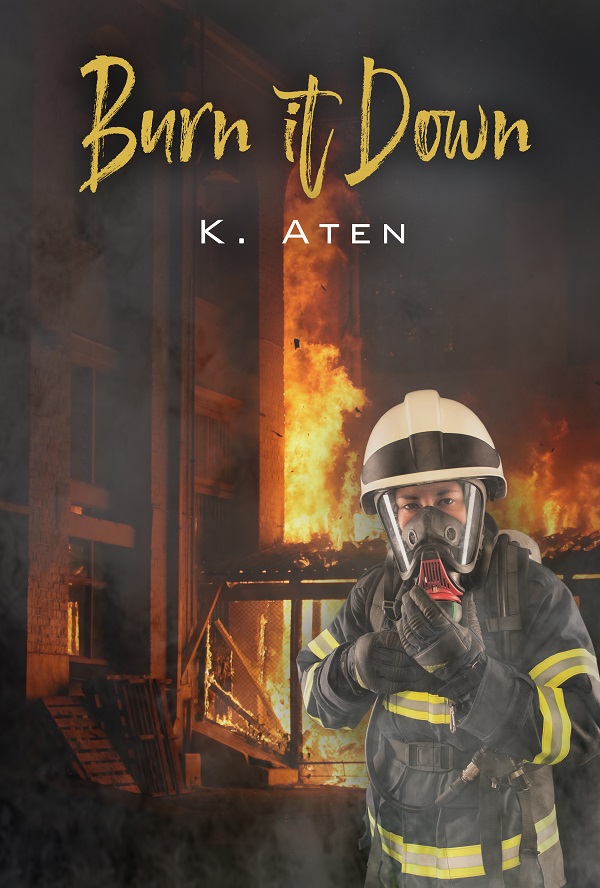 Ash Hayes is a butch firefighter with a history of addiction and childhood trauma. When an especially bad fire resulting in the death of a fellow firefighter leads her to take time off work for mental health, Ash sits at home struggling with guilt. In comes Mia Thomas, a thoughtful compassionate femme nurse who has just moved in next door to Ash. The opposites-attract become hesitant friends and both feel their mutual attraction. But Ash can’t help feeling she’s broken and that being broken is not something that works in relationships. Helping people heal is in Mia’s nature. But Ash is going to have to do the hard work herself, along with her therapist, to work with her grief and pain.

Special thanks and shout-out to Tara Scott, who is my go-to trusted source for everything f/f romance! She writes book reviews for all sorts of places and you should definitely check them out. The Lesbian Review is also an excellent resource for all things queer women romance. For more angsty romance, have a look at their Dramatic Romance Novels with lots of angst tag!

Have a burning request for queer books that you want to read but can’t find? Let me help! Write me an email at stepaniukcasey [at] gmail.com, post in the comments below, or send in an A+ message. There’s nothing I love more than sharing queer books.