After this summer’s Secret Wars Mega Crossover Event, Marvel is resetting itself with its All New All Different rebranding. While it’s not as much of a reboot as DC’s New52 was, there are still going to be some pretty big changes (Miles Morales is in the regular 616-Universe! Laura Kinney is the new Wolverine! Inhumans are now more important than mutants?) and a whole new slate of comics, including a whopping 19(!) female-led titles! Needless to say, I’m super excited that there are this many titles starring women, and you know I’ll be reading a bunch of them. With that in mind I wanted to count down the list of how much I’m excited for each title, starting with the one I’m most pumped for.

Even if a book is low on my list, it’s still probably going to be more fun to read than most of the male-led titles out there. 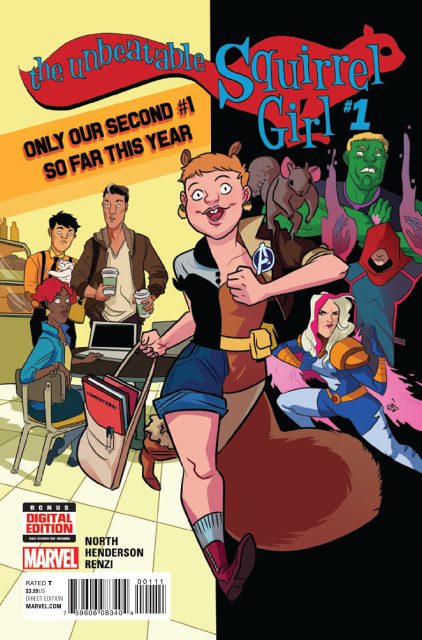 This was my favorite superhero comic before the relaunch, and with the same creative team behind it, I’m expecting it to keep that position in it’s new form. Ryan North and Erica Henderson are making one of the funniest, freshest, smartest and most action-packed comics out there and if you’re not reading it already, here’s your chance to start. 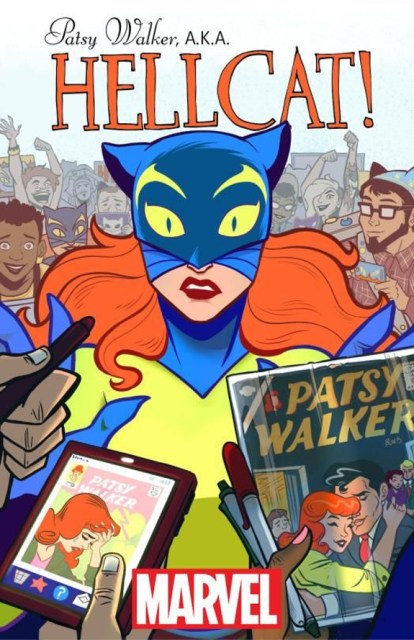 Okay, I know I’m probably gonna get some hate for putting this above Ms. Marvel, which has been one of the consistently best comics around since it’s first issue, but I’m excited about everything about this book. I love Hellcat the character (if you don’t know anything about her, check out the recently way-too-short She-Hulk series); I love the premise (Patsy is a twentysomething superhero whose mother used to write “weird romance comics about her teen years and her childhood frenemy has reprinted them”); I love Kate Leth, the writer and I love Brittney Williams, the artist. I honestly can’t wait for this book to come out. 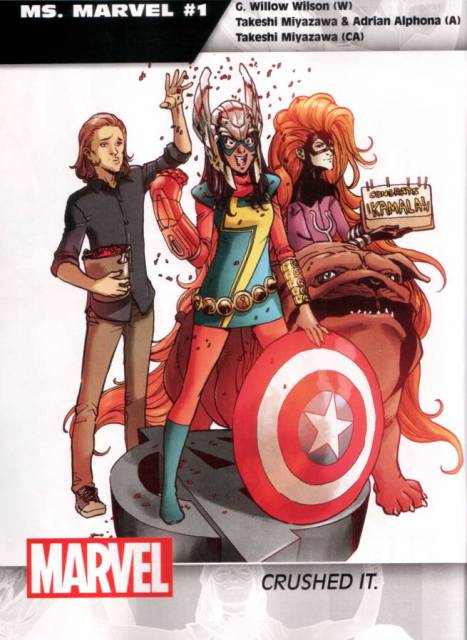 See? I didn’t put Kamala too low on this list, and really, these top three are in many ways interchangeable. Ms. Marvel is a super incredible book about a Pakistani-American Muslim teenage girl who’s kind of a nerd and totally a hero. Few people have been able to write teenage superheroes as well as G. Willow Wilson. This is a must-read book. 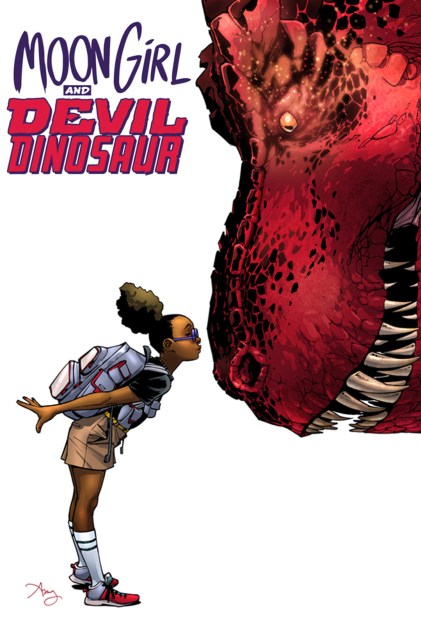 Seriously, how cool does this book look? It’s about a preteen genius named Lunella Lafayette and her friend, a giant red t-rex named Devil Dinosaur. Like come on, this is like the dream comic of 12-year-old me. 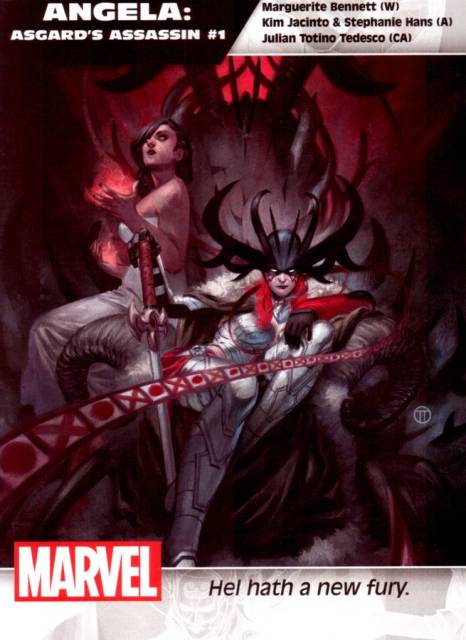 Marguerite Bennett is one of my favorite writers, and I was a big fan of the previous Angela: Asgard’s Assassin series, so I can’t wait to see this book, which will feature what I can only assume is going to be gorgeous art by Stephanie Hans. It seems like the main drive of this series is about Angela’s quest to save her gal pal Sera (one of the few trans characters in comics and a perfect foil for Angela) from the titular Hel. 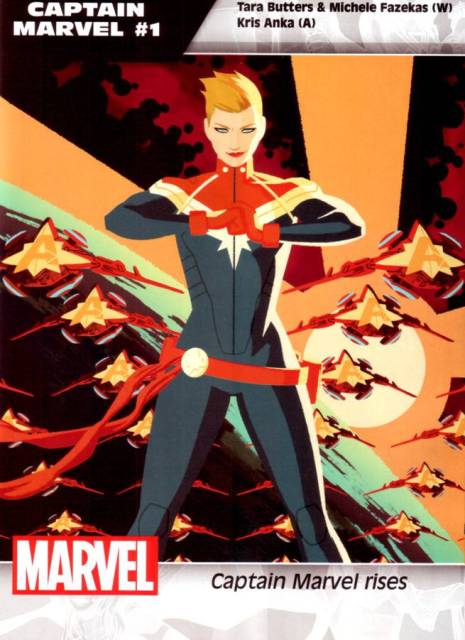 Now, this is way lower than I thought it would have been. Kelly Sue DeConnick’s run on Captain Marvel is one of my favorite things to happen in comics ever. I don’t know if any other superhero comic made me cry as much as that one did. So now that she’s gone I’m a little nervous, but I hope the new writing team of Tara Butters and Michele Fazekas (from Agent Carter) can do the character justice. 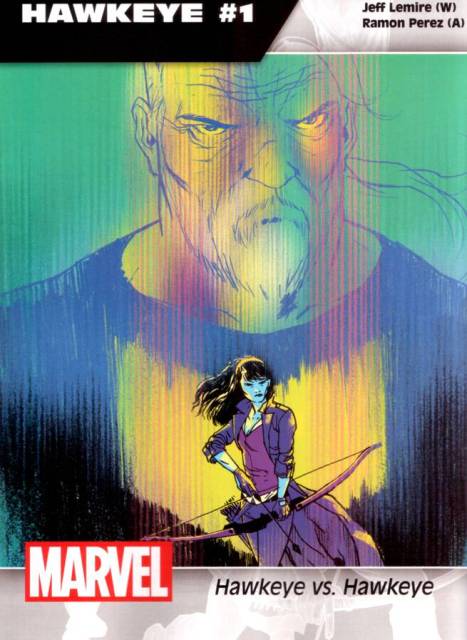 Again, here’s a title that’s going to have to follow up what’s probably the best run in the character’s history. Matt Fraction’s Hawkeye was the stuff of legends, but Jeff Limire has been doing a pretty good job of writing the character for the past few issues, and this one looks like Kate Bishop is going to be taking on a larger role, so that’s incredibly awesome. 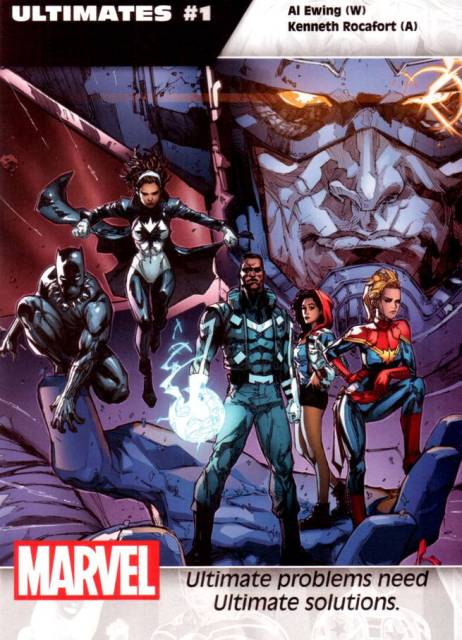 I’m pretty pumped for this team. It’s got Captain Marvel, Spectrum (Monica Rambeau, the former Captain Marvel) and America Chavez, as well as Black Panther and Blue Marvel. How cool is that? On the initial team there are more women than men and only one white person who is a woman. Not only is it cool to have such a diverse team, but the people on the team are cool characters who I can’t wait to read (especially America Chavez, my favorite marvel superhero). 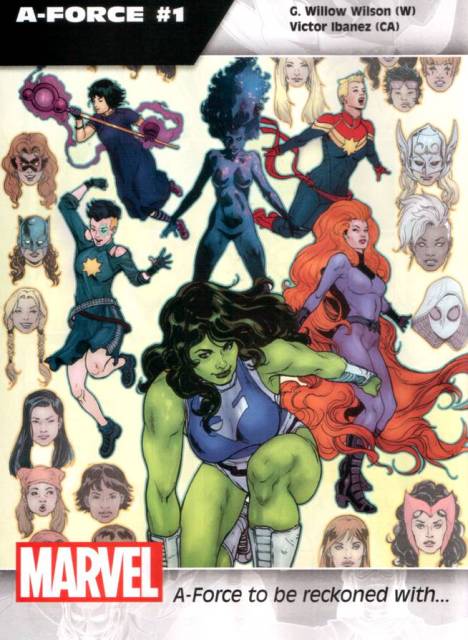 Spinning off of the super great Secret Wars mini-series, G. Willow Wilson and Kelly Thompson reunite to write this series starring She-Hulk, Nico Minoru, Captain Marvel, Medusa, Dazzler, Singularity and Medusa. I loved the mini-series, and I love these characters and these writers, so I’m pretty pumped for this series. 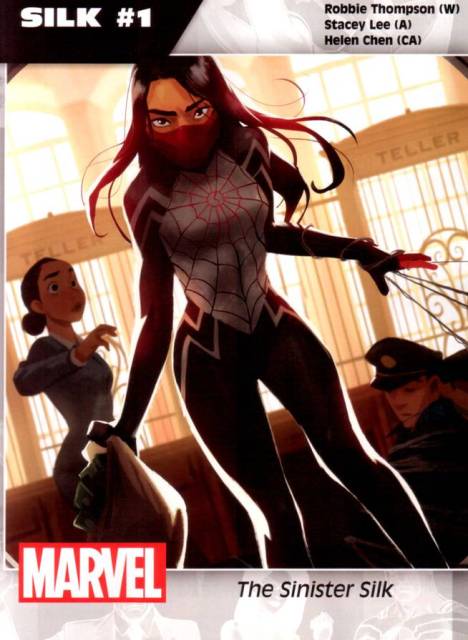 Before the All-New, All-Different Marvel relaunch, Silk was a really fun book. While it wasn’t my favorite, I definitely did look forward to reading it every month. Now it looks like our hero is turning into a villain, or at least a criminal, making me a lot more interested in this book I would already be interested in. 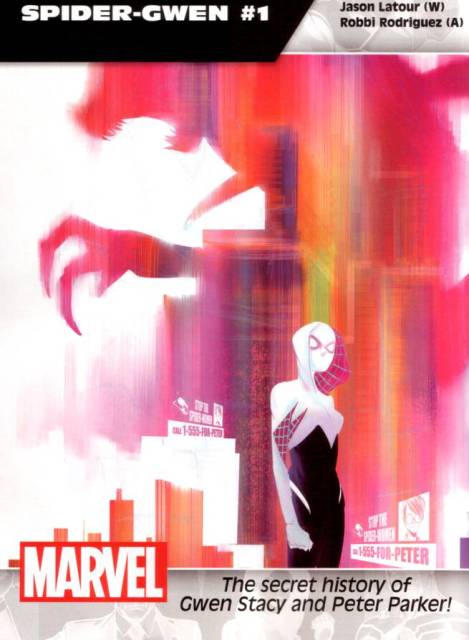 Now we’ve gotten to the last book that’s on my pull list. I’m gonna be honest, pre-All-New, All-Different, Spider-Gwen never really lived up to the premise and awesome costume design for me, but we’ve already seen the new issue #1 and it introduced this universe’s version of Captain America and it was incredible. I’ve got a newfound excitement for this book. 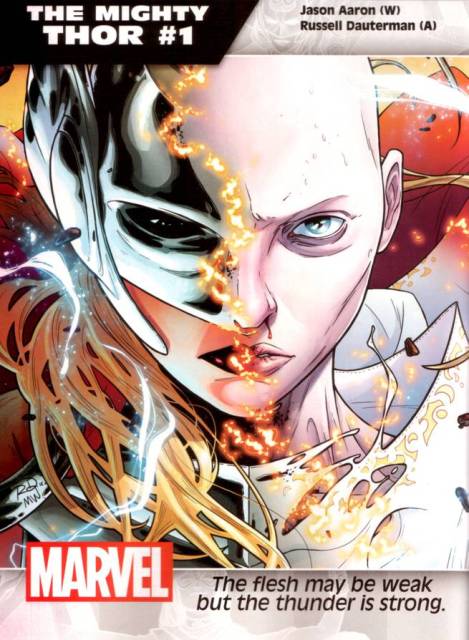 I love the look of the new Thor, I’m really excited that she’s stuck in the role for this long, and I do think about reading her solo title, but for now I think I’ll just stick to reading her in All-New, All-Different Avengers. 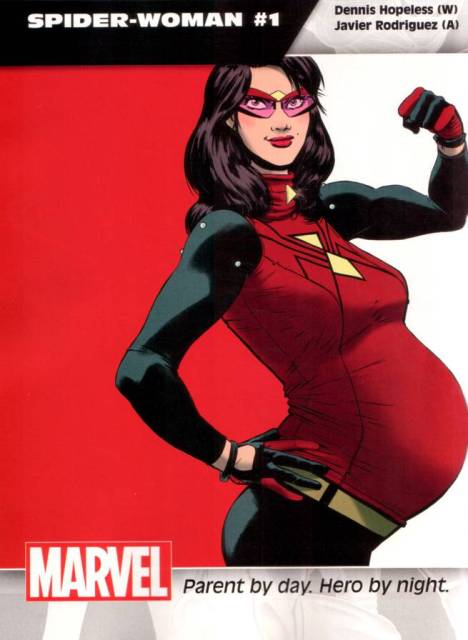 I love Jessica Drew (Spider-Woman’s altar ego) when she’s hanging out with Captain Marvel or Black Widow and Spider-Girl, so I guess maybe I love her when she’s being written by Kelly Sue DeConnick? But I’ve never really been able to get into her enough to buy her solo series. 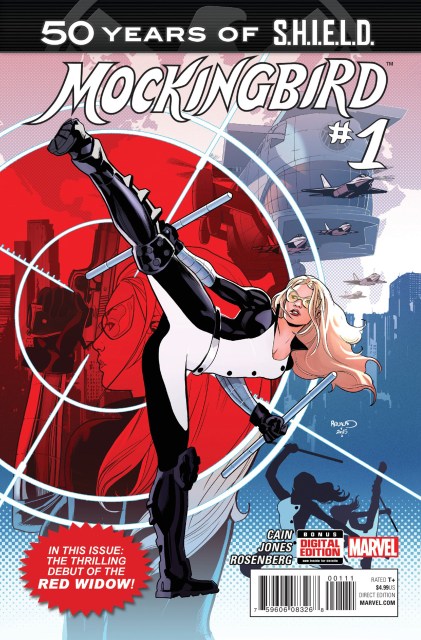 Again, here’s a character where I like her in other things, she was great in the previously mentioned Hawkeye and I like her in the Agents of S.H.I.E.L.D. TV show (but come on, she really should be queer), but I’m not really sold on her solo title. 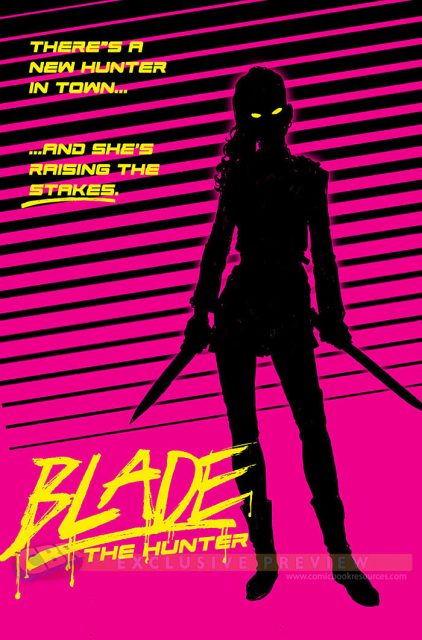 I think it’s really cool that the new Blade series is going to be focusing on the original daywalker’s daughter, a 16-year-old girl named Fallen Grey. On the other hand, I’ve never had a connection to the character before, so I’m not exactly champing at the bit to add this title. I might check this one out and see if I like it. 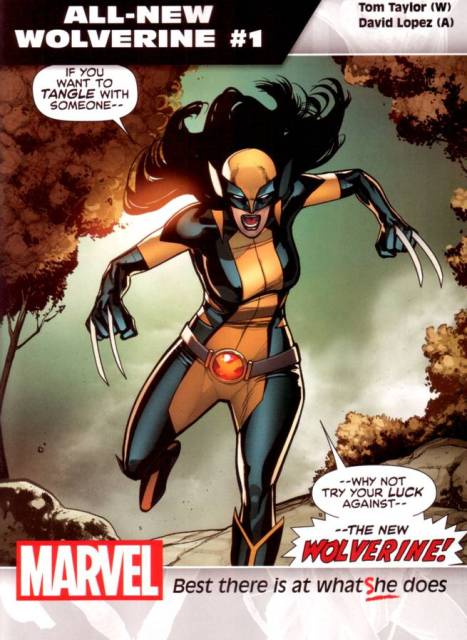 First Thor, then Captain America, then Blade, now Wolverine??? I mean, also The Hulk is the Korean-American Amadeus Cho and Miles Morales Spider-Man is going to be taking over the main universe Spider-Man title, so pretty much everywhere you look people of color and women are “stealing jobs” from white male superheroes. However, Wolverine is one of my least favorite X-Men, so there’s that. 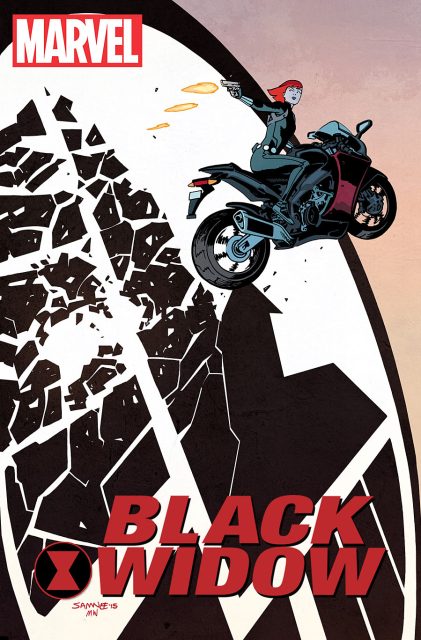 Black Widow is another hero I never really fell in love with. I’m sure this will be a great series though, it’s got a terrific creative team, with artist Samnee and writer Mark Waid. 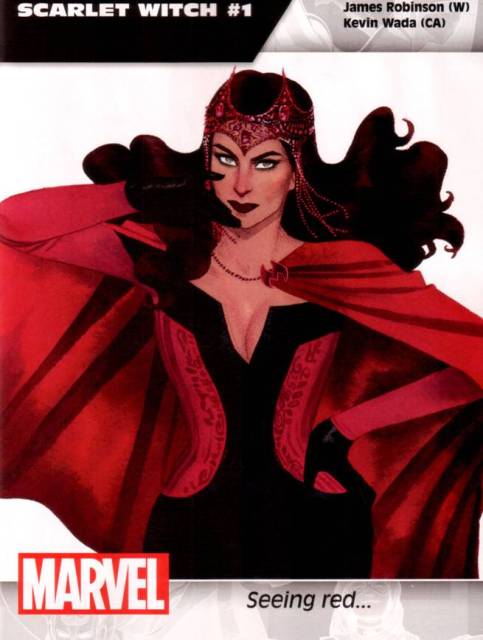 In what turns out to be really bad luck for me, the other female superhero in the Marvel Cinematic Universe is another one I don’t love. Especially now that she’s not a mutant. Kevin Wada’s art is gorgeous, though. 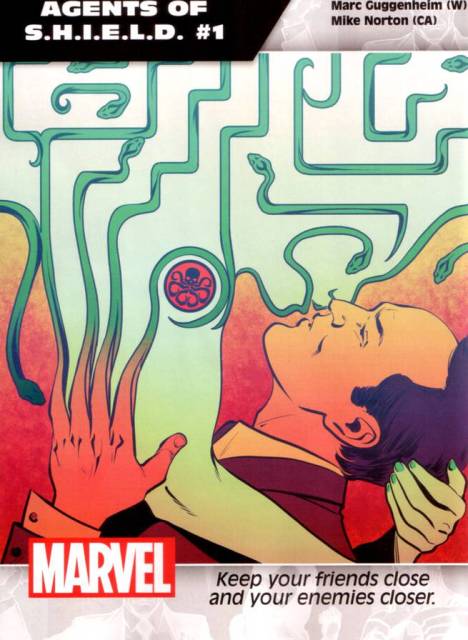 I watch the TV show and every week it makes me pull my hair out that even though it has a ton of female characters who are cool and tough, all of them are not only frustratingly not queer, they’re all in love with men and they shove that down our throats every single week.

Silk Vol. 0: The Life and Times of Cindy Moon (Marvel)