I freaking hate Nazis. I feel like that should just be an obvious thing, but apparently in modern day America be a Nazi and just call yourself “Alt-Right” and a lot of people will think you’re ok. It’s ridiculous and offensive and just about the worst thing I can think of. A freaking Nazi is a freaking Nazi no matter what. They’re still evil, they still deserve every punch to the face and kick to the groin they get. Even in comic books, they’re so evil that they’re routinely tossed in next to vampires and outer space aliens and demons to say, “yeah, these look about the same.”

But that doesn’t only show how evil they are; it also also shows how ridiculous their ideas are. Comic books compare their viewpoints to those of the Joker, Doctor Doom and Satan himself, showing their outsized villainy. If you’re getting tired of watching the news try to make them mainstream again, here are six comics to remind you just how great it feels to see a good guy beat up someone from the Alt-Right. There are going to be some spoilers, but it’s just so that you know the Nazis get what’s coming to them. 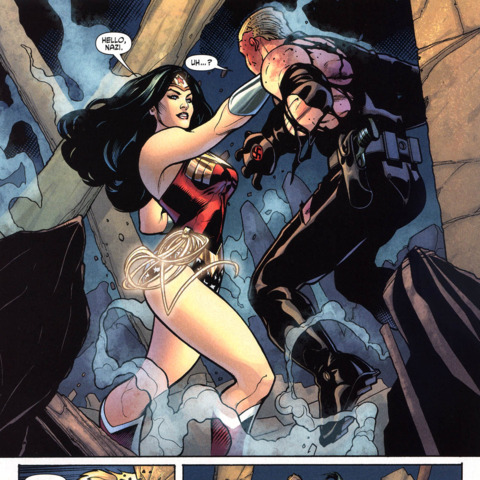 This run of Wonder Woman was written by Gail Simone, one of the leading feminist comic book writers of the modern age. There’s a lot going on in this run, but part of it involves the supervillain Captain Nazi who’s trying to take over Themyscara (the island where the Amazons live) to make a new Nazi homeland. And it is freaking great watching Wonder Woman kick his ass.

In the first three issues of this trade, Ms. Marvel, a Pakistani-American, Muslim, teenage girl takes on Doctor Faustus, who had previously led the neo-nazi group National Force, and is currently trying to gentrify the part of Jersey City that she lives in. This story is full of Faustus brainwashing kids, using Ms. Marvel’s image to make propaganda, having his spokesmen say things like “pull up their bootstraps” and “free of undesirables” and generally being a literal Nazi trying to get immigrants, people of color and poor people out a a neighborhood so that upper class white people can move in. But he doesn’t succeed; instead he gets beaten up and his gentrifiers get kicked out of town. 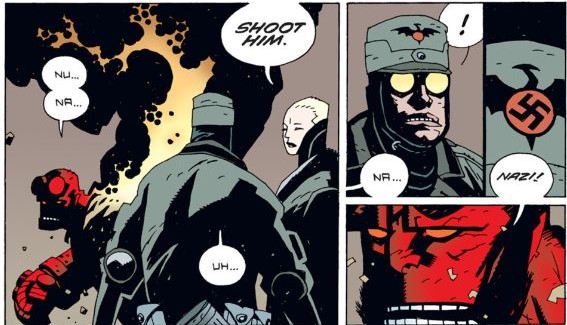 Hellboy: Seed of Destruction and Wake the Devil

If you’ve seen the Hellboy movie, you know that he loves beating up Nazis, whether it’s in the past or present, and that’s most evident his first two collections. Some Nazis make this thing called Project Ragna Rok, which is meant to help them use occult powers to take over the world. In the modern day part, Hellboy fights Rasputin and a bunch of Nazis who are still trying to do this. In the second trade, we focus more on the Nazis who are still trying to take over the world in the 90s, and still getting their butts kicked. Few comic book characters hate Nazis as much as Hellboy. 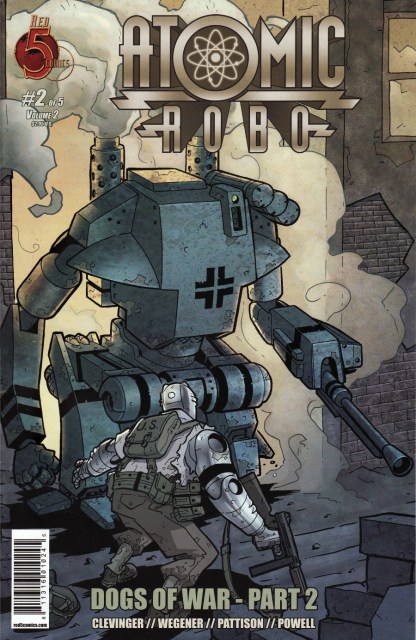 Atomic Robo and the Dogs of War

This deals with a superhero fighting Nazis during actual World War II, but still, it’s always good to see that happen. Atomic Robo is a sentient robot created by a fictional version of Nikola Tesla in 1923 who goes off and fights science monsters and stuff. In this story, Robo, a British spy named the Sparrow and a soldier named James Milligan fight Nazi “weird war” projects. 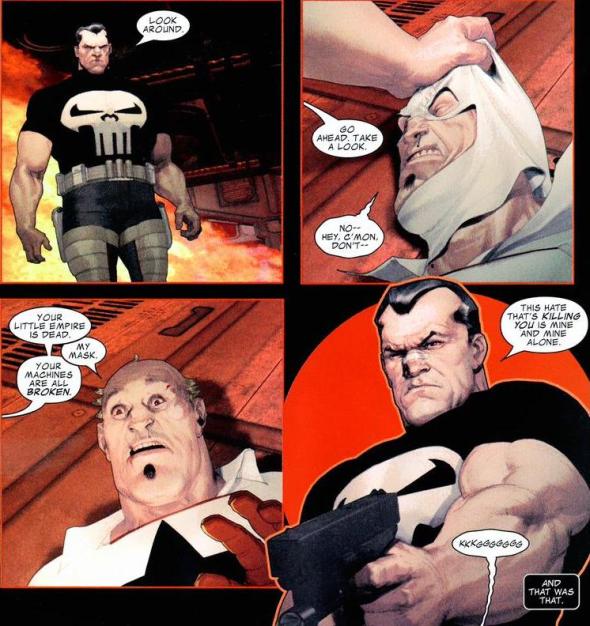 Punisher has always been one of the most violent Marvel heroes, and here he spends a lot of his time being violent toward neo-nazis led by the Hate Monger in New Mexico. They’ve been patrolling the border and being horrible racists, you know, as Nazis do. He disguises himself as a racist so he can infiltrate the previously mentioned neo-nazi group National Force and take down their leader. There are lots of gross Nazis in this run and there are lots of dead Nazis in this run. This is pure anti-Nazi violence. 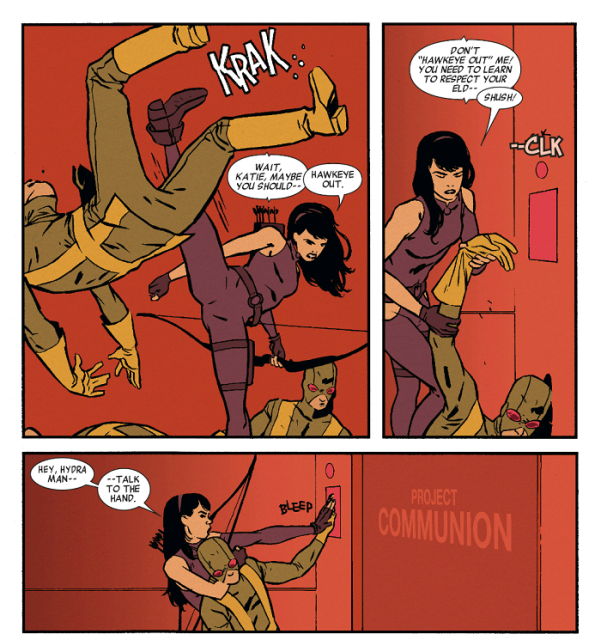 I like this story because it largely focuses on Kate Bishop Hawkeye, one of my all-time favorite superheroes, fighting against Hydra, which, I remind you, is a Nazi organization. This takes place in several time periods, with Kate Bishop as a kid, a young adult and a middle aged woman, and in all of them she’s protecting a group of kids from Hydra. Let me try to find a real-life parallel for what’s going on… so, it would be like if a powerful person believed that you should kidnap children and torture them because they were different from others. And Hawkeyes stop that from happening. It’s a great story with great art and some appearances from everyone’s favorite hero, America Chavez.