It is one of the world’s most unfortunate dynamics that domestic labor is by and large considered to only have economic value when performed for families other than our own. Luckily, a handful of co-operatives in Nicaragua have taken steps to change that.

According to the New Internationalist, the Juan Francisco Paz Silva co-op in Nicaragua has included the value of women’s domestic work in their production budget since 2008. Co-op leaders understand that women’s domestic labor contributes to the success of the production process, even if it’s not a “job” assigned by a specific employer with a paycheck. Domestic work is a job in and of itself. The Silva co-op worked with Ético, an ethical trading and investment company, to account for women’s domestic labor in the cost of the co-op’s production of sesame oil. Using the same rate paid for rural male manual labor, a fee of 960 córdobas (around $50) was added to each manzana (0.7 of a hectare) of sesame crop. This added cost continues to be included in the co-op’s Fair Trade contract with The Body Shop. 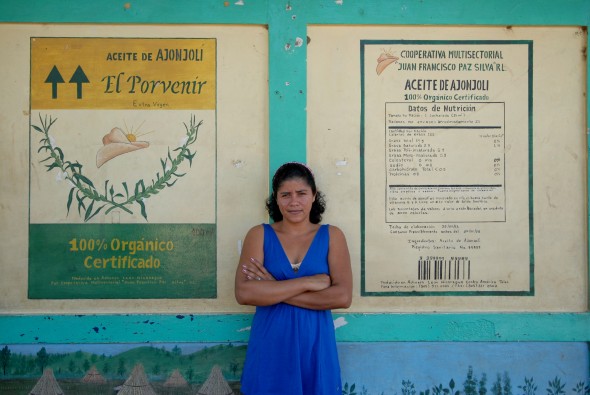 Valuing domestic work is all about following the production chain all the way to the bottom (and forgetting about the patriarchy). Eva Pineda, gender equity officer for Aldea Global, explains that the chain of events that result in the coffee crops being harvested begins at the farmer’s home. Pineda works for the Asociación Aldea Global Jinotega de Nicaragua, a local co-operative that created and sells Tierra Madre coffee, coffee exclusively produced by Nicaraguan women who own the land they harvest. In a four part video series for Intermón Oxfam, Pineda explains that women’s work days in rural Nicaragua are longer than most men’s work days in the field, yet women remain largely unpaid for their work. Women are responsible for preparing the food, laundry, taking care of the family, the livestock and the home. Their day starts at 4am and can end anywhere between 6 to 10pm -during peak harvest season women usually don’t sleep more than 4 hours a night, regardless of whether or not they are working in the fields. Women’s domestic work is the starting point in the process that results in harvested coffee beans, as they facilitate all the components that allow for the day to run its course. Any feminist would agree, but society still has a hard time remembering not to take that work for granted.

Pineda sheds light on the structure that benefits from women’s unpaid labor. In part 2 of her video series, Pineda explains that women in rural Nicaragua are taught to stay at home and learn how to take care of the family, while men are encouraged to leave their communities in search of better opportunities. The reasoning behind this is that women are fragile and men are not — their definition of fragile becomes clear when she elaborates that a family’s biggest fear is that the woman will come back pregnant, noting that men in general are never really advised against getting a women pregnant when they leave their communities. Because of the expectation to have girls grow up around and take care of their families, many of them are denied education. The lack of opportunities — particularly education — usually dictates a life of financial dependance on a male figure, be it a father or a husband. Paid domestic labor upsets that structure, gives women more power in the community and over their own lives. The effect of accounting for domestic labor in the cost of sesame oil and coffee production goes beyond the tangible monetary amount; it sends the message that women’s work is valuable no matter what it looks like or where it takes place in the production process. 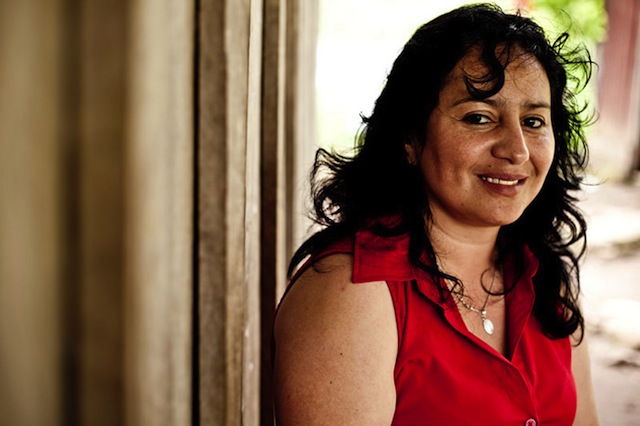 “You no longer have to lower your head and wait for the man to tell you what to do; now we make our own decisions and share activities and responsibilities with our partners.” – Adilia Amador Sevilla from Achuapa, Nicaragua

To be clear, the added income does not go directly into the women’s hands. A study presented at the Oñati International Institute for the Sociology of Law clarifies that the co-ops have used the fee paid for women’s domestic labor to set up general savings that now finance a micro-loan program for women members of the co-op. Women have used the micro-loans to support their own artisan work and the preparation of goods that can be later sold at the co-op shop. As a result, the Silva co-op has seen an increase in the amount of women that have joined the cooperative as full members. In 2010, 19 of the 34 new members were women — a significant increase for a co-op that previously had only 42 women out of 272 members. Aldea Global uses the gender premium added to their products to support the co-op’s gender equity program, which funds the women’s rights awareness workshops for men and women. The gender equity program also covers the legal costs necessary to change farms’ and lands’ registry to include the name of the women working in them. 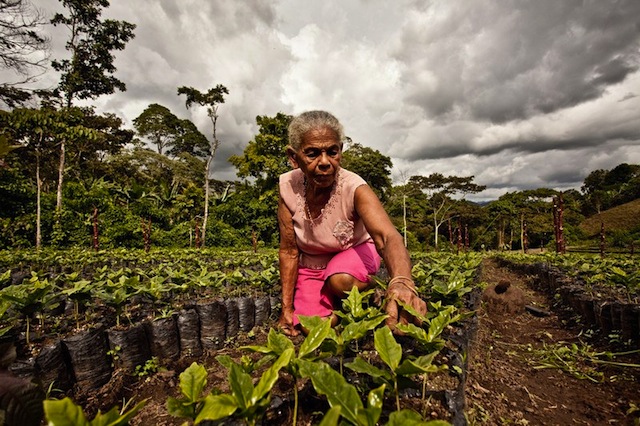 Pineda mentions land ownership and acknowledgement of the key role domestic work has in the production process has opened women’s eyes. “They had never seen themselves as part of the production process, just as unpaid cooks for their husbands” but now they have more confidence and a well-deserved sense of ownership.

The impact of these initiatives is the more striking because of its limited execution -I couldn’t find any other similar initiatives taking place anywhere else in the world. Yet again, recognizing domestic labor as valuable challenges the structure that dictates only men should control the means of production. Saying labor is valuable even when it is: a) predominantly performed by women and b) performed outside the workplace would mean recognizing women as equals. (Not to mention the intersection between women of color and domestic work.) Here’s hoping one day that takes place.