David Bowie, perhaps one of the most amazing, genderfucking, coolest people out there, turns 66 today! Happy Birthday, Bowie! My mom was a 70’s Southern California girl, one of the lucky people who saw the Ziggy Stardust tour and the Changes tour, introduced me to Bowie at a young age through the magic that is Labyrinth. The love affair continued as I listened to the rest of Bowie’s music throughout my adolescence and eventually saw him in concert when I was 17. He sang “China Girl” in Mandarin, you guys. That’s how cool this man is. 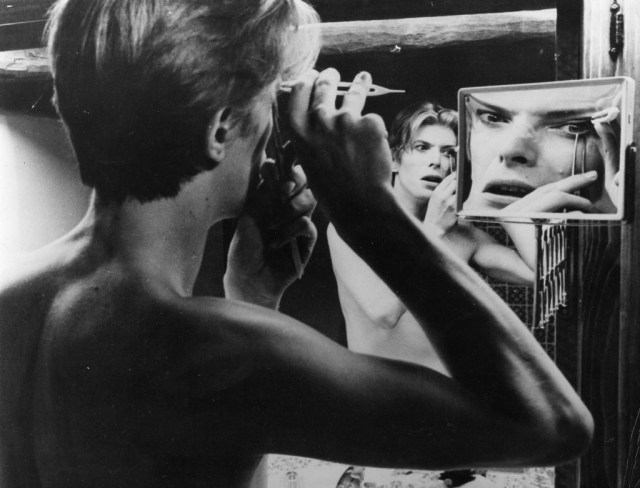 I’m nervous about him stabbing himself with those tweezers right now.

Bowie has also released a new single today in celebration of his birthday and also to preview an upcoming album! According to HuffPo:

“Where Are We Now?” was produced by Tony Visconti and written by Bowie, according to a press release announcing the song. The music video was directed by Tony Oursler and features footage from Bowie’s time in Berlin. Per the release, Bowie is “seen looking in on footage of the auto repair shop beneath the apartment he lived in along with stark images of the city at the time and a lyric constantly raising the question ‘Where Are We Now?'”

Let’s all take a listen and bask in the genius.

I like it. It’s so laid back and mellow and beautiful but also kind of strange, just like how I imagine David Bowie to be.