+ The Pope is visiting the US! It is a bit difficult to find discussion of news that is not about this. He’s talking about climate change, American openness to immigration, and an end to poverty. The Pope has also canonized Spanish missionary Junípero Serra, elevating him to sainthood. In addition to “spreading Christianity across California,” Serra is said by many Native Americans to have perpetrated violence, brutality, and cultural erasure in his effort to convert indigienous Americans to Christianity. Some Native Americans have protested his canonization. Pope Francis said, through an interpreter, “I humbly ask forgiveness not only for the offenses of the church herself, but also for crimes committed against the native peoples during the so-called conquest of America.”

+ The first season of Kim Davis: Jesus Clerk seems to be losing steam, with its main conflict becoming less relevant. Kim Davis had her latest legal appeal rejected, with the judge noting that it would violate the constitutional rights of couples who wished to marry.

+ Carey Avendaño-Hernandez and her lawyer used the UN Convention Against Torture to argue for why she should be able to stay in the US as a trans woman immigrating from Mexico.

“In the case of Ms. Avendaño-Hernandez, she’s worried about being free from torture and there’s nothing in the law in Mexico that is helping prevent that to the extent that – even though there are laws saying ‘you shouldn’t torture anyone’ – those laws aren’t being enforced,” explains Bird. “Those were police officers and military officers who attacked her, so being able to get married as a gay person in Mexico City really isn’t anything that’s going to help her out in her particular situation.”

+ French politician Marine le Pen, leader of the Front National Party, will be taken to court for inciting racial hatred, specifically for Islamophobic remarks. If convicted, she could face up to a year in prison and a large fine.

+ The Senate did not pass a very scientifically suspect 20-week abortion ban, but unfortunately that is just a drop in the bucket of what will likely be a very long and drawn-out battle over reproductive health in Congress, given how many Republicans and Republican presidential candidates have staked their reputation on defunding Planned Parenthood and taking away as much access to abortion as possible.

+ The Justice Department says that Hillary Clinton obeyed the law with her emails.

+ A new report on campus violence finds that lesbian and bisexual women are almost twice as likely as straight women to experience intimate partner violence, and that trans and/or gender nonconforming people are more likely to experience violent sexual contact than cis people (although unfortunately all trans and GNC people are lumped together, which makes it hard to see how this might impact some groups within that demographic differently than others).

+ Some data on “the best places to be gay in Corporate America,” based on HRC’s Corporate Equality Index.

+ Relatedly, a new study finds that migrants are experiencing violation of their civil and human rights when they’re deported.

One in three deported migrants who took the survey reported some type of abuse or mistreatment by Border Patrol agents or while in Department of Homeland Security (DHS) custody. Broken down by gender, 35 percent of women experienced abuse, versus 31.8 percent of men. For women, verbal abuse was the most common (20.3 percent), while men most frequently cited having their belongings taken and not returned (16.4 percent). Other reported issues included poor detention conditions (14.5 percent for men and women), physical abuse (12 percent), lack of food in detention (10.3 percent) and racial discrimination (8.4 percent). Despite the rampant mistreatment, the report found that just 7.7 percent of the survey respondents filed a complaint with U.S. immigration authorities, with many saying they didn’t think it would matter and that they feared it would lead to retaliation.

+ Just now, in 2015, the Metropolitan Opera has announced it will stop using blackface in its productions of Otello.

+ A new poll via PBS NewsHour shows that the majority of white people think the Black Lives Matter movement is a “distraction.” Even more alarming, 41% of whites think the movement “advocates violence.” These numbers are, of course, related to misconceptions on fundamental realities of race in America, with 50% of whites saying that blacks and whites “have the same chance for equal justice under the law,” and 42% of whites saying that black people had the same chance as whites for fair treatment by police. In contrast, only 11% and 8% of black people polled agreed respectively. 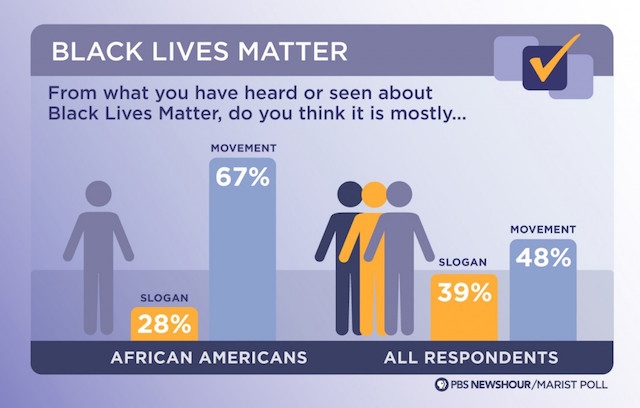 + After comments arguing that Islam is not “consistent with the constitution,” Ben Carson now claims he’s having more success than ever before at fundraising for his campaign.

+ First of all, Republican Pennsylvania senator Daryl Metcalfe is trying to pass a bill that would mandate English as the “official language” of Pennsylvania; he also threw a temper tantrum and turned off the microphone of Dem representative Leslie Acosta, who tried to use her legally alotted time to argue against it. 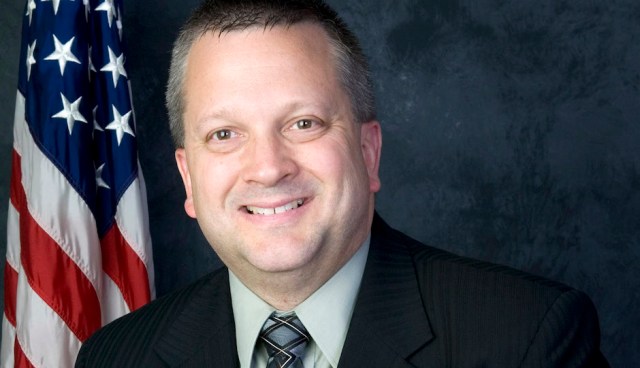 + Donald Trump was a guest on Stephen Colbert’s show. Did you watch it? I did not, but welcome your thoughts. In a confusing but I guess unsurprising move, Trump has also claimed that Hillary Clinton was a “birther” who claimed Obama was born outside the US, a patently untrue thing.