The deadline to buy raffle tickets has been extended to July 1st, squirrel friends! This is good news for everyone, rejoice in your pants and then get some here! Don’t you want to win stuff, like Showtime DVDs and 410 BC t-shirts and hot gender bending stuff from Lipstick & Wildflowers and SO! much! More! Yeah you do. When you’re done with that, check out our own gallery of photos from our big ol’ march in the New York City Pride Parade.

YOU CAN GO YOUR OWN WAY: Soap Actress Fired for Opposing Gay Plot. It’s the little things that make for big revolution. (@advocate) 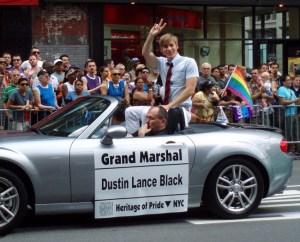 ALL PRIDE: Photos from Gay Pride all around the world! (@queerty)

KIDS WITH PRIDE: Nettelhorst Elementary School has become the first school to march in Chicago’s Pride Parade. Parents of this magnet school located in the middle of Boystown, the heart of Chicago’s gay community, decided that it would be a good idea to have the kids and the school show solidarity with the community. As one might expect, some were not happy with this idea…at all. (@bitchblogs)

GAY: What’s love got to do with it?: Marriage may have its benefits, but Seth Michael Donsky wonders whether the struggle for same-sex marriage is really about equal rights—or just validation. (@nypress)

WOMYN: Limbaugh Reaches a New Low: the only possible advice a Domestic Violence Advisor could provide, says dear Limbaugh, is “put some ice on it as you leave that swanky motel.” (@feministing)

MEGHAN LOVES THE GAYS: When asked who in the GOP speaks for gay issues, Meghan McCain’s response was … “me.”

WATCH: Anyone But Me‘s sizzling season finale (and the title is a Grace Paley reference!), “Enormous Changes at the Last Minute”:

↑ On Gay Issues, Obama asks to be judged on vows kept: “I explained that I’m being thrown out as we speak, and that there was a sense of urgency for me,” Colonel Fehrenbach said. “He looked me in the eye and he said, ‘We’re going to get this done.’ ” (@nytimes) And queerty says he’s not getting off that easy.

↓  This story makes me wanna scream, and is gonna be a tough one for our movement to deal with: Lombard demonstrates why gays should not be allowed to adopt. Yes, a disgusting evil man sexually abused his foster children. This man was gay. This happens all the time in the foster care system, as you probs know, and arguing that this one gay dude … argh! Okay! Try to imagine this story written about a racial minority? Totally unkosher. Also I love the blatant disregard for how many kids would be homeless if it wasn’t for the gay & lesbian foster parents who bring them in. Honestly I think gay & lesbian families are the best thing that’s ever happened to the foster care system.

So listen up: statistics show that between 12 and 50 percent of foster care kids are abused while in the system. Sexual abuse is generally imposed on female victims by male perpetrators. Because this really got my goat, I read way too much about it, tracking down the paper that made the case for Arkansas’ bigoted anti-gay adoption laws and this interesting tidbit from our dear friends the Log Cabin Republicans: In fact, studies show that among the total number of children sexually abused in foster or adoptive care, 99.3% were in the care of heterosexual parents. The Gay and Lesbian Task Force has more responses to commonly raised objections towards same-sex parents: There is absolutely no empirical evidence to support the claim that LGBT parenting harms children.

↓ When police raided a new gay bar in Fort Worth, Texas, early Sunday morning, they were not commemorating the 40 year anniversary of Stonewall. They were defacing it.

↓ Forty years later, still second class Americans. Frank Rich’s feelings about the gay civil rights movement includes many interesting tidbits and a very interesting perspective: though my friends and I were obsessed with every iteration of the era’s political tumult, we somehow missed the Stonewall story. Not hard to do, really. The Times — which would not even permit the use of the word gay until 1987 — covered the riots in tiny, bowdlerized articles, one of them but three paragraphs long, buried successively on pages 33, 22 and 19. (@nytimes)

↑  Tranny Alert taken down in response to online activism! (@feministing) 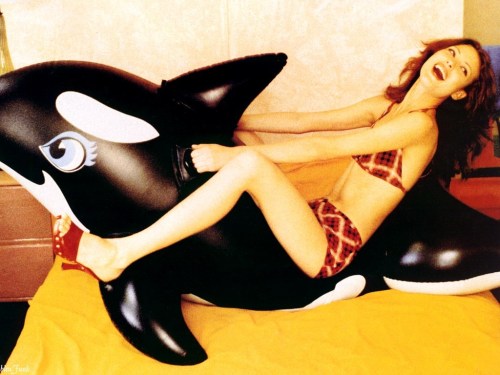 from Stef:
I know the internet is overloaded with Michael Jackson tributes these days, but if you haven’t seen Amanda Palmer covering “Billie Jean” at the Troubadour the night MJ died, you haven’t heard “Billie Jean” ever.

from Alex:
I’ll admit that I judge a book by its cover. I mean, there’s nothing wrong with that if they happen to be on a list of “45 beautifully designed book covers” right? (@wellmedicated)