There is no television character that gives me greater joy than the mean mom. I could blame it on many things: mommy issues, the fact that I started watching CBS primetime dramas when I was like nine, general homosexual unwellness — the list goes on. Not only do I love these women, I am often convinced that I am the only person who could make them, if not happy, at least content. Certainly I would be a better wife than the TV dads they are often paired with, right?

And thus, this super scientific piece was born. A round up of ten TV mean moms I have imprinted on throughout my life, ranked from least happy marriage to most. This is science and scholarship, people! 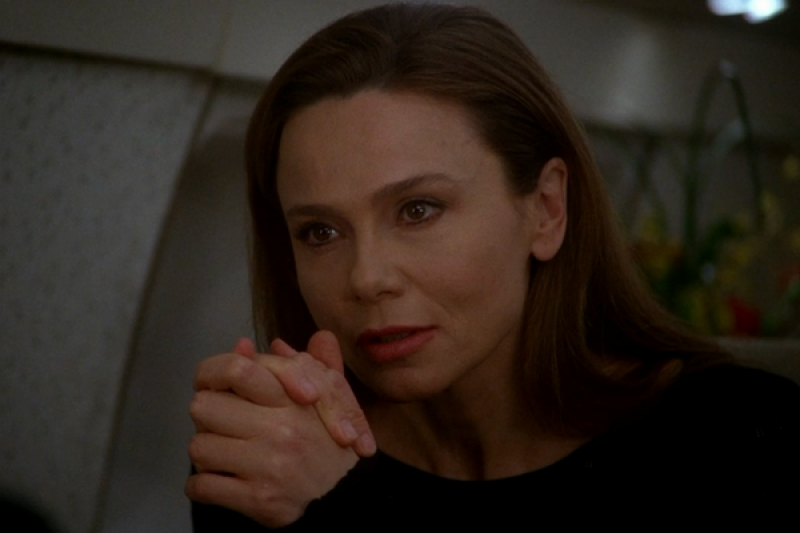 “Never talk to me about your love for Sydney again.”

I was a latecomer to Alias, but I went in knowing the high points: wigs, Jennifer Garner running, cool tech, a young Bradley Cooper. Then they introduced Irina, aka Spy Mommy, and I was off to the damn races! I watched that woman shoot, tase and hit her daughter over the head with a hockey stick, and I swooned every single time. I mean, she did pushups in her CIA cell and threatened Ron Riftkin on a jet — I do not know a better woman!

Yet I must accept facts: I would be a terrible wife for her. I like intrigue as much as the next gal, but I have no combat skills of any kind, and there is no way I could diffuse a bomb. At best I would be a mark in some kind of loud Berlin nightclub. Sigh. 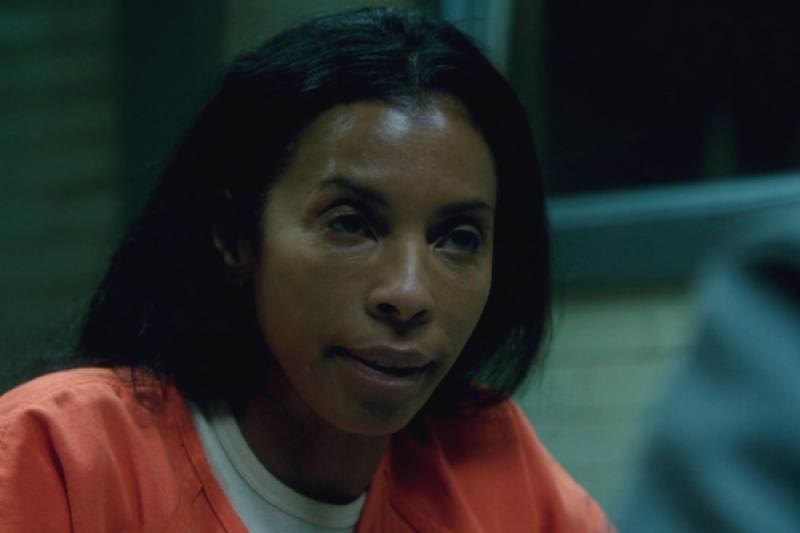 “If I’m going to give you something, I need to get something in return.”

I don’t know why I thought that Oliva Pope would have at least one parent who was vaguely normal, but wow, was I wrong on that one. I didn’t think it was possible to top Papa Pope’s non-stop monologuing, (“You love that she is a door marked EXIT.”) but then Mama Pope CHEWED THROUGH HER OWN WRIST to get out of her super top secret prison, and the sound of that scene haunts me to this very day.

She would look at me once and I would be terribly aroused but also too scared to function. I do not have the willpower nor the mind for any of the plots she sets up — we would make a terrible couple! Maybe I’d hook her up with Irina? 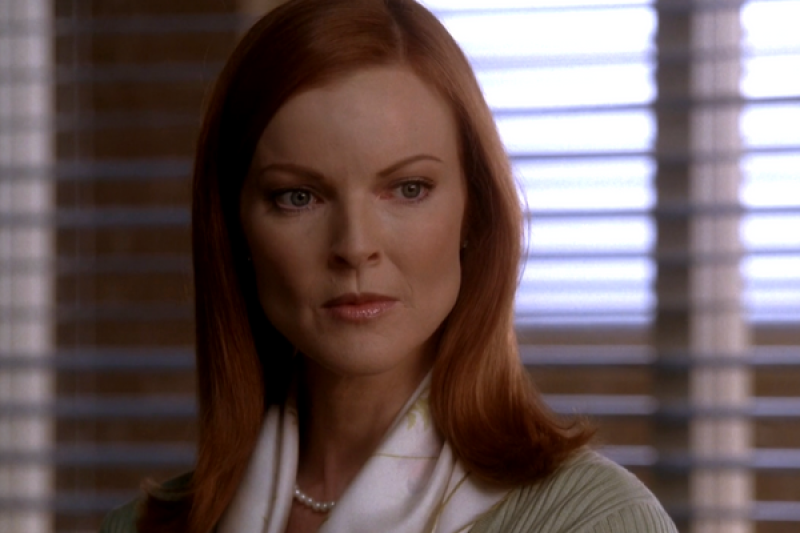 “Yes, well, I feel badly about that.”

Talk about 100% that bitch! Bree was everything to high school me: high strung, high maintenance, and absolutely bonkers. She accidentally slash kind of on purpose attempts to poison her husband in the pilot! And when he accuses her of trying to kill him, she says “Yes, well I feel badly about that.” !!! That is legendary behavior!

Unfortunately, she is also a lunatic conservative and she famously hated her gay son. In a perfect world, we’d be cordial but distant neighbors trading baking recipes, and sure there would be a little bit of tension, but nothing could ever really happen.

Regina Mills/ The Evil Queen: Once Upon A Time 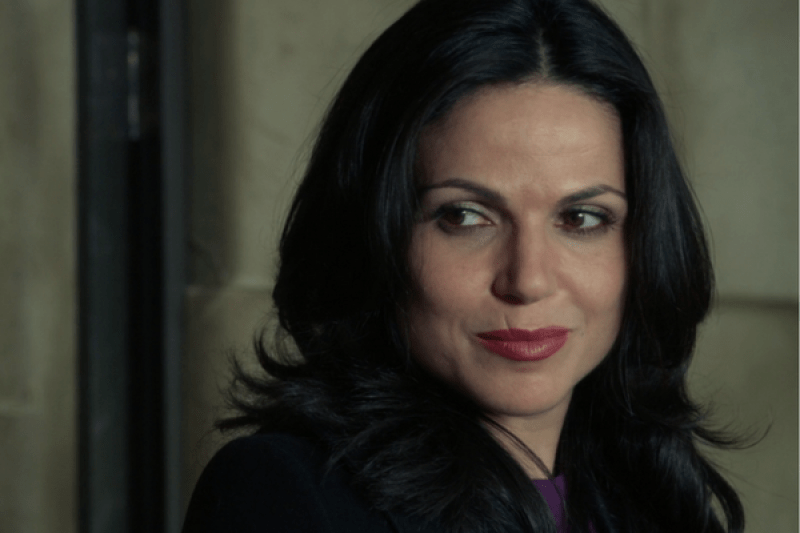 “It’ll be as though you never existed.”

Confession: Over the course of my lifetime, I have watched maybe…two episodes of OUAT? Quite literally everything about this show was absolutely baffling to me: the plot, the characters, the continued presence of Ginnifer Goodwin. But it was 2011 and I was on Tumblr, so my dash was simply chockablock with gifsets of Regina/The Evil Queen. She was so powerfully hot and mean that I did consider watching the show in its entirety, but my long standing beef with Jennifer Morrison (the worst character on House) made that impossible.

It’s probably for the best! I’m sorry, but I cannot live in a storybook town with unclear timelines and that many Disney characters, I would simply lose my mind! Best wishes Regina, I am sorry I could not be the wife you deserve. 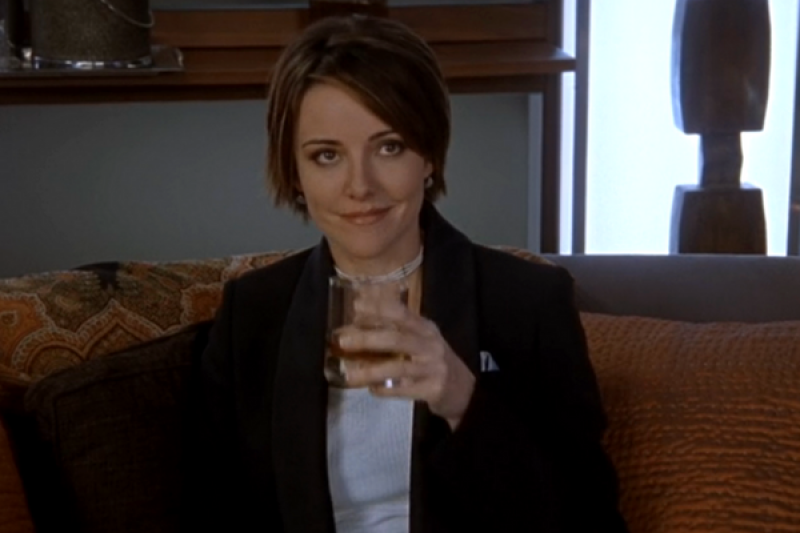 “Dark haired? Domineering? Doesn’t take any of your crap?”

In retrospect, watching Scrubs at the tender age of 11 was probably not great for my emotional development. Still, I sat down every week, watched Jordan and Dr. Cox insult one another, and thought “Yes, this is what an ideal relationship is.” Like many iconic mean TV mommies, Jordan is a lot kinder than she lets on, and she defends the people she’s chosen to let in. I mean, the episode where she talks to Carla about postpartum depression?? It’s so sweet!

Sadly, I could not make her as happy as Dr. Cox does. It took a lot of prayerful reflection to reach this space, but their relationship is one of two tops. I am…not that, and I would probably annoy her with all my baking. I would not give her the fight she wants, and I think part of growing up is knowing that about yourself. 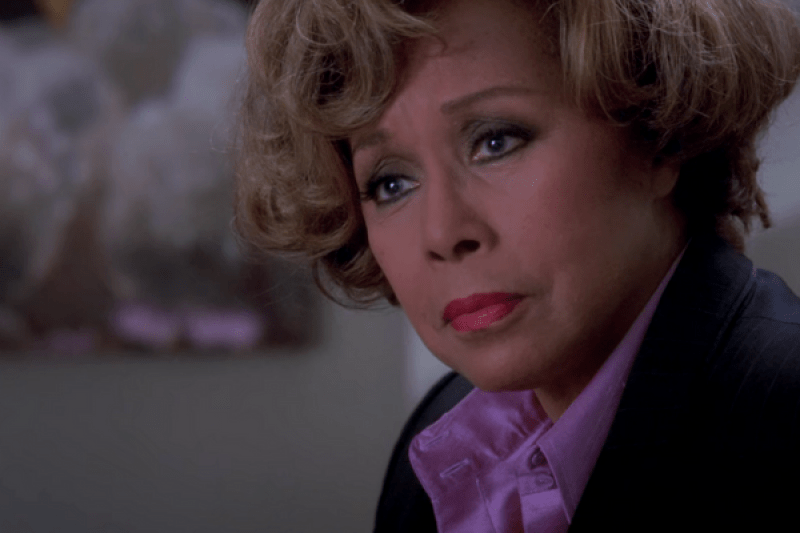 At first I was compelled to include the meanest mommy of Grey’s, the one and only Ellis Grey herself. Her speech about finding out Meredith is nothing but ordinary rings through my head once every few months, but there is something about Mama Burke I find irresistible. Technically, I think her most iconic moment is the removal of Cristina’s eyebrows. For me, it is after Burke has left, when she plants herself in the waiting room and drags the shit out of Meredith for breaking up with Derek while also telling everyone the wedding is off. “Were you being inappropriate or were you being selfish?” I mean!

We would do pretty well together, Mama Burke and I. She could run her restaurant while I took care of the home. The only possible complication is that I am…quite frequently inappropriate and selfish, and I think my fondness for bits would, uh, drive her up the wall? Alas. 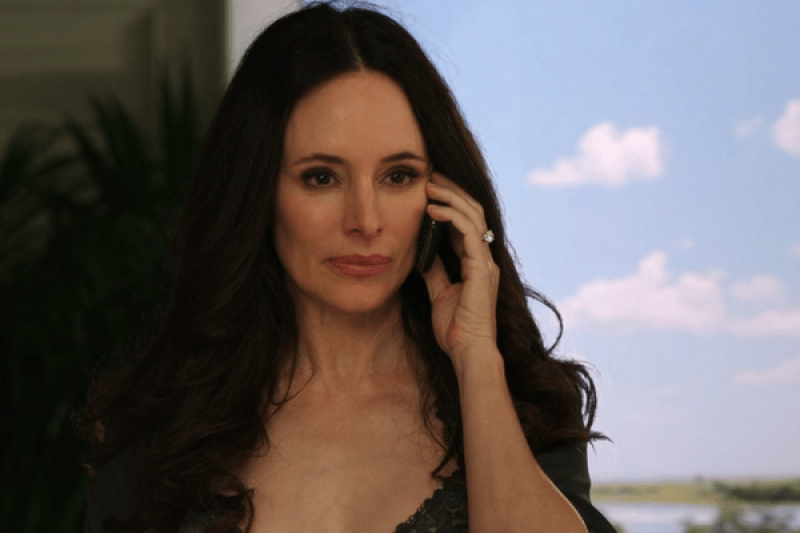 “Do you remember a lovely young woman by the name of Emily Thorn? She paid obscenely for Davis cottage next door, and you know how I can be about that sort of thing.”

Not to be dramatic, but we really are not making TV like we used to! Revenge was the perfect mid-aughts soap, and I fell for Victoria Grayson faster than you can say “revengenda.” I seem to vaguely recall that she dies at the end? But let’s be serious, no one watched more than two seasons of this show, and it is primarily season one era Victoria that I would wed anyway.

As far as I recall, Victoria’s main interests were: glaring dramatically from that CGI balcony, her kids, and cheating on her husband. I care a great deal for the first and third items on that list, and her kids are old enough that they don’t require the full time attention of two adults. Plus I’d get to throw sick Hamptons parties? Really, the only thing that would exhaust me is the constant scheming, like babe, we gotta give it a rest sometimes! 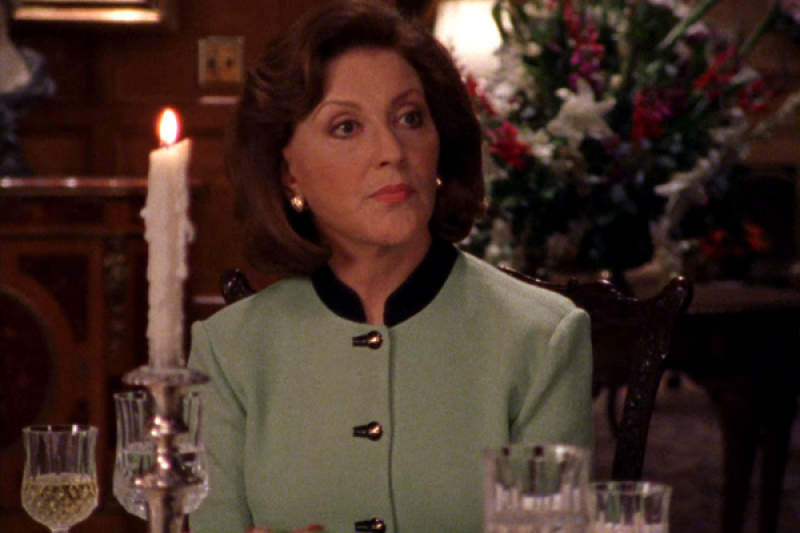 There are few things on earth that thrill me more than the perfectly transatlantic way Emily says her daughter’s name. And the way she infuses it with such meaning — from irritated and exhausted to pleased and smug, sometimes even surprised and touched. “Lorelai.” Emily is absolutely a passive aggressive nightmare, and yet, every time I rewatch Gilmore Girls I love her more? I mean, can you imagine having Lorelai, history’s greatest monster, for a daughter? Wouldn’t you also be exhausted?

While I don’t have a huge love for society teas or DAR meetings, I am good at charming elderly white women, and I hate disappointing people. I don’t consider the 2016 reboot canon, but it cannot be overstated how gay it is that Emily is a widow who lives in Nantucket and volunteers at a whaling museum. We would have a grand time together! 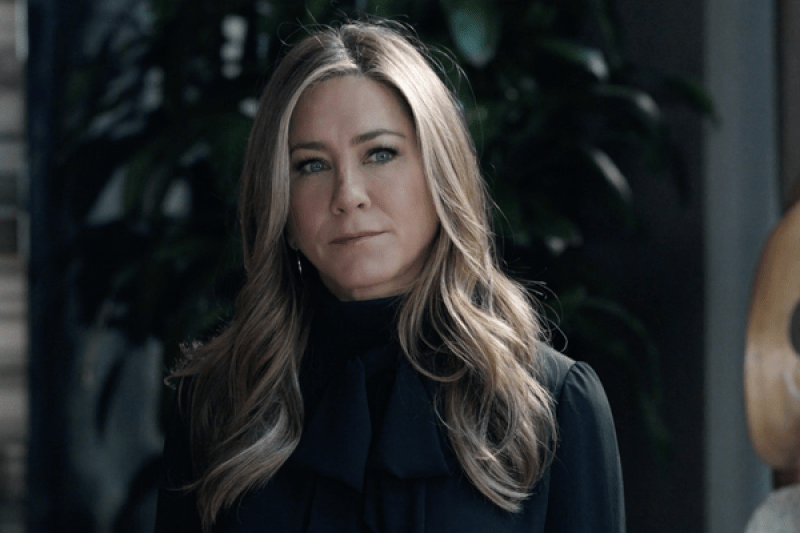 Look, it’s not like I need to talk about this terrible, perfect show more on this website, (at least not until season three!) but! No list of mean moms would be complete without the woman who screamed “fuck you kid” in her daughter’s bedroom at boarding school.

And honestly, I am not proud of the fact that I would be a perfect wife for Alex, but oh god I would be. I am so good at complimenting high strung self obsessed women! I would be pathologically incapable of making her feel like anything was ever her fault, and as long as I got to kick it in that sick penthouse, I’d be fine. Our only complication is the fact that we are both bottoms, and that’s barely a complication at all! 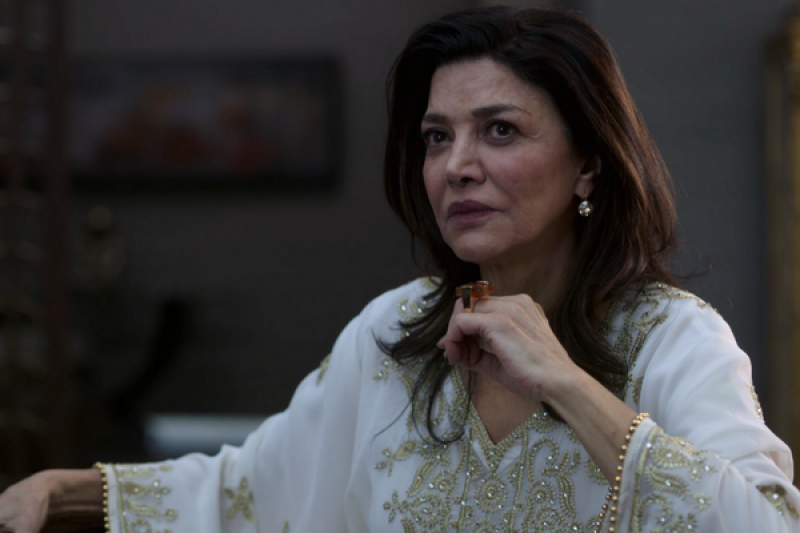 Chrisjen is introduced by seamlessly going from tickling her grandkid to torturing a man in some kind of space prison. I am sure the intent of this was to demonstrate that she is a cold hearted politician that pushes her humanity aside when it suits her, but the only thing it demonstrated to me was that she is wife material! She swears like a sailor and will do anything to stay in power, all while dressing in gorgeous saris and literally dripping with jewelry. And her voice?? I have simply never loved a woman more. And as far as mean moms go, she is like, too busy to deal with her daughter and still traumatized about the death of her son. Barely counts, tbh!

Aside from the fact that I am not like, dying to venture into space, Chrisjen and I would have the perfect marriage. She would be busy all the time, I would do my thing while she was working or whatever, and I would listen to her rant about whatever was pissing her off for hours. Happily, even! I’d be great at interplanetary functions, and I would lovingly chide her into taking care of herself, which she would hate and appreciate in equal measure. Perfect spacewives, forever.