The Jezabels is not a typo. It’s the creative spelling of an enthusiastic-looking indie/pop/rock quartet from Sydney, Australia, who create sophisticated sounds that are well worth your attention. 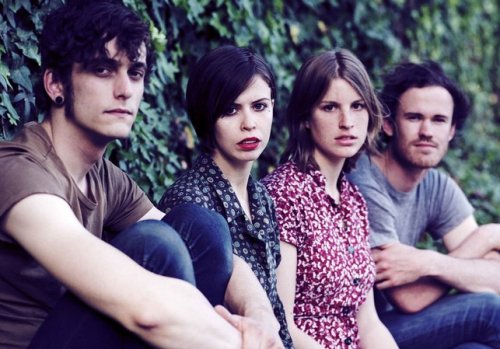 The Jezabels are Hayley (vocals), Heather (keys), Nik (drums) and Sam (guitar) – one of Australia’s hardest working bands and solid fixtures on the national festival and pub circuits. Some of you homos may already be familiar with the band, as they’ve been invited on multiple tours with Tegan & Sara. Their days in the support slot are likely numbered, however, as the band are starting to build a reputation for eclipsing some of the artists that they open for.

The Jezabels will be performing multiple shows during the CMJ Music Marathon, and touring Canada soon after. Get the full details. Their recently released Dark Storm EP is available via iTunes stores worldwide.

Check out one of the Jezabels’ more recent music videos, Easy To Love, below.