For the past 40 years, something super special has been happening in New Orleans on Labor Day weekend: Southern Decadence, a ‘round the clock street party that lasts for days. Southern Decadence has been described as “Gay Mardi Gras,” which is saying a lot ’cause regular Mardi Gras seems pretty freakin’ gay. I mean, sparkly jewelry, parades, glitter. All that stuff is in our wheelhouse. And THIS is gonna be even gayer than THAT. 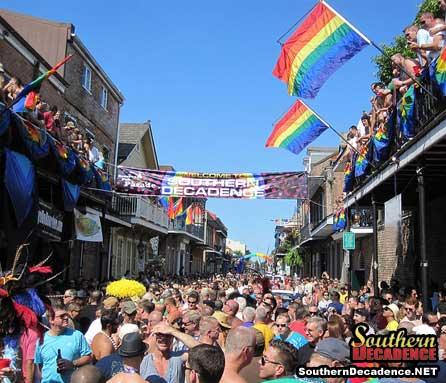 As you can probs gather from the picture above, Southern Decadence has historically focused on the “G” in LGBTQ. Maybe the “Q” has gotten a little love, but it’s mostly all about the “G” with a majority of the events and parties geared toward gay men. This is where Dkyeadence comes in — 2011 marks the 3rd annual Dykeadence celebration. Don’t let the name fool you. These events aren’t just for, well, dykes. The goal of Dykeadence is to entertain all people no matter where they fall along the Kinsey Scale, what gender they identify as or the color of their skin. 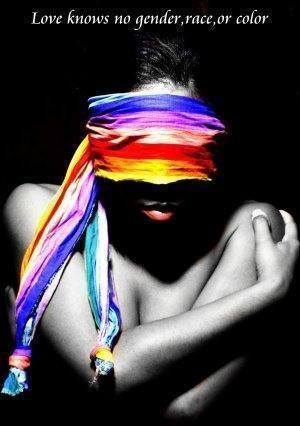 This year Dykeadence is giving women, transpeople and people of color a host of diverse opportunities to let their freak flags fly and revel in events designed just for them. 2011 Dykeadence features a kink and fetish party, drag king and queer burlesque shows and many parties, including the very popular GrrlSpot.

Also there’s a THEME: “Viva New Orleans! What happens in New Orleans stays in New Orleans.” So dig your freak flag out of the closet or attic or garage and head down to Cajun country for a very special kind of southern hospitality.