Okay, so everyone’s heard that half of gamers are female statistic, right? In 2014, it made a great hullabaloo. From the Guardian:

Now, there will be many who respond to this shift in the marketplace with the objection “but those aren’t proper games”. Mobile games, free-to-play games, social games – all games which, strangely enough, appeal to women in droves – are considered somehow lesser by many in the “traditional” gaming world….

In the past few years, the very notion of what a game is has broadened to include a variety of experiences that are accessible to a wider audience than the typical blockbuster console title, and that can only be a good thing for an industry which has struggled to position itself in mainstream culture. While hardcore gamers and the industry at large argue about whether these games are “proper” or not, everyone else is playing them.

My mother plays Candy Crush. She also bought a Wii when it was all the rage. Heck, I’ve never seen her even turn on the Wii — I don’t even think she knows how to. She was one of those people who just went out and bought one because it was talked about on the morning news. By the ESA’s vague statistic, she is “a gamer” — a part of that 48%. But will she be going out and buying the next Call of Duty? No.

The problem is, the ESA isn’t clear in its research. They say the results are gathered from “more than 2,200 nationally representative households,” but they don’t give enough specifics in their findings. 48% of gamers may be female, but if the majority of that are middle-aged moms playing mobile games like Candy Crush and Kim Kardashian: Hollywood (and there’s nothing wrong with that — even I enjoy a good red-carpet adventure ), then can we really be upset when a developer chooses to still cater towards a male audience?

Now obviously, there’s a major difference in coverage between The Guardian and Gamezone (y’all know me—y’all know that last one gave me a minor rage stroke. Just a minor one, though). But the overarching attitude is there — casual, mobile games aren’t seen as proper games (because they’re heavily associated with women? Who knows, I’m not a researcher, but hey, that’s a possibility!). And that’s SUCH a damn shame, for a number of reasons: because our smartphones are more powerful than the computers that first launched humans into space and those machines shouldn’t be taken lightly; because massive parts of the world carrying gaming engines around in their pockets all the time has normalized gaming and brought a once-stigmatized hobby into a mainstream craze, and that can only be good for more intense hobbyists; because there are some amazing casual mobile games really changing the landscape of what interactive storytelling, narrative and gameplay can look like. And the cool part is that two of those games have sequels out right now! Here are a few casual game changers for ya to play this month, and all of them cost less than five dollars and are, by their very nature, inclusive of you as player. 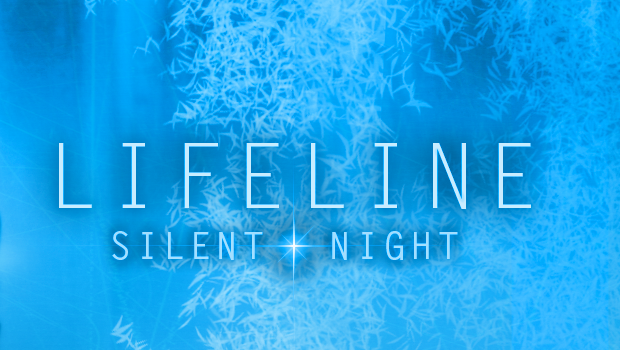 I was turned on to Lifeline by 3 Minute Games when I interviewed Caroline Sinders in August of last year. Basically, the conceit is that a lost and terrified astronaut named Taylor has gotten his/her/their communicator to work with your phone (I’m going to use masculine pronouns throughout, now, because I imagined Taylor up as a resembling a scruffy dude in my MFA program). He is asking you to help him get through a really harrowing experience wherein he is stranded on a faraway planet all by himself. The entire game is made up of only text, and you tell him what to do in order to get through his ordeal.

Where this game really succeeds is the use of the technology you are actually holding in your hand — it uses what appear to be text messages, and you are actually using a phone to communicate with Taylor. That’s something we are already used to doing — we use our phones to text every day — and it functions much the same as Borges weaving in real names and historical facts into his speculative fiction: it increases the realness factor and lets us believe and more heavily invest in things and people that are obviously invented.

It also succeeds in using what is, essentially, a first person narrator and direct address. This first person narrator speaks directly to you, and as a result the real-life you becomes a character in the story with a stake in the outcome. This serves a few purposes — first and foremost, it’s an interesting storytelling mechanic (can you tell I’m obsessed by narrative structure and reader response in video games?) that increases the effectiveness of what is, essentially, a Choose Your Own Adventure short story. It also means that the usual limiting decisions when creating an avatar to represent yourself in a video game are gone. You are simply you. Extremely inclusive. I also love that they leave Taylor’s identity up to you while still being extremely specific with the character’s personality. It’s precisely that specificity that allows the player to create a whole person in their mind that’s so different from what another player may have come up with; I’m a big fan of specificity leading to universality.

Anyhow, Lifeline 2 came out in September and, while I don’t think it succeeds in the same way as Lifeline because it doesn’t make the same use of your actual real technology that Lifeline does, I still think it’s worth a play-through. The character is specifically female and she deals in magic, this time. Just before Christmas, Lifeline: Silent Night was released (I know I’m late on this one, sorry) and if you don’t mind references to Christmas, it’s succeeds just as much and in the same ways as Lifeline classic. It even brings back Taylor and continues his story, so definitely play Lifeline first!

The Room series also uses a form of direct address — you must solve puzzles in order to follow a mysterious friend of yours into an increasingly bent reality. On the way, you find letters from that friend that urge you on and that provide hints into this almost Lovecraftian world you’re exploring. But The Room isn’t all text like Lifeline is — in fact, it’s very little text. But you, yourself, are put into the game in another aesthetic fashion — your fingers brush the screen in a fairly physically accurate way to pull levers, push buttons, turn things upside down. No hands appear on the screen, so the implication isn’t that you’re controlling an avatar. The implication is that your real-world hands have an effect on the in-game reality. It’s the graphics equivalent to direct address; the person in the game is you. Plus the art is GORGEOUS. This is a title I can’t wait to see in Virtual Reality.

I’ve played The Room and The Room 2 a few times through because the puzzles are complex enough to forget. I’ve just downloaded The Room 3 (which came out in November), and judging by the trailer I am in for a spectacular experience.

Which games do you think are casual game changers? Do you agree, disagree? Let’s discuss!