Wednesday morning, the 9th U.S. Circuit Court of Appeals heard arguments in a case that could spur one of the next big gay rights questions to reach the Supreme Court: whether sexual orientation is grounds for juror dismissal.

What started in 2011 as an antitrust case between two pharmaceutical companies, Abbott Laboratories and GlaxoSmithKline, may now hinge on whether judges believe Abbott violated the rights of a gay man who was excluded from the jury after mentioning his same-sex partner. 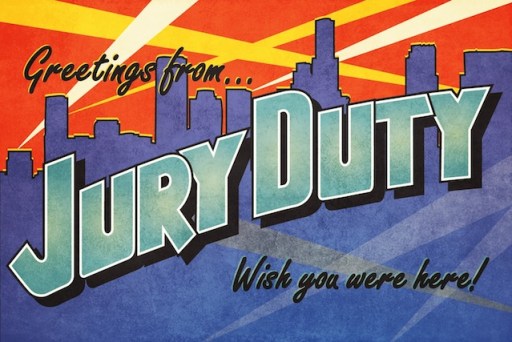 GlaxoSmithKline alleges the man was dismissed because of the gay community’s negative response to the original case, which accused Abbott of raising (by a staggering 400 percent) the price of an HIV treatment drug called Norvir in an effort to damage competitors. Hiking up Norvir’s price meant reducing access to the drug, which was used to boost the effectiveness of other treatments.

The original case found largely in favor of Abbott, which at first denied dismissing the juror because he was gay and now says that it was a perfectly valid reason to do so. Both companies hope for a retrial, given the mixed nature of the initial ruling.

Mercury News reported Wednesday evening that the court seemed in favor of granting the appeal, although the Associated Press report noted mixed opinions among the court’s three judges.

What some have viewed as a snazzy get-out-of-jury-duty-free card is actually a confusing and contested legal practice. Courts have ruled both for and against excluding gay jurors, while some have argued that the 1986 U.S. Supreme Court decision barring race as grounds for juror dismissal should also extend to sexual orientation. It’s not entirely clear what the Supreme Court would do if this case reached its halls, but Slate has a solid rundown of the history of court cases regarding jury selection and protected classes.

The reason this is important goes beyond Abbott and beyond this juror. Although jury duty is something many of us tend to regard as an inconvenience, it also represents a rare opportunity for an individual citizen to uphold justice, and to use their own life experience and the way it informs their knowledge of what “justice” looks like to shape America in a small way. As such, there’s always been resistance to the idea of marginalized people exercising this kind of power and participation, which explains America’s long history of all-white and frequently all-male juries. The public conversation about the jury of George Zimmerman’s trial speaks powerfully to the degree that many juries are still noticeably homogenous, and the ways in which that has real-world effects on the justice system.

This issue also draws from larger cultural debates about what an “impartial,” “normal” or “neutral” person looks like, and whether having any kind of identity marker besides those that are usually normalized into invisibility makes you inherently biased (the controversy over Sonia Sotomayor’s appointment to the Supreme Court is a good example). Juries are supposed to be composed of “peers;” questions about whether marginalized people belong on juries get to fundamental questions of equality and humanity, and whether the majority culture really considers marginalized groups its “peers.” The debate over gay jurors is more than just a debate about one more instance of discrimination against gay people in a specific space; it’s about whether gay people should be allowed full access to the rights of American citizenship, about whether their identity means an inherent bias that keeps them from being able to weigh in on things meaningfully, and as the Abbott case illustrates, whether they should be allowed a legal voice on issues that affect them.

It should go without saying that being gay, like being a woman or being black, does not make you a Certain Kind of Person except one that is gay or a woman or black. The fact is that being straight, cis, white, or male does not make you more “impartial.” So while Abbott Laboratories and their lawyers may have had a case if their potential gay juror had, say, had HIV or been an activist for better HIV/AIDS treatment, merely having heard of the pharmaceutical company and being a gay man does not mean that “Juror B” was predisposed against it. Let’s hope the federal appeals court follows the California Supreme Court’s example and treats gay potential jurors like actual human beings.