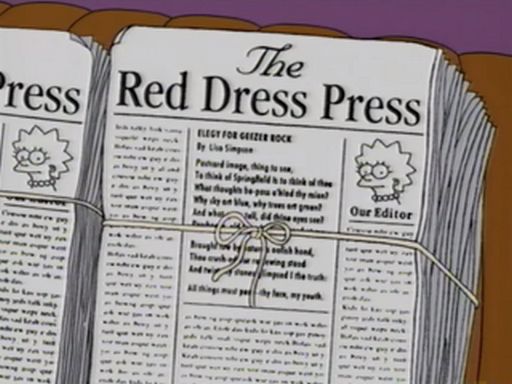 Over at medium, Tyler Reinhard of Mask Magazine makes a case for how ad-blockers could save small publishing — and it’s a strong case. We’ve been talking all year about the benefits and drawbacks of switching entirely to an entirely reader-supported model (which would still include affiliate marketing and ideally, also make room for cheap and easy-to-set-up ad space for non-profits and other queer/feminist indie businesses), which is how Mask operates and which we could pull off if enough people sign up for A+ and our merchandise store keeps growing. I suppose we’re also fortunate, in some way, that our consistent failure to attract advertisers in the past meant we had to create a subscription model way before ad-blockers became ubiquitous to begin with.

Basically, the gist of Tyler’s piece is that the harder it gets for any publishers to make money off ads, the more likely it’ll come to a head that independent publishers can’t make ANY money off ads. The market is changing: we made more from advertising in 2012, when our traffic was a fraction of what it is now, than we did in 2014. In order to maintain the outrageous numbers now required to attract advertisers (numbers a site like ours could never reach due to the relatively small size of our target demographic), sites who can afford to will game the system in a whole new way: like by literally buying traffic, or by kinda-buying traffic through Facebook, which Tyler addresses at length. In order to show up on a Facebook feed, you either game Facebook’s algorithm with what I think of as “share-bait” (e.g., hot takes that controversially declare a thing problematic) or you pay for feed placement. Tyler points out that “since big publishers can afford lots of ads, you’re less likely to see the more obscure stuff from smaller publishers.” You may recall from a previous fix that in the first six months of 2014, Buzzfeed spent $5.8 million on “cost of revenue,” which “consists primarily of amounts due to third party websites and platforms to fulfill customers’ advertising campaigns,” like Facebook. Newer sites like Bustle invest heavily in boosting Facebook posts.

“As shameful as it feels to ask for money on the internet, it’s how you develop a committed community,” Tyler concludes. “People do pay for writing. They do all the time. They have always paid for it, since the first typeset books nearly six centuries ago. People tend not to pay for writing that exists for the sole purpose of holding our attention for just long enough for a page to load. But we actually have incredible stories to tell.”

The Interactive Advertising Bureau, on the other hand, believes that ad-blocking is “highway robbery.” Ben Woods at The Next Web disagrees, pointing out that “no one forced the IAB to survive on the sale of ads for a living; no one forces me to write; no one forces an adblocker to exist.” However, this:

…Think about it like this though: You know that museum, church, volunteer playgroup or whatever you love visiting? You know how they have a collection plate for donations to help keep everything up and running, so you can keep visiting? Using an adblocker is like not ever, ever putting money in there – you know it’s totally voluntary, but you should also know that if you don’t, one day you’re going to swing by for a visit and it won’t be there anymore.

Amy Vernon at Inc has another idea, namely that publishers should maybe consider making better ads if we want to stop people from blocking them. Unfortunately, those ads jut don’t pay as well as the obtrusive ones (which’s part of why our ad revenue is so minimal — we don’t allow obtrusive ads).

On that note, I’m gonna link you again to that Bloomberg Business Week cover story I briefly linked up top, which’s about how most of those gabillion impressions advertisers are paying for are actually robots. A lot of this is just crap — crap websites with crap content, just farms raking in income. But the Outbrain method is used by most major publishers, and I didn’t know exactly how that worked until I read this!

This Business of Online Media & Journalism

+ Huffington Post Highline is turning out to be pretty cool, as well as “sleek and uncluttered, the antithesis of its mothership.” Their aim is to be “a new digital home for an old journalistic tradition…a magazine that only runs cover stories.”

+ After an invitation to Alaska to tell a bunch of humans how to build a personal brand, Ann Friedman becomes increasingly confused about what ‘personal branding’ is all about, especially when she realizes that “the more time I spend defining my personal brand, the more contrived it feels when I talk about myself.”

+ The Daily Mail is suing Gawker Media and James King, the author of “My Year Ripping Off the Web With the Daily Mail Online,” for defamation. It seems that The Daily Mail will probably lose this one, because they are awful.

+ Want a peek behind the curtain of xojane’s first-person confessionals? Here you go: It Happened To Me: How I Became a First-Person Human Trafficker.

+ Lime Crime is the most hated beauty company on the internet, and Arabelle Sicardi is going to tell you why over at Racked.

+ She photographed the first major generation of children of LGBT parents as a means of exploring her own story and the results are diverse and fantastic.

+ If you’re a journalist talking to commenters on Facebook, your audience is judging you.

+ “The word hipster is supposed to refer to a specific subset of people. News outlets are instead just using it as shorthand for anyone who is under 40, has a college degree, and lives in or near a major city.”

+ I hate it when you realize your life is being represented in a piece about a brand’s overwhelming success and therefore your life turns out to be a trend piece after all: Essie, my favorite nail polish, is a lot of salon (and people)’s favorite for its colors, its great design and also, apparently, its ease of use for manicurists.

+ “Here’s a tip: when you host a panel called “here are all the black people,” maybe make sure you actually have some.”

+ The Human Rights campaign got a bunch of companies together, like Google and Microsoft, to commit to “making workplaces around the world fair and equal for lesbian, gay, bisexual, and transgender employees.”

+ How to fire someone

+ 5 Email Templates For When Your Response Is Overdue

+ The Psychology Behind Successful Web Design

+ Bluestockings, a really important feminist bookstore on the Lower East Side, needs your help!

(No pitch suggestions today because Laneia is buried under her inbox. But I think there’ll be an exciting call up soon!)