Today in news that shattered everything we once knew about life, love and the world at large, Blondie frontwoman and professional cheekbones-haver Debbie Harry announced that she identifies as bisexual, and that she has enjoyed relationships with both men and women.

During an interview with a German magazine promoting their tenth studio album Ghosts of Download (LOL what?), Ms. Harry confirmed that longstanding rumours of her alleged romantic dalliances with women were indeed true, and although she had enjoyed more longstanding relationships with men, “let’s just say women are more sensual.”

That sound you just heard was the collective gasp of every warm-blooded woman on planet Earth. 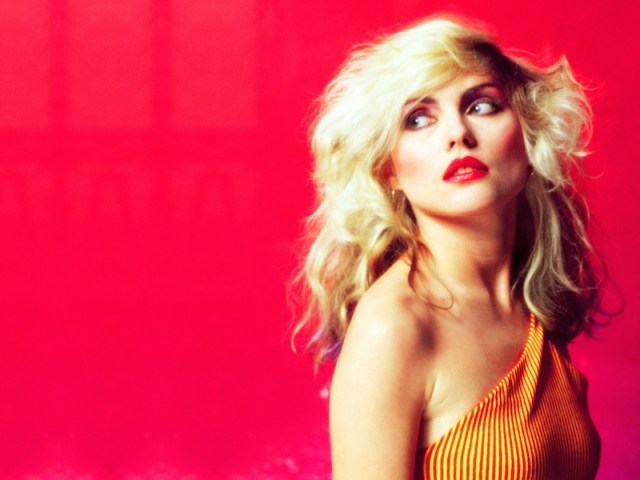 Deborah Harry emerged in the mid-70’s as the singer of seminal new wave rock band Blondie, whose countless hits include “Sunday Girl,” “Atomic,” “One Way Or Another” and “Heart Of Glass.”  In their early years, Blondie were regulars at New York’s notorious rock incubator CBGB’s, and their 1981 single “Rapture” was the first chart-topping song to combine elements of rap with disco and rock’n’roll.  Deborah Harry became the quintessential frontwoman – a platinum-blonde ice queen with a punk rock snarl.  The band split up in 1982 following legal and financial troubles, as well as the illness of primary songwriter (and Harry’s former longterm romantic partner) Chris Stein, only to triumphantly regroup in the late 1990s with their comeback album No Exit.  The band still releases new material and performs today, and at 68 years old, Debbie Harry remains an iconic sex symbol.  Although Ms. Harry has been an ally to the gay community in the past (speaking as an advocate for gay marriage and participating in Pride celebrations), it’s wonderful to know that we can count her as an outspoken member of our own community.

In terms of her future, Ms. Harry expressed a desire to fall in love again someday, adding: “I don’t know if I have any specific requirements – just somebody nice, who has a good sense of humour and loves to have sex. What more could you ask for?”

I cannot speak about this anymore because I am still reeling, but here is Debbie to sing you a song about how she feels about you and your beautiful future together: