Black Pride is an opportunity for my community to celebrate our resilience, honor our history, and organize for a better future. This year, instead of celebrating Memorial Day weekend with my community in-person, I did it on Zoom. I attended afro-futurist art shows, alien burlesque performances, and intergalactic dance parties, all from the safety of my couch. Black in Space: A Virtual Black Pride Experience gave Black queer folks an opportunity to come together, as the COVID-19 health crisis requires us to socially distance. 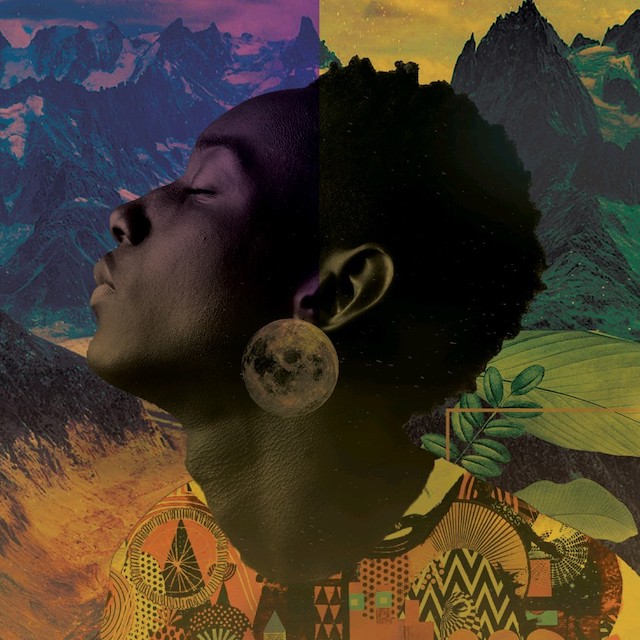 The History of DC’s Black Pride

The first Black Pride in the nation took place in Washington, DC in 1991. Dr. Nikki Lane, a cultural and linguistic anthropologist, detailed the origin story of Black Pride during Black In Space’s opening ceremony. Lane explained, “Black pride was a public health intervention. It was [a response to] the refusal of the state and LGBT rights movement to recognize the value of Black life.”

Washington, DC was once home to some of the most popular Black gay clubs in the country, the most notable being The ClubHouse, founded in 1975. Lane said, “[The ClubHouse] was modeled after the exclusive New York City clubs where you had to have a membership to get in. At its height The ClubHouse had 4,000 members.”

At the time, racial discrimination at white gay clubs was rampant — Black patrons were either refused entry or required to provide multiple forms of identification to enter. To cultivate a space where Black folks were not only welcomed, but celebrated, The ClubHouse held a yearly event called The Children’s Hour. The Children’s Hour took place every Memorial Day weekend, and was “an annual night of partying and celebrating Black gay, lesbian and trans culture,” said Lane. The Children’s Hour would continue until 1990, when The ClubHouse closed its doors in the wake of many of its members dying from complications of HIV/AIDs.

The first Black Pride would fill the gap left behind by The ClubHouse’s Children’s Hour. Led by Welmore Cook, Theodore Kirkland and Ernest Hopkins, a group called the Black Pride Committee put together a day long festival that “would bring attention to the HIV/AIDS crisis, while simultaneously calling attention to the white washing of general pride celebrations.” Lane described, “the first Black Pride celebration was held on the Saturday of Memorial Day weekend at Banneker Park in Northwest DC, a predominantly Black neighborhood. Their mission was to raise funds for organizations serving Black folks affected by HIV/AIDs. They were also interested in disseminating very important information about HIV/AIDs prevention to the folks attending the events. Just over 800 people attended that first event, [and since then] Black Pride has blossomed to become a celebration that happens all across the country.”

You can learn more about that first Black Pride on A Celebration of DC Black Queer History created by Black Youth Project 100 DC Chapter. 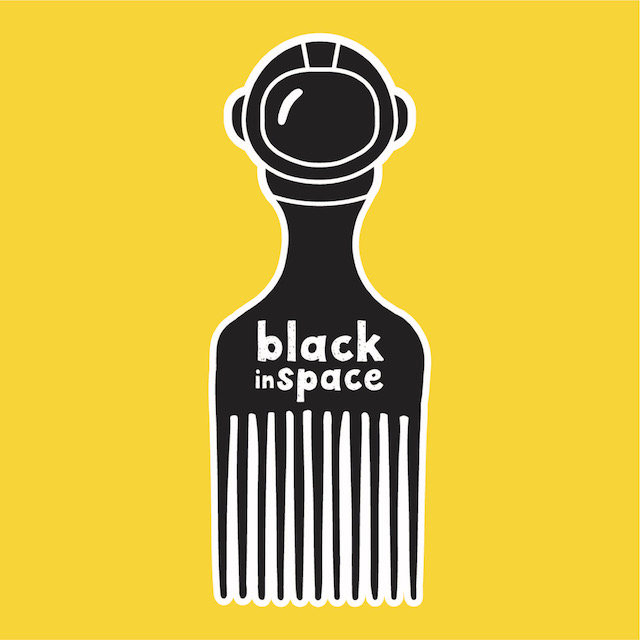 Black in Space: A Virtual Black Pride Experience followed in the legacy of the first Black Pride event. When it became clear that our community could not come together in person, co-creators Lee Levingston Perine and Patience Sings began to put together a five day virtual Black Pride experience — in only six weeks. Lee Levingston Perine has been an event curator for over a decade, and close friend Patience Sings is part of musical duo BOOMscat. Together they cultivate events through Makers Lab, an LGBTQ centered collective that throws some of the baddest, Blackest parties in DC. I interviewed Perine and Sings about Black in Space, and curating virtual experiences for Black folks during the pandemic.

What made you decide to put on Black in Space?

Perine: I’ve been creating space in DC since 2008, and during Black Pride specifically since 2012. This year we were going to do a series of programming called “Say it Loud,” and The Rona happened and I was going to scrap everything. But then I thought folks need to come together. Black in Space was actually the name of the party we were going to have on the Sunday of Black pride, and so we took that and made it the name of the festival. It was supposed to be one day of activities and somehow it became five.

Sings: We did not plan to do a five day festival. It was given to us. It was over one hundred artists that we worked with. 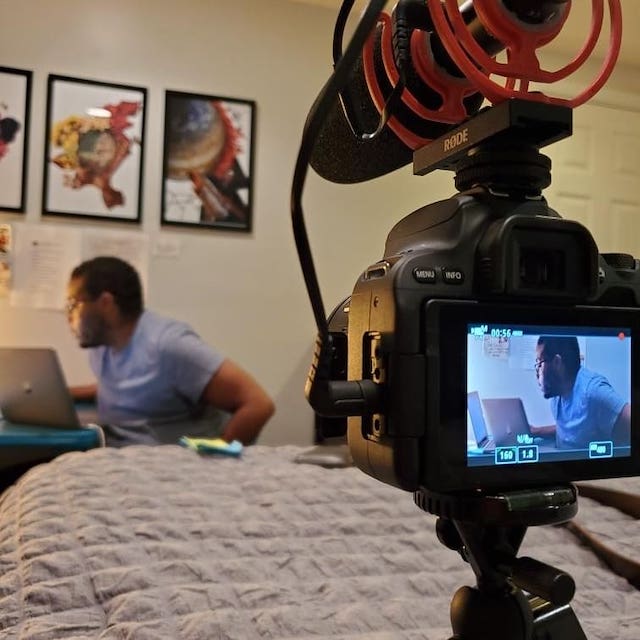 How did you make sure Black in Space was accessible?

Sings: We had American Sign Language (ASL) interpreters — Billy Sanders and Dina Hobbs — for every event. We wanted to make Black in Space a space for all Black queer people, as accessible and supportive as possible.

Listen you have never been in space like this!!! thank you Billy and MIM!!! #blackinspace pic.twitter.com/ZxCB2Z1al0

Perine: People said they’d been to events with interpreters before, but they hadn’t seen Black interpreters. Billy and Dina were such a huge part of this event.

Sings: They made the experience for so many folks — they really showed how accessible spaces benefit us all.

Perine: Billy and Dina were open to conversation with us. I made a lot of assumptions — we’ll need you for this portion of the event, but not for the dance party. Billy was like “Well, why not? You don’t get to decide how people engage.” And I was like you’re right!

Why did you decide to make it a sober space?

Perine: I’ve been producing events for a long time, and through a lot of it I was in the middle of active addiction. I’ve been on the journey of sobriety for 15 years, and this is the time where it’s sticking and I’m feeling more myself. The way I’ve always created is by thinking: what are the events I want to go to? I get tired of going to events that are so alcohol-focused because that is still triggering for me. One of the reasons I’ve been able to remain sober is because I’ve figured out the importance of boundaries. I have to have boundaries in the spaces I engage in. If I don’t see the spaces I need, I’m not going to complain about them, I’m just going to create them. Black in Space was our first zero proof experience. As a person in recovery engaging in digital experiences is safer for me because I’m in my house. [To keep the space safe virtually] we asked all the performers to not reference drugs and alcohol in their set. 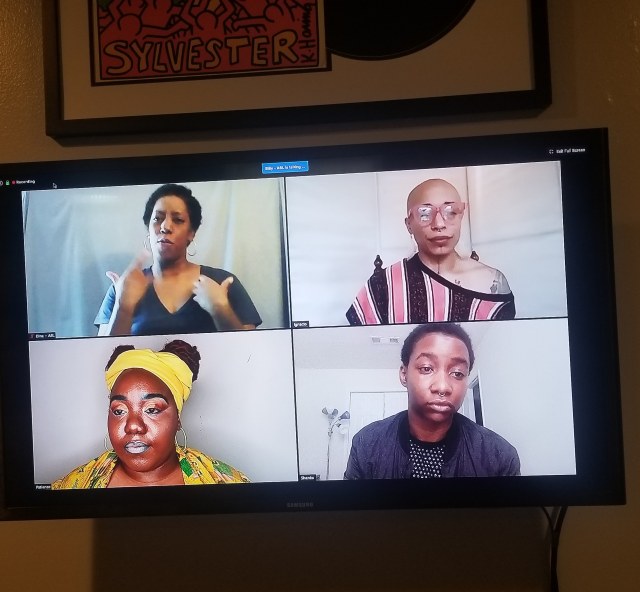 Why did you include political education in the event?

Sings: It is important for our work that we talk about Black folks — Black folks aren’t monolithic, but we have a lot of shared experiences. White supremacy is a shared experience. So we wanted to be clear that Black LGBTQ folks are at the forefront of all of these movements. We don’t just support these movements, we create these movements and we create them with joy. You can’t have Black liberation without Black joy. We talk about liberation and revolutionary ideas with joy.

Perine: When I started producing in 2012, I didn’t use words like liberation. When the folks from Black Youth Project 100 and Black Lives Matter DC (BLM DC) started coming to events, I learned from them and was able to grow. So the way that we create has grown too.

What made you decide to donate masks to the DC Mutual Aid Network?

Perine: Folks from BLM DC supported Makers Lab events in the past, and when they saw that we were doing Black in Space, they said “how can we resource your project?” So they offered funds, but then we had a follow up conversation and we asked “What is it that our community needs right now?” The community needed masks. So we made a commitment to getting 500 masks. We didn’t know where the money was going to come from, but it was a commitment we’ve made in how we program: to take care of all Black folks. We also made sure that the masks were made by queer and trans owned businesses.

What was it like connecting with our community virtually via chat?

Perine: Brooke Jay, founder of The Haux Hive was our chat hype person, and she was great.

Sings: It was lit in the chat function. It was a good ass time. It kind of felt like an AOL chat room circa 2007 with people that I know and love.

What’s next for Black in Space?

Perine: We’re launching Black in Space TV. Some content from the festival will be available, and the shows will cover a range of themes and feature a variety of performers — afrofuturism, spirituality, music, poetry.

Interviews edited and condensed for clarity.

Tahirah is a DC-based literary artist who loves to celebrate Black queer weirdos in their work. Follow them @TahirahAGreen for updates on their art.

Tahirah has written 1 article for us.