I heart public transit. This is partially due to my distaste for driving, its related expense, stress, and environmental destruction, but mostly I really like reading and writing while in transit. (Also, the option to fall asleep late at night.) In other news, a new Stanford University study “Transportation: Reconceptualizing Data Collection” reveals what may be a significant gender gap in public transit use contributed to what they are calling the “mobility of care” factor. 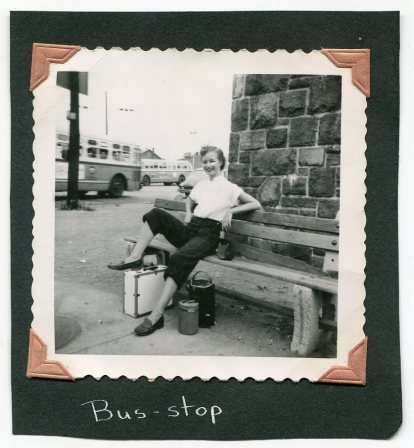 Eric Jaffe of the The Atlantic reports on the study,

Data from both Europe and the United States suggest that women spend much more time using public transit for child care and other types of “care”, or unpaid labor, and “trip chaining” which is basically hopping around from train to bus to another train while running a bunch of errands. See beautiful charts below. 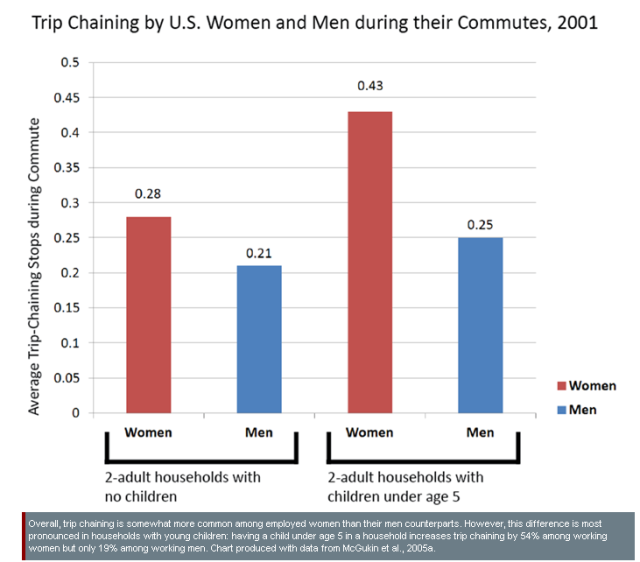 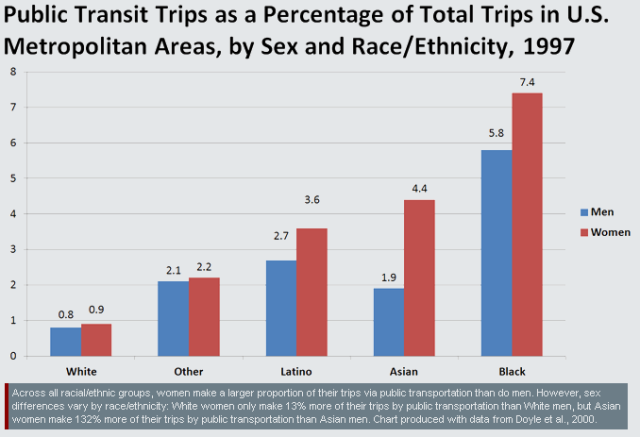 This study is a project of Gendered Innovations, which employs methods of sex and gender analysis to create new knowledge. It’s encouraging to see a study pointing to the need to address sex and gender variables in data collection when so often this information is poorly collected and represented.