I’m mentioning all this because, I’m switching things up a little bit this year… instead of giving my own takes of what makes our finalist worthy of your vote for the national championship, I’m doing my own version of the teamcast. After Alex Danvers and Juliana Valdés won their respective semifinal match-ups — neither of which turned out to be close, surprisingly — I reached out to two Autostraddle readers, Emily Danvers and Jessica Vazquez, to talk about their personal connections to the characters’ coming out stories.

March Madness is a fun contest to put together… finding 64 participants means rewatching a lot of stories I’d forgotten about and unearthing new ones that I hadn’t made time for or that I hadn’t even been aware of. I always end up learning a lot. When the voting commences, I know it often ends up being one fandom between another and while that’s the nature of the game, it overshadows what’s really important: our connection to these stories…which, especially with respect to coming out stories, is often so deep and palpable. So, in this last round of voting, I want to center that again.

As it happens, Emily Danvers hadn’t seen a single episode of Supergirl before she witnessed Alex Danvers come out to her sister. She’d never watched the show before, she’d never read the comics, she just happened to walk into a room at work at that exact moment. A moment of pure serendipity. It was the first time she’d ever seen Supergirl and she fell in love with it, and Alex Danvers, in particular, right away. She rushed to catch up, binge watching the entire series, and saw herself in Alex.

“I’d only been able to tell a few people I liked girls at that point and only if they asked. I absolutely couldn’t call myself gay or a lesbian out loud,” Emily explained. “Those scenes could have been me and Chyler Leigh made it so powerful with her hesitation and her body language and the way she could barely look at Kara or Maggie. I’d had so many conversations in the months before where I wanted to come out but just couldn’t say the words.”

Like Alex, Emily tried to avoid dating and, in the rare instance that she did date, she didn’t enjoy it. Like Alex, she’d almost convinced herself that she just wasn’t built for love. Like Alex, she’d repressed feelings of attraction for women until she found her Maggie: the person for whom she could no longer deny her feelings. Like Alex, she was scared to come out to her family and friends, worried that the admission would tarnish the image of the person they’d known. But, as good representation does, Alex Danvers’ coming out story offered Emily not just a reflection of herself but a glimpse into the possibility of it all. Seeing Alex Danvers, the ass-kicking agent at the DEO, be vulnerable and fearful, gave Emily space to be that too. Seeing Alex Danvers — someone, in her late 20s, already with an established, successful career — come out, gave Emily a reprieve: coming out can happen at any age and no one should feel guilty about what age they do it. 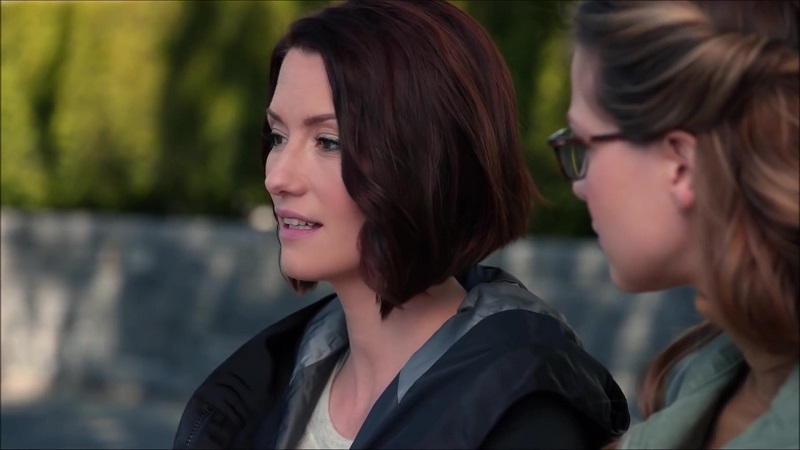 Alex comes out to her sister, Kara, on Supergirl.

“Maggie telling Alex ‘we should kiss the girls we want to kiss’ and Alex kissing her back was the final bit of permission I needed to choose to be out,” Emily told me. “A couple of weeks after seeing that episode I finally came out to my best friend, something that I’d been trying to do for months. Then over the next few months I told more friends, my sister and some people at work. I couldn’t use the word gay at first so I practiced saying ‘I’m gay’ and ‘I’m a lesbian’ alone in my car where nobody could hear me until I could say them confidently and without stammering and could say them to actual people. Without Alex I don’t think I would’ve found the confidence to do any of that, certainly not for months or years.”

For Emily, Alex Danvers’ story stands out as a rarity among coming out stories because of its authenticity: all of Alex’s emotions — the fear, the excitement, the passion, the heartbreak — echoed everything Emily felt as she navigated her own coming out. Alex Danvers’ story was beautiful in its simplicity, “it was just Alex getting to figure out who she was, over several episodes, with the love of her family and friends and then getting to be happy about it,” Emily pointed out. And, in a television landscape that too often consigns coming out stories to high school students and tries to convince us we have to have it all figured out by adulthood, Alex Danvers stands out: the rare adult character who finds this thing about herself that she never knew she was hiding.

Jessica Vazquez was reluctant to embrace Amar a Muerte at first. She’d been down this road before — first, with Los hombres de Paco and then with Tierra de lobos — of investing in a telenovela’s queer love story only to watch it devolve into recycled tropes and end in burying one or more of their gays, so she resisted. Who could blame her? The show’s literally called “Love to Death.” But, after seeing the show’s lesbian couple, Juliana and Valentina (portmanteau: Juliantina), recur on her twitter timeline: Jessica finally relented and did a deep dive into the couple’s history, including discovering clips of their scenes, translated by a community who wanted to give Juliantina a wider audience. 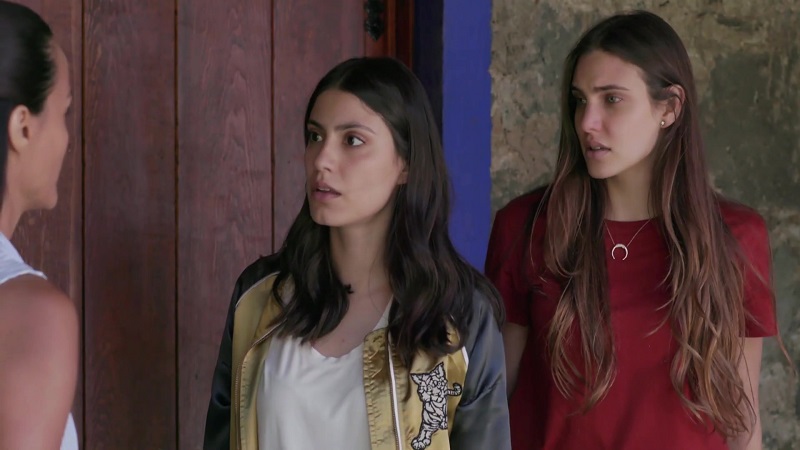 Julia comes out to her mother by reaffirming her love for Valentina on Amar a Muerte.

“To say I was clueless to how I felt would be an understatement. One time she kissed me and she asked me if I thought we could be bisexual. I froze and didn’t say anything and her mother came in so we quickly moved away from each other and we never talked about it after that,” Jessica shared, her story slightly mirroring how Juliana’s mother found out about her daughter’s relationship. “Seeing Juliana and Valentina struggle with their feelings for each other by talking to one another about it reminded me of that time of my life.”

When Juliana’s mother, Lupe, finds her daughter together, she tries to tear them apart but it doesn’t work. Juliana’s tenaciousness — her “unwavering drive to make her own way despite all obstacles” — is what makes her coming out story worth stand out, Jessica told me. There’s not a moment of equivocation from Juliana. When Lupe and El Chino object to her relationship, she is unwavering: what she feels for Valentina is real love and not something she should be ashamed of. Those affirmations are powerful on their own, but in a genre and on a channel that hasn’t been thoughtful in its depiction of lesbian storylines, they were groundbreaking.

“I have witnessed many perfectly good queer romances fall apart on screen because one character was made to use the intensity of their feelings as the weapon. Thankfully, Juliana’s stubbornness wasn’t used as a way to denounce her feelings for Valentina,” Jessica said. “Instead, it was used as a way to orchestrate one of the best endings any fan of queer television could hope for. Juliana Valdes got the storybook ending she deserved, and so did everyone who was rooting for her.”