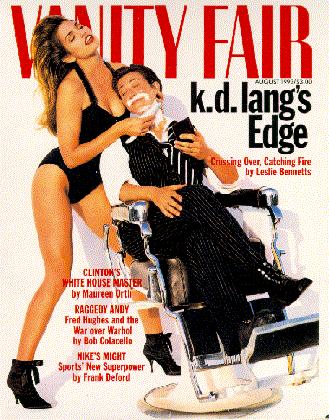 Watch what you are doing with that razor girl!

Herb Ritts is one of the most influential fashion photographers of all time.  He’s shot countless covers for Vogue and Vanity Fair and his books and exhibitions have been widely published and praised.  In 1993 Ritts photographed model Cindy Crawford with lesbian folk singer, K.D. Lang, for Vanity Fair.  In the 1990’s Lang was one of the most well-known (read: only) out women in music.  This cover fell in line with Lang’s gender-bending persona and even 15 years later, this cover is daring in its departure from mainstream gender roles. Though the titillating cover inspired a lot of right-wing backlash, it was the third biggest-selling issue in Vanity Fair‘s history and is now considered “an internationally recognized symbol of the phenomenon of lesbian chic.” 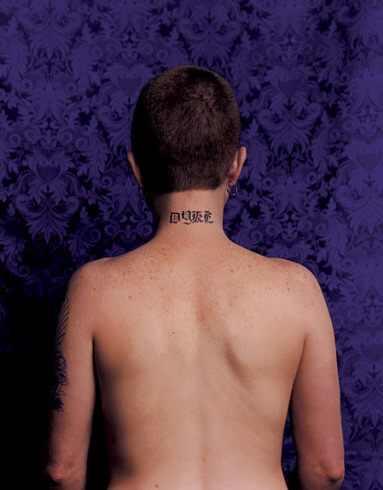 Dyke was part of a survey exhibition at the Guggenheim in New York.

Its hard to choose an image of Catherine Opie’s that doesn’t make an important statement about gender and sexuality.  She once described her style as a “kind of twisted social documentary” to the Los Angeles Times. At first glance, these photos wouldn’t be out of place at a formal portrait studio — there’s no crazy shadow or edgy lighting like one might expect from an artist specializing in queer culture — and often S&M concepts as well.

Her photos are lit to perfection with beautiful and rich color/tonality with a hint of that old-fashioned traditional feel. I love that juxaposition.  A whiz at controversial themes, Opie also captures amazingly honest self-portraits that let her audience in on her own feelings and questions on gender and sexuality.

You might also recognize her work from the opening credits of The L Word: 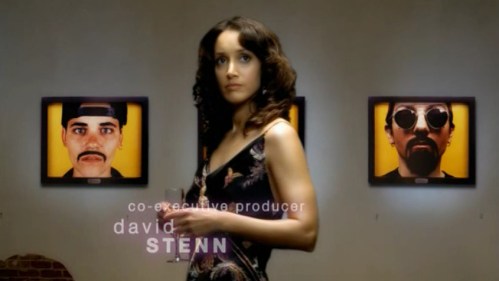 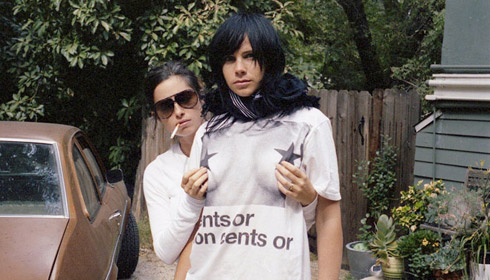 Cass Bird got together with Le Tigre’s JD Samson to make the JD’s Lesbian Utopia calendar.  The pair visited lesbian RV camps all over the country and photographed gender bending subjects and concepts. (Apprently there are a lot of RV Camps for Lezzies by the way.. I did not know this) Cass has said that JD became a symbol of freedom and self-definition while shooting this project. Bird is an incredibly successful photographer whose snapshot-style photos of family systems, friends and celebrities always exude a personal feel. 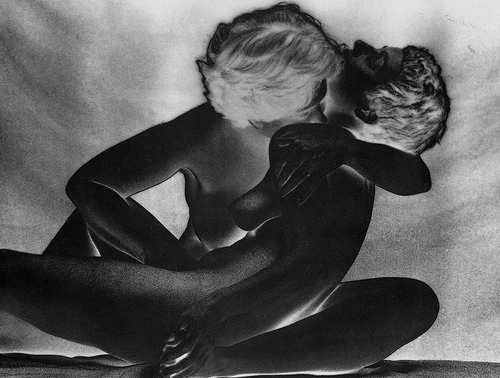 Tee produced this image on a solarized negative

Tee is a famous lesbian photographer who photographed her own life.  This emotional essay describes why she photographed her partnerships and how her late partner’s battle with cancer — and eventually her own — affected her work. The first chapter of this essay is “Make Relationships Visisble.” This is what Tee was all about.  She understood that visibility alone is a statement in and of itself.

Here are some, not all, of the lesbian photogs you should know! And yes, there are a LOT more out there, especially working today.  Some of these ladies need some help on their websites.
JEB (Joan E. Biren)
Cathy Cade
Annie Leibovitz (Does the great Annie Leiblovitz not have an actual website? Hmm)
Judy Francesconi
Deborah Bright (Does this creepy thing where she photoshops herself into old movie stills. yikes.)
A fun directory of some more obscure artists

There are so many more so here are some books for all you nerds out there who like to research this stuff!

Nothing But The Girl: The Blatant Lesbian Image

That’s all for now.  Stay tuned for some exciting interviews and shoots with some important ladies in the coming weeks!