The evening I touched down in New Orleans, about to embark on a soul-searching family trip to various sugar plantations, the Darren Wilson decision was reached in Ferguson. I was sitting at a down home barbeque restaurant with my mixed-race sister, Black mother and her white boyfriend of nine years. I mean, we were the friggin’ picture of post-racial prosperity, and yet every one of us was slapped back to reality in one timely Google search. We are avid mealtime Googlers. If we had set the table ourselves it would look something like, from left to right: salad fork, dinner fork, dinner plate, water glass, wine glass, napkin, soup spoon, knife, iPhone. Conversation consists of getting into heated debates that more or less end in Googling the answer; either that, or eavesdropping on the neighboring table and picking up where they left off.

I’ve never been to a protest. Well, I went to one teensy Occupy protest in Amherst while I was at Hampshire, and I did one of those bogus walk-outs in high school so I could drink booze and smoke cigarettes and to feel like part of something cool. But really, as an active participant, no. I’m not proud of this, but I never felt compelled to participate in one — until that night. There was a fury brewing in me that I had never experienced before and I wanted to take to the streets and burn some shit down. Fortunately, I did not have the opportunity to commit arson that night because I was having “family time.” But I’d never felt this before; like somebody was shaking me by the shoulders and saying “you’ve got to do something!” Of course, we were set to embark on a road trip where not only would I have to swallow this rage, but I would be confined to a car, and taking quaint tours of old timey plantations where if I decided to get stir crazy, I would surely be thrown out.

For the next five days we would have circular conversations surrounding the blatant and unending ignorance blinging from our phones via Facebook. As we rolled by the sugar cane fields on the road to Natchez, hugging the border of the Mississippi River, one of us would periodically look up from our screen to announce yet another mind-melting post from some distant white “friend” who felt the need to comment on one of our posts.

“You guys,” my mother groaned, “You will not believe what Christen White just said to me.”

“Her name is Christen White? Oh God, what did she say?”

“This woman… god help her… had the nerve to tell me this has something — anything — to do with Black-on-Black violence. Oh oh oh oh, here’s a quote: ‘nine times out of ten, it’s black men who are killing each other.'”

“Where the fuck did she get that statistic? Oh, Mom, you have to ask her where she heard that. No wait, I got it, I got it. I’m gonna tell her.”

Normally, I don’t make a habit of getting into arguments with people on the Internet, but when people who are normally ideologically aligned with me decide to make their ignorance and thinly veiled paternalism known without invitation, I just… erghhhh. This, of course, goes against what I believe in: that people’s minds can only be changed when you coddle them through it. But goddamn was this particular person irritating. My mother’s boyfriend remained relatively stoic throughout the ride. He really enjoys trees, and the trees along the Mississippi are quite haunting and majestic at the same time. 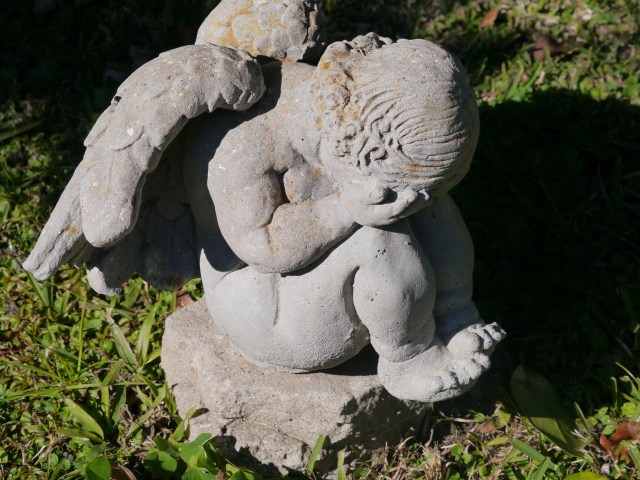 We were able to take a break from our seething and Instagramming when we arrived at Evergreen Plantation in Edgard, Louisiana. An active sugar plantation to this day, our tour guide walked us beneath canopies of 200-year-old oaks with low-hanging Spanish moss that resembled antique lace. We were walked through the “big house”— incidentally the same exterior used to film some scenes in Django Unchained. Particularly, one of my favorite scenes (I know) in which a slave woman asks of her master, “You want us to treat him [Django] like white folks?” I don’t know, that one just had me rolling — but I digress.

Burnt orange rooms with hardwood floors led us to marble hallways accented with wicker furniture sporting palm-patterned pillows. The rooms were tastefully designed with Victorian and Edwardian antiques that were perfectly preserved. We were told that our tour guide does not know the cost of upkeep on the meticulously kempt grounds because whatever it is it doesn’t matter: “The owners are oil heirs. This is just a hobby.” Quite a hobby.

We were walked to the slave quarters, some still standing, others restored. They were basic shacks, between three and five to a room. Although tiny, they were bigger than I thought they would be. We were told of the French colonial slave-keeping laws, which were apparently more humane than those of American, British or Spanish colonial laws. When we were told that the slaves were encouraged to be married, that young girls must be sold along with their mothers and kept from work until the age of fourteen, and eventually buried alongside their masters in the Catholic cemetery, we caught ourselves doing that raised-eyebrow, pompous nod of surprise until we were able to remind each other that these people, however less oppressed than their neighbors, were still fucking slaves. It seems that even back then, darker skinned folks were being handed a bone and told to be grateful for what they had.

When we arrived at the Dunleith Plantation in Natchez, Mississippi, it was almost dinnertime. We got properly soused on red wine, ate some food (I can’t recall what) and I fell face-first into my pillow, expecting to wake to a sprawling historical plantation much like Evergreen. One of the first things my mother’s boyfriend noticed upon waking up Thanksgiving Day, was that all of the rooms were named after prominent confederate soldiers. This information he bestowed upon us with didactic self-confidence. I was totally freaked, but he seemed more intrigued than horrified. How apropos that we spend Thanksgiving, arguably the most colonial holiday next to Columbus Day, in the most colonial environment in America. I couldn’t help but think that if indeed this particular plantation had any affiliation with actual confederate soldiers, that was creepy because the ghost of Stonewall Jackson was probably staking out my bedroom door with a sawed-off shotgun while I slept. And, if in fact, this plantation had nothing to do with the confederacy at all, then what the hell were the bed-and-breakfast owners doing naming the rooms in honor of the most racist blight on American history? I wanted to get out of there fast, but we were slated to enjoy Thanksgiving dinner on yet another nearby plantation and nothing was open at the moment so my only hope at eating anything that day was to wait it out, hangry as hell, refreshing my stupid Facebook feed until dinnertime. For the record, it turns out that neither of these places were actually plantations, but plantation-style homes. Nonetheless, they almost certainly employed a cadre of slaves, so the details don’t exactly sway me. 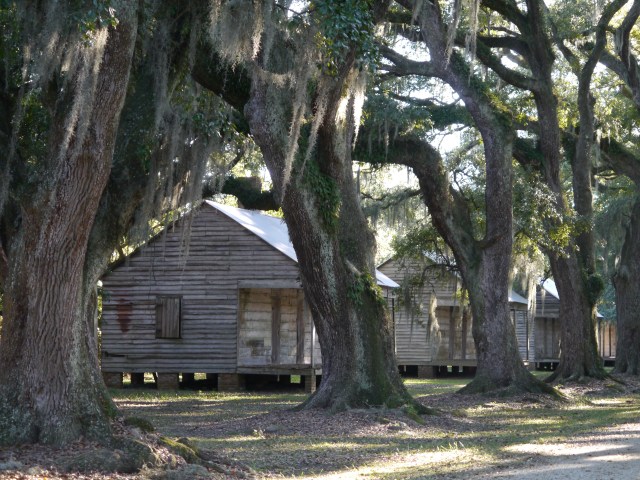 The next morning, as my mother and her boyfriend ate their breakfast, they approached a couple that had been sitting next to us at dinner the night before. They looked nice enough: older, white, kind of edgy looking. The dude had a kind of Keith Richards thing going on. My mom asked how their dinner was. They said it was fine, and remarked how we were being kind of “rowdy,” most likely referring to our umpteenth heated discussion of the events in Ferguson. And then he asked my Black mother and her white boyfriend, “so… uh, how in the world did you two get hooked up???” My mother, bless her heart, tried with every cell in her brain to rationalize this question. She thought, “maybe he thought I was wearing whacky clothes, and Frank dresses so conservatively.” She does dress very colorfully (pun not intended). But the rest of us took it for what it was, even Frank. And after so many days of suppressed mania, a wave of exhaustion washed over me. The nail in the coffin was when I called my 98-year-old grandmother from the car on our way back to New Orleans. She said, “I just… cannot believe y’all are in Mississippi. Although, I guess times have changed a bit.” Yeah, grandma. A bit. 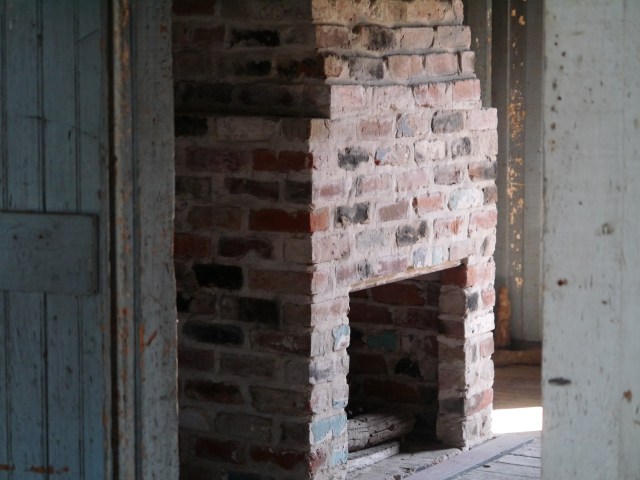 Two days after returning to New York, the cop who murdered Eric Garner was absolved of any indictment. But instead of rage, or anxiety, I felt tired. Tired from travel, perhaps, but also just wiped. Worn down by the concurrent weight of history unraveling behind me and the present unfolding before me, I felt paralyzed. History is repeating itself too soon, it seems. It’s déjà vu all over again, and the only tools we have to address it are our voices. That weekend, I was in the streets, but not to rage or burn. I was there to mourn, or rather, to wait. Because at this stage of grief, my only burning and desperate question is: Are we there yet?