India’s Mumbai-based film industry is one of the most celebrated and popular in the world; creating entertainment for the second most populous country in the world is a big business, and a very profitable one. One of the ways in which it noticeably differs from its American counterpart, however, is an explicit policy of state censorship that has for much of Bollywood history forbidden things like heterosexual kissing on screen.

Astute viewers will notice (and Westerners will often complain about bitterly, as if no one in South Asia has noticed this, and it does not also occur in American cinema) that there is a certain amount of hypocrisy here; for instance, Bipasha Basu can dance seductively for hordes of men and Vivek Oberoi can touch her wherever – as long as there’s no kissing. One might also note that the same scene features activities, like drinking, that are generally inappropriate in real life in India. This is the subject of MSN India’s mini-article about how willing Indian audiences seem to be to accept “disturbing revelations” in films that they would be horrified by in real life. 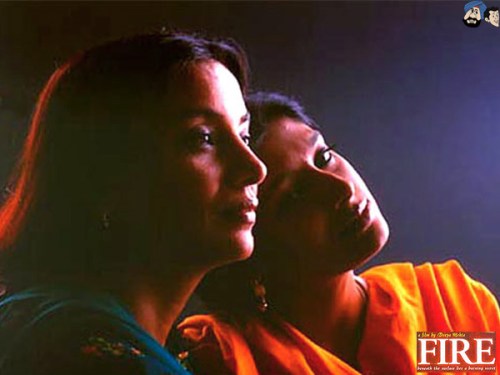 The MSN article discusses how despite the cultural conservatism that persists through much of India, things like sheer saris, senseless violence and gay relationships are still cropping up in movies – very popular movies, even! According to Gaysi (“a voice and safe space for desis who identify as LGBT), what’s problematic about their view is that it lumps gay and lesbian relationships in with “violent rape” and “implied incest” as “disturbing revelations” that are shocking for Indians to go see in the theater.

It could be argued that this is simply poor phrasing – for instance, the article also includes “Aamir Khan playing a 17-year-old,” which seems like it is probably not meant to be read as being as inappropriate as incest. But there’s still something wrong with putting gay relationships on the list of things that Indians will oppose in their daily life but gladly watch on the big screen. Because Indians haven’t and still don’t always go gladly to see it in the movies, and more importantly, it’s also less and less of a cultural taboo.

The MSN article mentions Deepa Mehta’s seminal film Fire, about two sisters-in-law who fall in love, as well as the considerably more commercial film Girlfriends and the more recent Dostana, starring major Bollywood names Abhishek Bachchan and John Abraham. What it doesn’t mention is that all these films actually faced major opposition, and sometimes, violence. Deepa Mehta received death threats and theaters showing Fire were vandalized back in 1996.

Even Girlfriends, which features a “butch kick-boxing man-hating murderer who doubles as a plumber in her spare time” and who’s offered “the love of a good man” to “straighten her out” was protested by the Shiv Sena, a Hindu fundamentalist group who burned its movie posters. Dostana is a comedy whose lead “couple” isn’t even really gay – they’re faking being together for residency and to get to live with a beautiful woman whose protective auntie would otherwise keep them away from her. But even that incited protests calling for a ban that took the police an hour to subdue. It seems a little misleading to represent these movies as something everyone rushed to theaters to see. Outside the realm of cinema is the more pressing story of the lesbian couple in Gurgaon, whose lives were in danger for being open about their relationship, and who recently had to go into hiding to stay safe. In contrast, there have been no reports of anyone protesting Aamir Khan playing a 17-year-old. 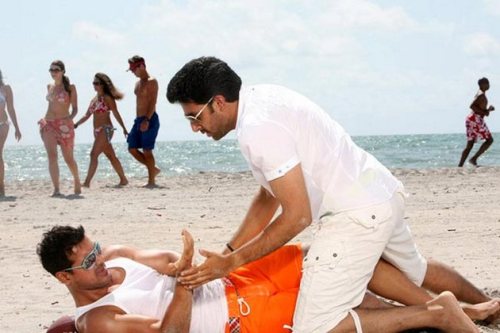 At the same time, however, unlike shooting sprees or transparent clothing for women, being gay is less culturally frowned upon than it once was. New Delhi decriminalized gay sex in 2009, the same year that the country’s first gay pride store opened in Mumbai. Even in the much more conservative Southern city of Hyderabad, gay communities are increasingly active and visible. And the couple in Gurgaon has been granted 24-hour protection from the state – 14 of their relatives and village neighbors have been served notice by the court, a level of support that American queer communities can’t even count on. Of course, that hasn’t stopped the Health Minister from describing homosexuality as “unnatural.”  But considering that America’s current  most popular GOP candidate helps run a clinic that may provide or refer patients to “ex-gay” therapy, that still leaves room for India to be plenty progressive on gay rights – at least, much more so than MSN India seems to give it credit for.

Rachel has written 1127 articles for us.