So much hypocrisy today! Where do we even begin?

How about the “ex-gay” Mom who is still on the lam with the child she was supposed to turn over to her partner on the 1st of January?

BREAKING THE LAW: The custody case with the ex-lesbian and the lesbian we’ve been telling you about has just gotten more tense. On Monday, a judge issued a warrant for the arrest of Lisa Miller, the biological mother, three days after Miller was supposed to transfer custody of her daughter with Janet Jenkins. Miller and the daughter’s whereabouts are still unknown.

Or how about the situation in Malawi, where the government has arrested two gay men for holding an engagement ceremony? 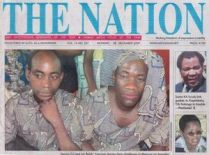 Two gay men were denied bail in court in Malawi where they face charges of engaging in homosexual sex,which is outlawed in the tiny southern African country. The anti-gay laws are defended as a reflection of local social conservatism, but Towleroad reports that the Jailed Malawi Gay Couple May Face Humiliating, Invasive Sex Test, Say They Have Been Beaten in Jail. Surely that’s not what the Bible ordered?

The Times UK has a theory, and it begins by looking at the hypocrisy in the modern anti-gay Evangelical movement in the US… We did a run-down of this issue last year in “Why Anti-Gay Leaders Love to Sin, Are the Sinners: A Sex Scandal Timeline.”

“What else but hypocrisy oils the sexual activities of misogynistic cultures, in which women are supposed to be modest, but men aren’t, and where virginity is demanded in unmarried women and derided in unmarried men?”

“The sexual conservative’s true hypocrisy is that he doesn’t really believe in his own idealisation. Men will be inflamed by the sight of hair, women will bear other men’s children at the fall of a veil, boys will suddenly cast off the tedious ways of heterosexuality and put on the gaudy garb of gayness. In truth, sexual conservatives wants to make everyone else pay for their own dark thoughts.” 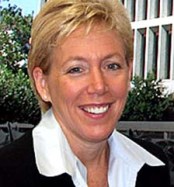 Yup, that’s right. The guy who wants to promote “traditional family values” in California, Frank Schubert, and in Maine and in the whole wide world, seems to be lacking some basic respect for his own family. Anne Marie Schubert is running for judge in Sacramento, and Frank says:

“My activities in politics are mine alone – she doesn’t have anything to do with them. I tried to focus the Prop 8 and [Maine’s] Question 1 campaigns on the various issues associated with redefining marriage, not on the personalities of the people involved on either side. Anne Marie and I disagree on the marriage issue. I am certain that she opposed Prop 8. Neither of us has allowed that single issue to define our relationship as brother and sister.”

Okay, on to the rest of the news…

JERSEY: It looks extremely unlikely at this point that gay marriage will pass in New Jersey. You might remember that Senate committee hearing we live-blogged, and the subsequent pause on voting. Well, it looks like there’s no momentum left because neither chamber wants to vote first. WHO’S SURPRISED?? Oh right, no one.

At least there are still people fighting the good fight:

At a rally on the State House steps Monday afternoon, more than 150 demonstrators voiced equal measures of frustration and resolve, saying that Democratic legislators who had pledged to pass the bill would be held accountable if they reneged on their promises.

There’s a nice quote in that article about why this shouldn’t be a religious issue. But this Pam’s House Blend post about a new declaration from Jersey religious leaders makes a good counterpoint: “No New Jersey clergy will ever be forced to marry same-sex couples, but currently those who wish to do so are being discriminated against by a civil law that is partial to radical-right conservative religiosity.  New Jersey clergy are therefore calling for the law to be made impartial by allowing same-gender couples access to civil marriage.” (@pamshouseblend)

CHRONIC: Stoners rejoice! California’s liberal ballot initiative laws have allowed pot supporters to get the “Tax Cannabis” act on the ballot. If passed, California would be the first state to legalize marijuana, which would also allow them to tax the product and regulate the industry. Currently medicinal marijuana is legal in California.

There’s a bunch of reasons why this should pass: because it’s stupid to legalize alcohol but not weed, because the war on drugs is ripping apart central America, because people will do it anyway it’ll just be less safe, etc. But it’s the money that makes this proposal a good idea right now. Pot is probably California’s most lucrative cash crop, but the government doesn’t see a dime of that money.

[Riese sidenote: However, we’ve heard that the police in CA regularly raid pot shops as it remains illegal under federal law. The police then repossess the goods & the money from the pot store for themselves. When the owner has his or her day in court, they will win because of the state law. They won’t be charged or made to stay in jail. But meanwhile, the officers who raided their store keep the weed and keep the money. It’s an expense of doing the pot business in CA right now, and it benefits the corrupt law enforcement officials quite a bit.]

Meanwhile, there’s a huge budget crisis going on, causing the UC system to increase undergraduate tuition 32% for next year because of funding cuts. Cannabis taxes could take care of most, if not all, of the state’s budget woes. (@good)

IOWA: Same-sex marriage in Iowa is safe, at least for now. Conservative lawmakers in the state have admitted that there’s no realistic chance of passing a constitutional amendment to ban same-sex marriage this year. If not in 2010, the issue won’t come up again until 2014. Hopefully by that time, people will have learned that gay people are actually ok. (@iowaindependent)

MAYOR: Annise Parker was sworn in as Houston’s mayor yesterday. Fred Phelps was there, too, so all is still right with the world. We expect he’ll be heading to Casey Johnson’s place next. (@houstonpress)

PROP 8: The Prop 8 Hearing is gearing up for its pre-trial hearing on January 11th. Lawyers who were at opposing sides of the Bush v. Gore case in the 2000 presidential race will be challenging the California Supreme Court’s decision to uphold Prop 8. Protect Marriage isn’t happy about this: “It is preposterous to think that the 7 million California voters who supported Proposition 8 were motivated out of bigotry and discrimination. That is essentially the claim by the plaintiffs in this case.”