Over the last few years, sex toy companies and stores have asked us to review their toys in exchange for, you know, their toys. Today we’re reviewing Fun Factory’s Be-One! 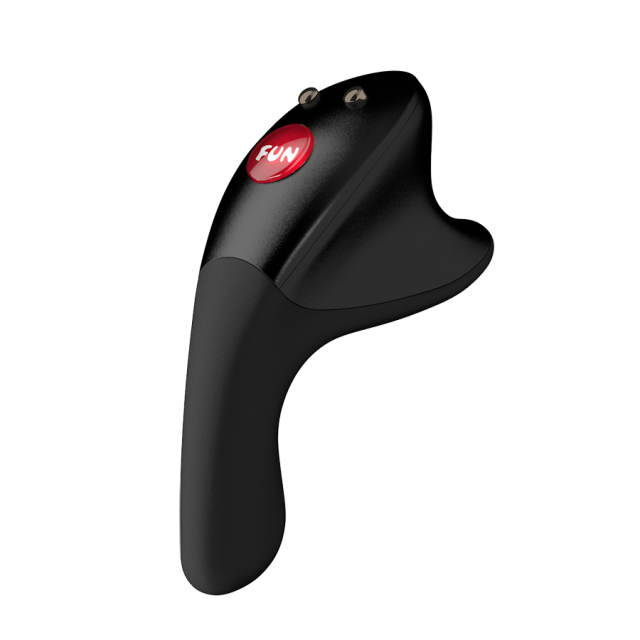 It’s a fun concept and the toy is comfortable to “wear,” even if some of its uses seem to be more effective than others. It’s unlikely to become your new favorite toy, but it’s a pleasurable addition to your collection.

The suggested uses of the toy include slipping it between you or your partner’s labia, wearing it during foreplay as you touch your partner anywhere on their body, and using it to stroke you or your partner’s perineum. Neither myself or either partner I used the toy with have a labia, so I’ll only be reviewing the latter two uses – as well as an additional use not explicitly recommended.

The toy works well as an extra vibrating finger. It fit nicely between my actual fingers and was comfortable to keep in place as I touched my partners’ nipples and moved it around their bodies. The vibration is definitely strong enough for this kind of touch and the “flirt” setting that unpredictably varies the vibration is especially fun.

Use on the perineum, however, was not as easy. The end of the toy isn’t bent at enough of an angle to allow for the same casual application. It’s possible to use in this way, but it does take a bit more effort that seemingly defeats the purpose of this particular toy. The vibration isn’t as powerful as some other toys, so without the plus of it feeling part of your hand there’s no reason to prioritize this for that kind of stimulation.