Over the last few years, sex toy companies and stores have asked us to review their toys in exchange for, you know, their toys. Today we’re reviewing The Cal Exotics Hidden Pleasure Bullet! 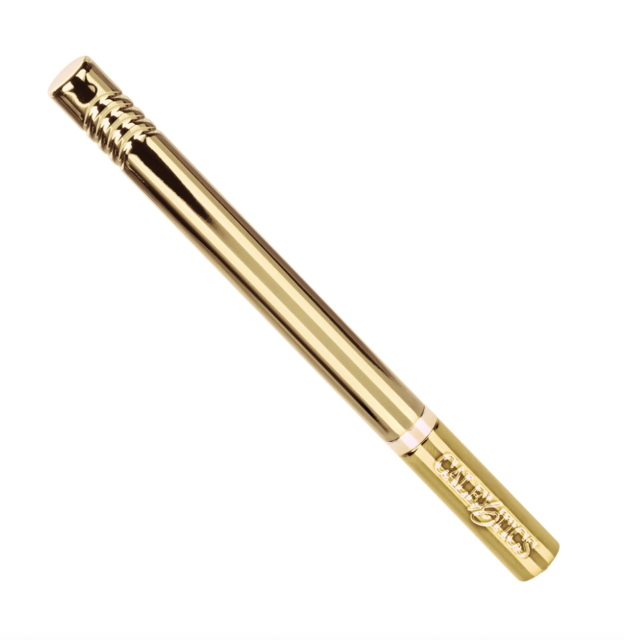 The toy is extremely slim; it’s made of plastic and iron but has a metallic coating to give it the gold luxury look. That bit made me nervous as I was concerned about chipping and peeling, but it seems as though it will stand the test of time. It’s not meant for internal play, but I’d be lying if I said I didn’t try it anyway. It’s easy to insert but the slim design means that for me, someone who enjoys feeling full, it wasn’t going to do much in the arousal department.

More often than not bullet vibes are battery-operated. I was quite happy that this one was rechargeable via USB (with a magnetic dock) and boasts 90 minutes of playtime. Another surprise was that it has something called a “memory chip,” which means that it remembers which vibe setting you left off on during your last use. That could be incredibly helpful if you’re switching in between toys when you’re playing. Nothing kills the moment like having to click through the settings to get back to the one that was taking you there the most.

I used it on my nipples and then went manual for the rest and that is when I fully experienced what it was meant to do. It doesn’t feel like it’s meant to get you to orgasm; I feel like the $49 price tag is based more on the look and not the toy performance. It’s all in all an okay bullet but I would mostly recommend it for use during foreplay. It would be an expensive “teaser toy,” but it’s nice to switch it up throughout as things intensify.

It is very, very pretty though; one of my partner’s eyes lit up when I showed it to them. The only thing is I dropped the ball and forgot to charge it. Thank goodness for the quick charge time though, because after about 20 minutes she was giggling and begging and those are a few of my favorite things.