A week after being hospitalized for critical injuries resulting from a car crash, Anne Heche has died. In a statement to The Los Angeles Times on Friday, her eldest son, Homer Laffoon, confirmed her death:

“My brother Atlas and I lost our Mom. After six days of almost unbelievable emotional swings, I am left with a deep, wordless sadness. Hopefully my mom is free from pain and beginning to explore what I like to imagine as her eternal freedom.

Over those six days, thousands of friends, family, and fans made their hearts known to me. I am grateful for their love, as I am for the support of my Dad, Coley, and my stepmom Alexi who continue to be my rock during this time. Rest In Peace Mom, I love you, Homer.”

On the morning of August 5, Heche crashed her blue Mini-Cooper into a garage at a Mar Vista apartment complex, drove away from that crash, and then drove her car into a house, which immediately caught fire. It took over an hour for 59 firefighters to extinguish the fire, which destroyed the house and left its tenant Lynne Mishele with minor injuries, and to extract a severely burned Heche from her vehicle. (There is currently a GoFundMe running for Lynne Mishele.) Although Heche was able to speak in the immediate aftermath of the accident, she quickly fell unconscious and slipped into a coma, having suffered an anoxic brain injury from which she was not expected to recover. She remained on life support this week as doctors evaluated the suitability of her organs for donation. Preliminary blood testing “revealed the presence of drugs” and video taken before the crash suggested that she was “under the influence.” More comprehensive toxicology tests are underway.

An hour before the crash, she bought a red wig from a hair shop in Venice. Salon owner Richard Glass said she was “very pleasant” and did not seem to be intoxicated. 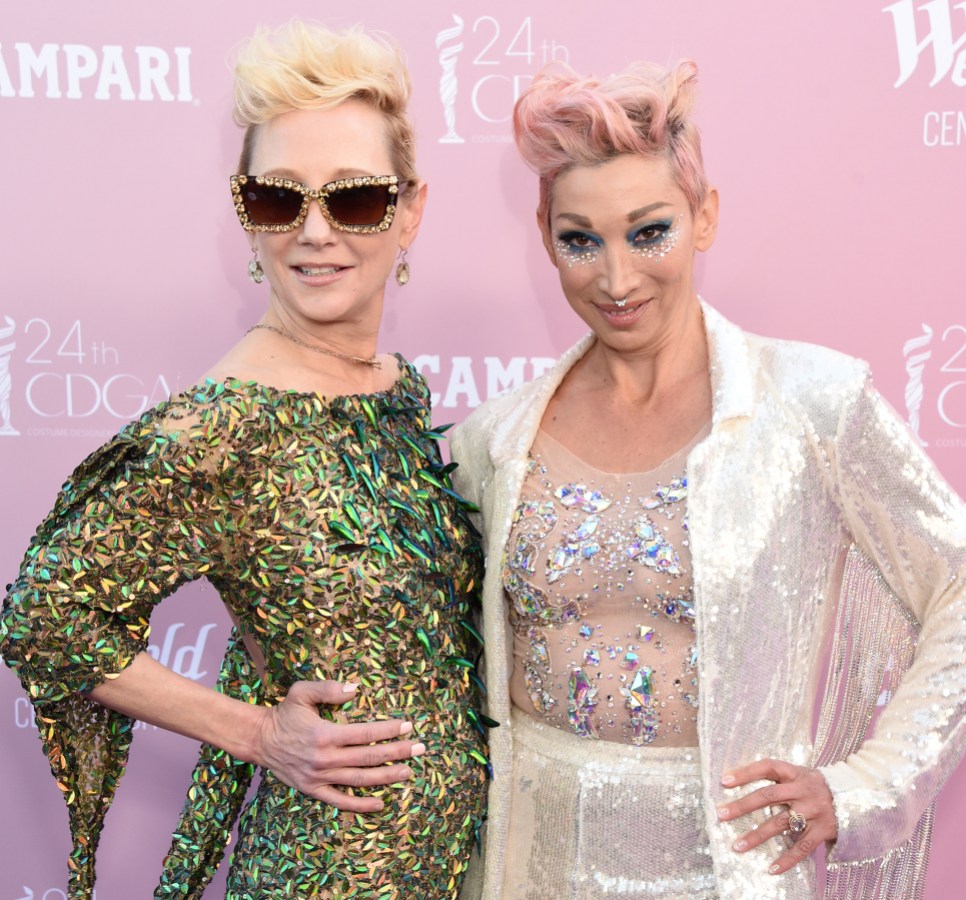 Heche began her acting career in the early 1990s, working in soap operas before breakout roles in the indie film Walking & Talking, gangster drama Donnie Brasco, political satire Wag the Dog, the horror film I Know What You Did Last Summer, and Gus Van Sant’s Psycho remake. She has worked consistently since, and her extensive resume also includes roles in TV shows like Ally McBeal, Men in Trees, All Rise and Hung, and acclaimed performances in Catfight (2016) and My Friend Dahmer (2017).

In 1997, Anne Heche met Ellen DeGeneres at a Vanity Fair Oscar Party and subsequently fell in love, their relationship, coinciding with Ellen’s legendary coming out that temporarily tanked her career and Anne’s, whose ability to convincingly play a straight woman in a romance with Harrison Ford in Six Days, Seven Nights, was a hot topic of conversation. In 2000, DeGeneres and Heche worked together on If These Walls Could Talk 2, with Heche directing the segment that starred DeGeneres and Sharon Stone as a lesbian couple attempting to get pregnant. The HBO film, which focused on queer stories in three different time periods, was a sequel to the original If These Walls Could Talk, which focused on the issue of abortion in three different time periods and starred Heche in the 1996 segment with Cher and Jada Pinkett Smith.

This made Heche one of the first femme mainstream actresses to come out, ever, a decision she made without hesitation due to her childhood experiences with shame and secrecy.

Her father, who died of complications from HIV/AIDS when Heche was 13, was closeted and reportedly abused his son Nathan and sexually abused Heche. Following her husband’s death, Heche’s mother became a Christian Therapist and motivational speaker who worked with Focus on the Family to promote gay conversion therapy. Heche and her mother have been estranged since Heche wrote about the abuse in her 2001 memoir, Call Me Crazy. In a 1998 interview, Heche said her father being closeted and an abuser “destroyed his happiness and our family. But it did teach me to tell the truth. Nothing else is worth anything.” Three months after her father’s death, her 18-year-old brother Nathan died after crashing his car into a tree. Heche believed the accident was a suicide. (Heche’s sister Cynthia died in infancy of a heart defect and her estranged sister Susan died of brain cancer in 2006.)

“Ellen represented everything that my father never was,” Heche told ABC News in 2001. “She was free. She owned her sexuality. I had connected everything with my father and my abuse to the fact that he was not allowed to be the homosexual that he was. So here I met a dream, a person, who was changing the world with her openness about her sexuality and embracing it in herself. And that, to me, was stunning.” 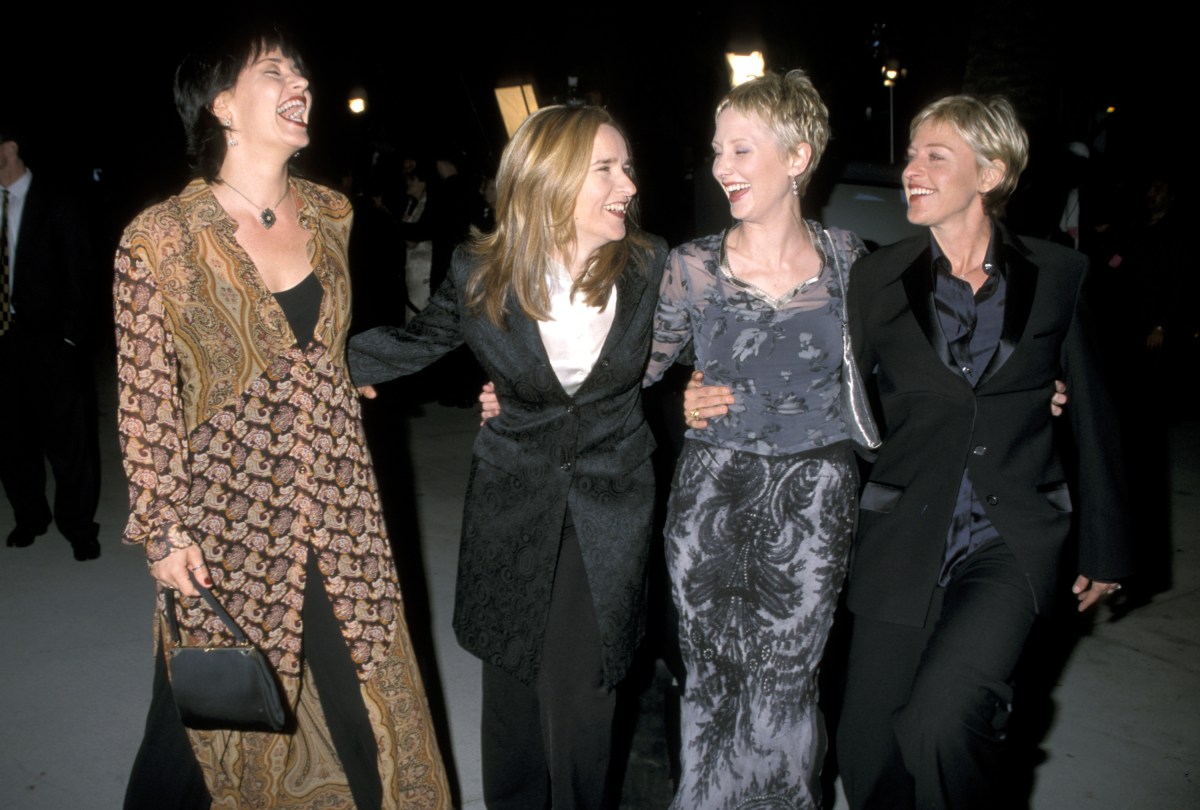 Heche and DeGeneres broke up in 2000. Although they were not legally married due to that not being possible at the time, she said of it later, “my relationship with Ellen is no less significant as a marriage than my relationship to Coley.” Coleman “Coley” Laffoon, was a cameraman for Ellen’s tour who Heche dated after her relationship with DeGeneres. Heche and Laffoon had a son in 2002 and separated in 2007. Heche also had a son with her Men in Trees co-star James Tupper in 2009, before their separation in 2018. This year, it was rumored that she was in a relationship with costume designer Ami Goodheart.

Heche currently has a number of projects in production, including the TV show The Idol with Hari Nef and Troye Sivan and the film Full Ride with Deront Mulroney. She has also been co-hosting a podcast with Heather Duffy, “Better Together with Anne & Heather,” which is dedicated to “celebrating friendship” and the belief that “we can create more joy in the world by sharing our stories, stumbles, and triumphs.”

She is survived by her two sons.

Join A+
Related:death is sad