Recently, a friend confessed that she was terrified, after viewing the trailer, that Bridesmaids was going to be no good, and that said not-goodness would confirm existing prejudices against funny women. (I saw Bridesmaids. Lots of people at the screening, including dudes and including myself, laughed a lot, but who knows.) And now here’s the trailer for Anna Faris’s What’s Your Number?, subject to some, if not all, of the same burdens of expectation.

It’s not that anyone expects an Anna Faris movie to be any “good” in the traditional sense. But she was, after all, the subject of a very extensive and, as far as we can tell, widely read New Yorker piece in which her professional trials were a parable for what it’s like to be a funny, or would-be funny, or funnyish lady in Hollywood, and also be blonde and cute and somewhat conciliatory. From that piece we learned a few things about what generated the finished product teased in the trailer.

+ Odds were already stacked against it because “studio executives believe that male moviegoers would rather prep for a colonoscopy than experience a woman’s point of view, particularly if that woman drinks or swears or has a great job or an orgasm.”

+ The director and Faris “saw Ally as a wayward bohemian who would have tousled hair, wear the kind of jeans and “Magnum P.I.” T-shirts that Faris wears, and be noticeably heavier than a fashion model. New Regency [the studio] wanted Ally to be blond and trim and teeter around in high heels, as Faris had in “The House Bunny”—to embody the look for which the company was paying her $1.75 million. (Parker [a studio executive] argues that the grungy-bohemian idea was a cliché, and that “it felt like it would be too easy to write Ally oﬀ as a screwup if everything about her is a mess—if she’s just the female equivalent of a man-child.”) A few questions about these assertions: What about a trim, teetering blonde is not a cliche? What “grungy bohemian” that is also female has been protagonist in a major movie? (I’m asking seriously. Does Juno count?) And does Parker care to elaborate on the difference between a lead man-child and an unrelatable female-child? (This is not a word, which is instructive.)

+ It bears noting that in Bridesmaids, Kristen Wiig’s character is pretty much unrelentingly a total fuck-up. Woo girls!

+ That, by Faris’s own account, is fairly indicative of the overall control Faris had over the content, despite being an executive producer and helping pick the director.

+ Faris had to lose weight before the shoot, on the dime of the studio. Pretty standard.

So what’s the final result? It’s hard to detect, in my eyes at least, anything here that is terribly new or exciting about this movie, though not everyone agrees. “You know in the first ten seconds whom Faris’s unlucky-in-love character will end up with, and that person is a flawed-but-easily-redeemable really, really handsome guy with a big heart,” writes Amos Barshad. “But mostly everything else about this, admirably, feels new, most of all that Faris comes off as truly odd; not cutesy and appropriately eccentric, but fully weird in an occasionally unsettling way.”

I guess this is what pioneering looks like under very straightened circumstances and low expectations. And I feel kind of bad about both halves of that sentence. 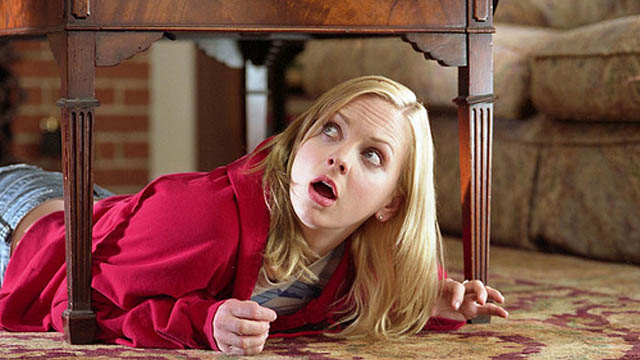 This piece originally appeared on Jezebel. Republished with permission, motherfuckers!