Remember when we thought Angel Haze and Ireland Baldwin seemed especially cute and cuddly lately? As per usual, Autostraddle’s professional levels of gaydar are at Olympic levels of accuracy, because your favorite pansexual rapper confirmed to The Independent that yes, the two are together, the feelings are strong, and it is on like Donkey Kong.

“There are still certain limitations for women. If we were two guys, it’d be insane, negatively insane with the attention. With us, it’s all being very positive. The media are like, ‘Oh they’re so cute, they’re best friends’. An interracial gay couple, I mean that’s just weird for America right now. We f**k and friends don’t f**k.” 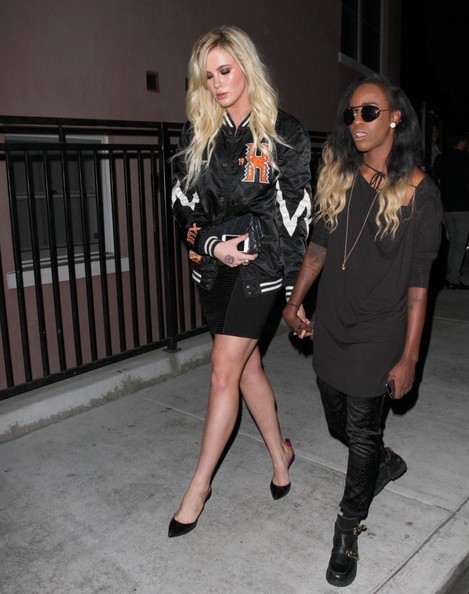 Just two BFFs holding hands so that they don’t lose each other’s friendship!

For all you naysayers who would like to point out that a sexual relationship isn’t indicative of an emotional relationship, Haze also spoke to the Telegraph at Glastonbury Festival, where she and Ireland were very openly smoochy.

“It’s when we felt comfortable enough to share it with people,” she (Haze) explains. “You have to have a foundation in your relationship, where you can say, ‘yeah I want to be with you.’ Then you can put it out there for the world to criticize and judge. I feel like if we can control what people see, it doesn’t really matter. I’m so overly affectionate with her publicly; it’s like why hide it? I love you, you love me. People can say what they want. It doesn’t matter anymore.”

It’s so cute how they’re such platonic friends.

Think about every time your main smooch was referred to by a waiter or your mother or a well-meaning liquor store employee as “your friend”. Think about how many times it took before your family stopped introducing your partner as “her roommate.” It’s a testament to female sexuality (and its reputation as invalid so long as a man is not involved in some way) that Angel Haze and Ireland Baldwin’s fairly obvious relationship was referred to in gossip rags and fashion blogs as “best friends” up until yesterday. There is a photo of the two holding hands after exiting a club where they were very publicly affectionate, and multiple celebrity news outlets titled the photo “BFFs Angel Haze and Ireland Baldwin”. 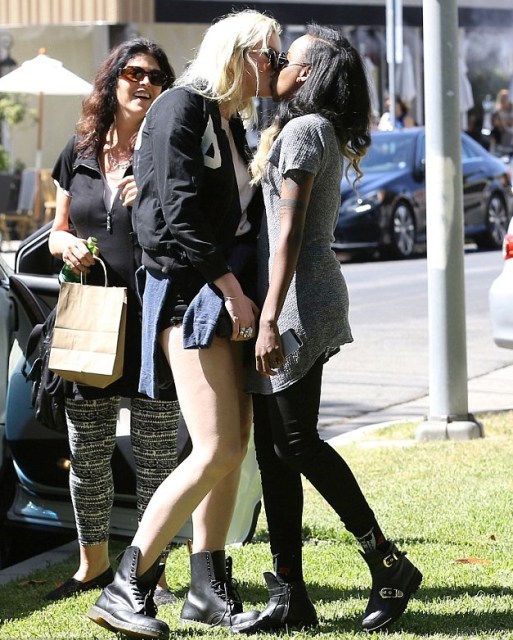 Ugh, their friendship is so inspiring! They’re supporting each other’s mouths with their own mouths. I wish most best friends were this caring.

I’m not saying that on occasions both regretful and not completely terrible we don’t sometimes do sexual things with our best friends, but these two are so clearly not in that category. It makes me think about the fact that a pair of women could be participating in a graphic sexual act in public and people might still walk by and say “Oh, they must be friends!” 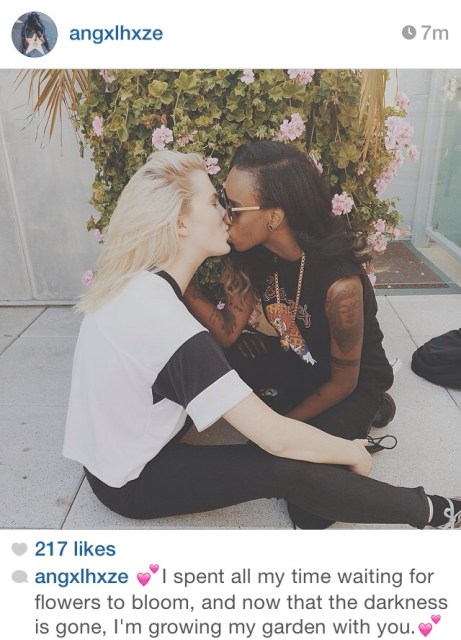 I love their friendship. They seem like they are great friends!

So, just in case your Pride wasn’t exciting and messy enough, make sure you raise a glass and do a tequila shot or two in honor of these crazy smitten kittens. And take a moment to absorb the fact that this tweet is a real thing that happened: 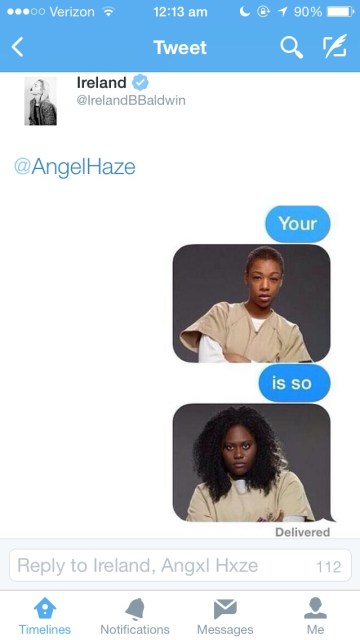 I always compliment my BFF’s Poussey! Best friends for life!!!!