Hello, Huskies! I say this because apparently a big basketball victory happened this week and people are excited about it. But let’s be real, I’m just in it for the puppies. Here’s the news we missed while I was looking at pictures of baby huskies on the internet. 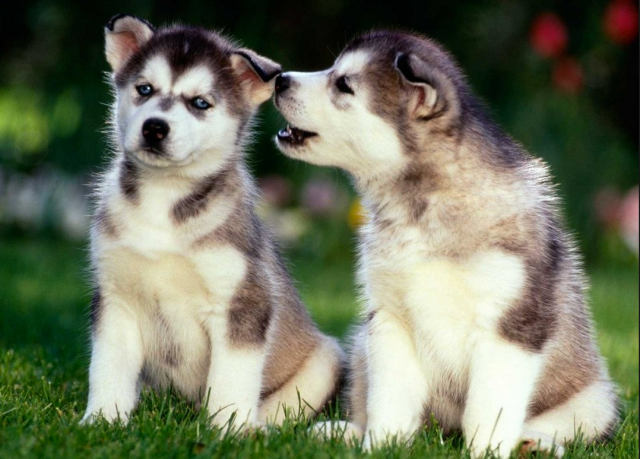 + Kimberle Crenshaw is a law professor, scholar, theorist and all-around critical rockstar. Recently, she answered some questions about intersectional feminism. Check out this interview where she discusses her career in mapping the intersections of race, class and gender. Then, go read everything she’s ever written.

“When I was writing in the late 80s, there was a strain of discourse among women who were not the subjects of traditional feminism, to simply make critique a difference,” she says. “So just the claim of ‘woman’ or ‘feminist’, prompted some women of colour to say, “but that’s not me”. Well, yeah – that might not be you. But say what difference it makes that it’s not you – what difference does it make in what kinds of interventions come out of a feminist frame that doesn’t attend to race?” She pauses, spreads her hands. “That is our responsibility. It’s up to us. Granted, the space has to be open and there has to be a sense of receptivity among the sisterhood, but I really don’t want other women to feel that it’s their responsibility to theorise what’s happening to us. It’s up to us to consistently tell those stories, articulate what difference the difference makes, so it’s incorporated within feminism and within anti-racism. I think it’s important that we do that apart, because we don’t want to be susceptible to the idea that this is just about the politics of recognition.”

+ Activist and comedian Suey Park discusses the power of online organizing and her success with the #CancelColbert Twitter storm:

I wanted to hit the irony and inability of the left to deal with their own racism. I think as a result of the white ally industrial complex, for too long people of color have been asked to censor whiteness, they have been asked to educate their oppressor, they have been asked to use the right tone, and appease their politics in order to be heard. And in an effort to just contribute to the self-improvement of white allies that are often times just racist. So I think it’s kind of like pulling a blanket off the façade of progressivism. It forces people to deal with those conversations about race that go beyond micro-aggression and that go beyond being politically correct, to what it means to uproot racism in its entirety.

+  Digital organizers work really, really hard. The work they do should be valued, respected, and better understood.

Just like traditional organizing methods, digital organizing is labor. The folks who do the work may love doing it, but that doesn’t mean it isn’t time-consuming and taxing. Although the work looks easy since it’s mainly clicking mice and tapping on phones, when organizers are doing this work, they aren’t spending time with family, enriching themselves in other areas, or practicing self-care.

In addition, the work you don’t see — calling and visiting activists, attending meetings, testing new methods — takes up as much if not more time than actually producing the social media content.

That’s right — social media work is work that must be respected and compensated.

+ Vice President Biden invited six women to the White House to be honored for their service in World War II.

“You deserved this visit a long, long time ago,” Biden told the women, according to ABC News. “Seeing these women working in a factory, doing anything any man could do, it began to change everything.”

+ In this week’s news that will surprise no one, abstinence-only sex ed programs are both ineffective and offensive. Here is a list of some of the especially bad analogies used to “teach” students about sex.

Calling all Lesbians: We Recruit! (But Really, We Just Wanna File our Taxes.)

+ Apparently, conservative South Carolina senators are an authority on theater and education. And according to them, watching a play about lesbian experiences will actually convert you into a lesbian. Who knew it was that easy?

This year, married same-sex couples can file their taxes jointly, possibly saving money. What you may not realize is that you can also amend your taxes from past years—and TurboTax has a calculator that tells you how much you’ll get back.

+ Cat Canyon is “a children’s book about Cats who formed a society after learning how to use the Internet that teaches principles for the Digital Age.” The book explores relationships, ideas about gender and the way kids connect in a world dominated by electronic devices. It’s colorful, creative and adorable, and I don’t think I have ever been so excited about a children’s book. Plus, the author/illustrator team is totally awesome too! From author Sarah Zucker:

I am a Jeopardy! Champion, and will be writing the words (in rhyming verse, no less!), and my girlfriend Bronwyn Lundberg, a talented pop artist (known for “The Lesbian Last Supper”), will be doing the illustrations.

Sounds like a dream team to me. You should watch this video so you can fall in love with Cat Canyon too.

Wasn’t that preview awesome? Aren’t you so inspired to donate to Bron and Sarah’s Kickstarter and help make this wonderful project a reality? I know I am! Everyone should donate right meow! (See what I did there?)

+ Rethinking Sexism, Gender, and Sexuality is a fantastic new book that also needs your support! The edited volume contains essays that examine the ways in which gender and sexuality are taught, both formally and informally, in schools. It seeks to examine super important questions such as:

How do you respond when a child asks, “Can a girl turn into a boy?” in the middle of circle time?

What if your daughter brings home schoolbooks with sexist, racist stories?

What does “queering the curriculum” really mean?

What if parents complain?

The book is so close to completion, and it needs your help! Says Managing Editor Jody Sokolower, “We’ve got the articles and we’re deep into revision and design. But we can’t publish this life-changing resource without your help! That’s why we’ve launched an Indiegogo campaign-so friends and supporters like you can join us as we work to bring Rethinking Sexism, Gender, and Sexuality to classrooms around the world.”

So what are you waiting for? Watch their video, and get out there and donate!