Hello, superstars! This week my computer spontaneously shut down for no reason, and then tried to restart itself four times! Here’s the news we missed while I was freaking out about a potential technological disaster.

+ Denmark became the first country to stop requiring a diagnosis of “gender identity disorder” for people seeking to change their gender on official documents.

Under the new law, expected to take effect in September, Danes changing their gender assignment will also no longer have to first undergo sex reassignment surgery and sterilization. All that will be required is a statement that someone wants to change their official document, which will be processed after a six-month “reflection period.”

+ New York’s State Assembly is considering a ban on gay conversion therapy for minors. If successful, New York would be the third state to put forth this kind of legislation.

+ MigraZoom is a photography project that gives migrant women cameras so they can document their journeys.

It is so important to consider the experiences of women immigrants as they cross the border, and there is a lot of really great reporting being done by talented and dedicated journalists out there to bring it to light. But having the perspectives of the women themselves — whether through photographs or their social media — is absolutely invaluable. 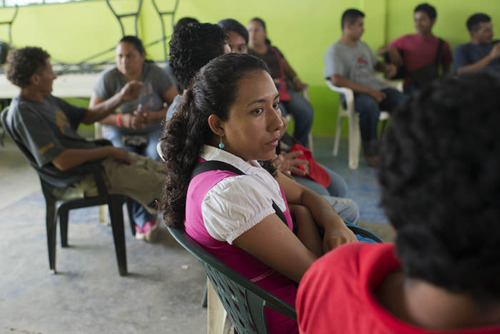 +  Patricia Valoy, a civil engineer, construction manager, and woman of color, describes her experiences with sexism and discrimination at work.

+ Monday was International Domestic Workers’ Day! Cleaning workers in Greece are leaders in the fight against government austerity, and they’re winning.

The women continue the struggle. Despite police brutality which sent women to the hospital, the women continue their encampment in the space in front of the Finance Ministry. As Despina Kostopoulou explained, “They’re bigger than us, but we’re angrier.” Despina Kostopoulou is in many ways typical of the women cleaners. She’s in her 50s, she’s been working for the ministry for decades. She thinks the labor and time she has invested in the ministry counts. She’s right. That’s why the State is trying to rob her and the other women every which way every second of every day. 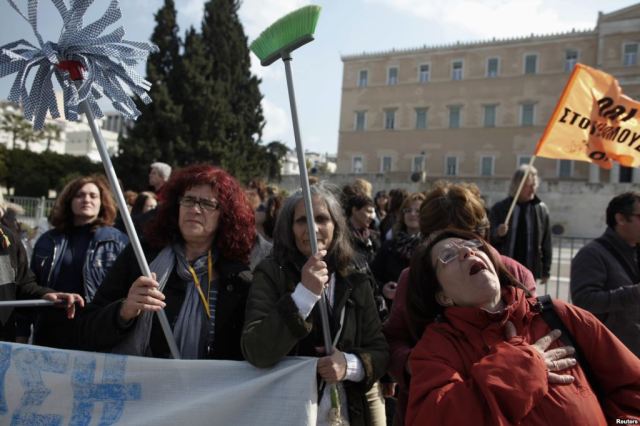 + Democratic legislators in the US are fighting the Peace Corps’ policy of refusing to cover abortion procedures for its volunteers.

Although it touches on the politically charged issue of abortion, the proposed change should not be controversial. All it would do is extend to women in the Peace Corps the same coverage in cases of rape, incest and endangerment to life now afforded to other people who work for the federal government and to Medicaid recipients. These are longstanding standards.

+ The Rosie the Riveter WWII Home Front National Historic Park has announced a campaign to feature LGBT stories in an upcoming traveling exhibit. “While the abundance of women makes the lesbian tales the easiest to obtain,the LGBT project is also attempting to tell the stories of bisexual, transgender and gay civilians serving on the homefront.”

Major League Baseball should embrace its gay history, good and bad. It’s time to bring proud gay players like Burke out of history’s closet. Doing so would empower today’s gay athletes and encourage gay kids who think sports are for straight guys only. And what better way to tell gay fans that their heroes also contributed to the vibrant history of America’s favorite pastime? 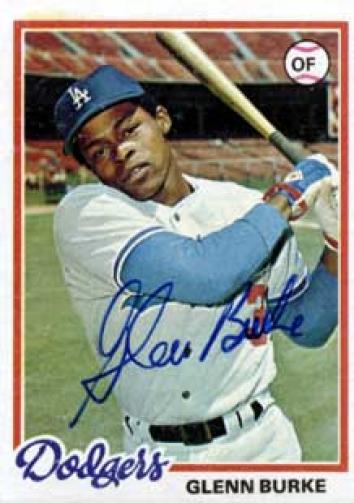 Because prison is important, and I STILL haven’t finished Season 2.

+ Those of you watching Season 2 probably have lots of feelings about Jimmy (the member of the “Golden Girls” struggling with Alzheimer’s) as well as the representation of elderly inmates in general. Mentally ill and aging inmates are actually among the fastest growing populations in prison.

+ A Pennsylvania woman died in prison while sentenced for an outstanding balance on her children’s school fines. Her story is but one in a trend of imprisoning people for debt:

The circumstances of DeNino’s death are a stark and tragic reminder of how being poor is considered a crime worthy of punishment in the United States. Thousands have been jailed in Berks County for failure to pay truancy fines, but court fees and other fines have put thousands of others behind bars across the country. As an investigation by National Public Radio revealed, a homeless man was sentenced to a year in jail because he couldn’t pay the $2,600 penalty he incurred after shoplifting a $2 can of beer. A teenager was jailed for three days because he couldn’t pay the fine associated with catching a fish off season.

+ Milk Not Jails is an organization that advocates for dairy farming as an alternative to prison labor.

“Dairy farms make a sizable contribution [to the upstate economy] and participants in that industry have a powerful political voice in these very same regions where the only voices have being crying out to keep prisons open and build more of them,” says Sayegh. “We can build more relationships between downstate and upstate communities. We can also build a different kind of sensitivity around what those two communities should be sending one another. They should not be funneling black and brown bodies out of New York City.” 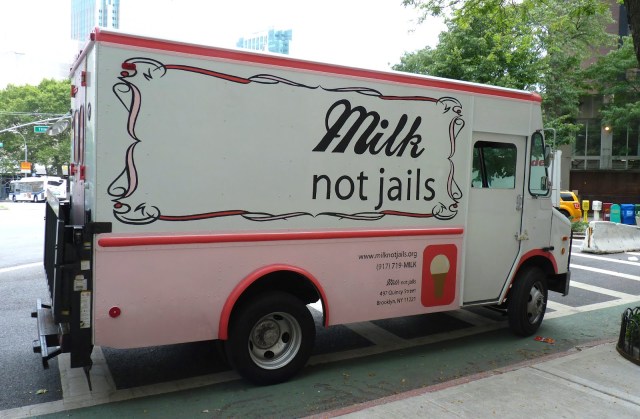 + The New Black is a documentary that explores the relationship between civil rights movements for the black community and movements for LGBT rights — a relationship that has often involved pitting the two movements against one another rather than focusing on how they coexist.

+ Colorlines is publishing firsthand accounts of activists’ experiences during the Freedom Summer of 1964. This week’s comes from Heather Booth:

I was frightened all the time. I was insecure. I think lots of young women especially are. I was afraid that I didn’t know enough, that I might harm someone else with my actions. I was also frightened for my life. But I realized that poor black people in Mississippi lived with that kind of terror every day. I only learned later that while looking for the three missing young men, they found the bodies of eight other black men. Their hands were found. Their feet had been chopped off. They’d been thrown into the Mississippi River and those murders had never even been reported. That’s the level of terror that black people lived with.

+  Out in the Night is a documentary that tells the stories of queer black women’s resistance against violence and harassment, as well as the shortcomings of the US criminal justice system. 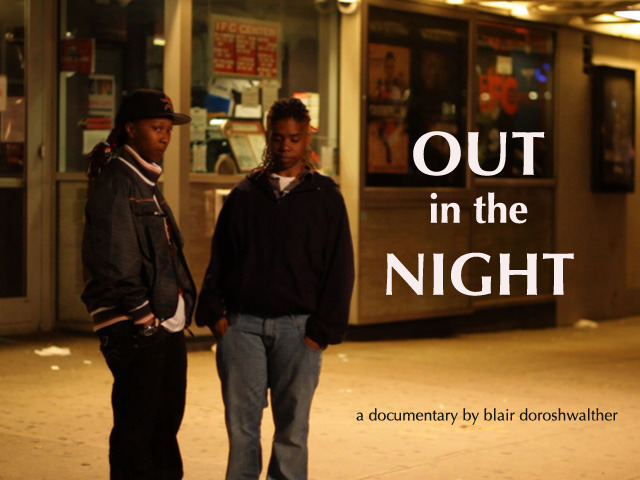 What is Your Feminist Utopia?

We are currently compiling radically imaginative essays, short fiction, poetry, and artwork that answer the question of what a feminist world would look like. These contributions will root themselves in history and experience to invent and demand a better future… People, not ideas, will build our utopias. But the first step toward a feminist world is to imagine it collectively.