Hello, pumpkin pie slices with ice cream! I had a hard day. Is it Christmas yet?

While I’m hanging my stocking, let’s talk about the stories we missed this week!

From Laverne Cox to Brittney Griner, there’s no denying that the OUT 100 is diverse, beautiful, and altogether amazing. 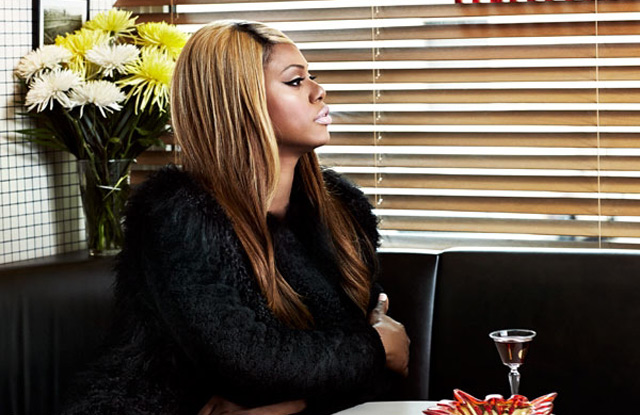 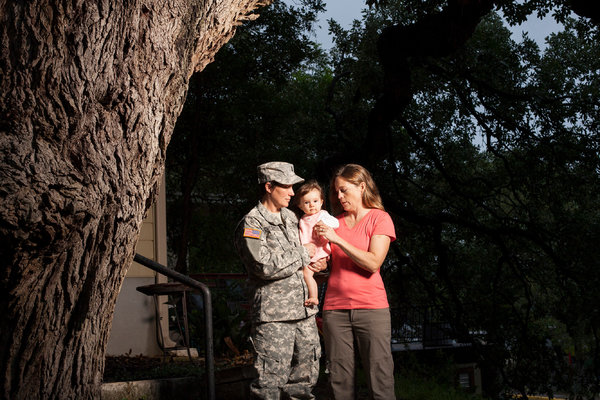 + Hell is other people. Especially when the other person is your spouse that you’d really like a divorce from but it isn’t legally possible to obtain.

+ TIME breaks down the next stops on the Crazy Train of Love, AKA GAY MARRIAGE AND THE MOVEMENT FOR QUEER ASSIMILATION.

+ The new Mayor of Seattle is the new normal: totally gay.

+ Zambia’s first lady is too fabulous to be homophobic.

Being gay is considered a crime in Zambia. In fact, two men are currently being prosecuted for engaging in consensual sex. Another is on trial for discussing gay people and HIV on television.  According to The New Civil Rights Movement, the country’s tabloids have recently taken to outing  men rumored to be gay, who then face harassment in their neighborhoods.

At the UNAIDS reception, Dr. Kaseba-Sata stated, “Silence around issues of men who have sex with men should be stopped. And no one should be discriminated against on the basis of their sexual orientation.”

She then told the audience that in matters of public health issues like HIV, the gay community has the support of her husband, President Michael Sata.

Lesbians React to “Blue Is The Warmest Color” 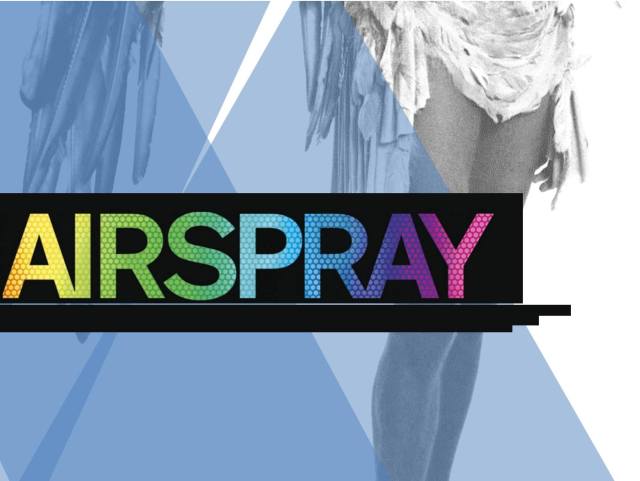 AIRSPRAY: Worcester is a queer community group that will bring LGBTQ cultural events to Worcester catering to the alternatively open-minded and inspired! Connect, dance, and share in the love for music, art and community!

Our first event is a high energy queer dance party! Come early, have some hookah, stay late and dance the night away! 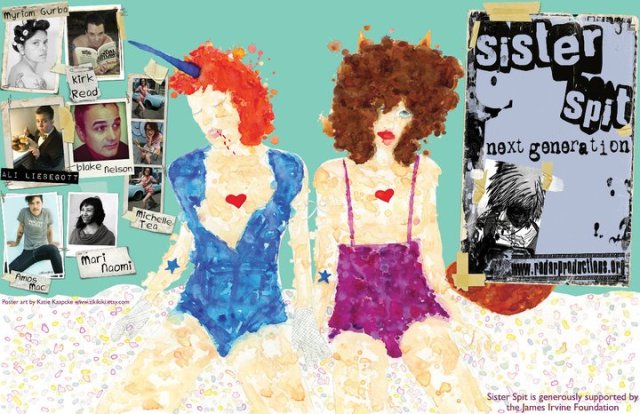 Sister Spit has come a long way from the tours of the 90s, when sleeping on a stranger’s floor was the norm and writers were paid $80 for a month of grueling, non-stop work. Nowadays we rent our vehicles to be sure they are dependable – in the 90s, Sister Spit vans were famous for catching fire in Nevada or outright dying in Mississippi. Now, We stay in hotel rooms, making the rigors of touring a bit easier on the crew. And we make a point to pay the writers for their work on the road and time away from their jobs.

Because Sister Spit makes a point to travel not only to the big cities but also seeks smaller, underserved queer populations, Sister Spit is able to provide audiences hungry for LGBTQ, feminist, underground voices with a slew of new writers to read and watch out for each year. By pairing up with local writers in many of these towns, local writers get to be part of a really big show, and Sister Spit gets exposed to even more new voices to work with in the future.

We are asking for community support to help this tour be as successful and far-reaching as possible! By contributing to Sister Spit, you make it possible for us to travel into cities and towns that might not be able to fund the full cost to put up our show. You make it possible for us to pay writers working their butts off to support their art. You help sustain the work it takes to get the show on the road – work that begins nine months before we roll into town.

+ WILDCATS: A group of cheerleaders deal with High School life in this dramedy about standing up for what you believe in, keeping up appearances, and the complexities of farting in a tight uniform. As Allison struggles with opposing the sexist traditions of her school (and what that may or may not suggest about her sexuality) she dances, dreams, and falls her way to some clarity.

California’s “bathroom bill” is bringing out the drama queen in every bigot.

“It kinda makes me nervous… if I run into… him,” stammers a faceless female teen on a YouTube video that has enraged thousands of viewers.

What’s got her so on edge? It’s not threats of stalking. It’s a transgender girl using the bathroom at a public school…

The video is part of Pacific Justice Institute’s attempt to take action against the so-called “bathroom bill,” a new California law designed to help curb transphobic bullying and harassment by requiring schools to respect a student’s preferred gender identity. The law, which passed in August, allows transgender teens to participate in crossgender activities at public schools, including using bathrooms and showers that correspond to their identified gender. 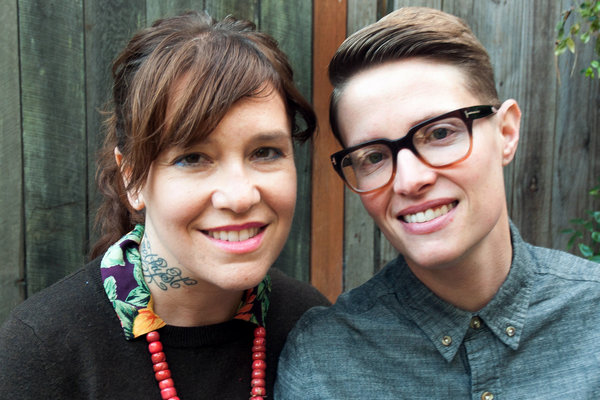 When it comes to gender-bending, Brittney Griner is simply the best (and possibly the hottest). And when it comes to WNBA-sponsored makeup classes, she’s pretty clear that she “don’t need that shit.”

Her outfit for her imminent television appearance was settled on a while ago: a blue-and-white seersucker suit with one of her signature bow ties. But backstage at Conan, she’s addressing another wardrobe concern: what to wear to the ESPYs, ESPN’s annual awards show. The event is three days away, and she needs something to wear with the gorgeous black suit that her stylist, Kellen Richards—who’s also Ellen DeGeneres’ fashion adviser—had custom made for her. “With Ellen, we choose women’s clothes and add menswear touches,” says Richards’ assistant, when asked to compare dressing the two women. “With Brittney, it’s all men’s. And it’s edgier.” (The last time she wore a dress, Griner tells me, was at her mother’s request, for her high school graduation. Never again.)

Griner quickly gravitates to a burgundy sleeveless T-shirt by Robert Geller and a black Saint Laurent sweatshirt top with cutoff sleeves and a narrow silver chain sewn across the yoke. Her agent, Lindsay Kagawa Colas, pulls out a Lanvin sleeveless tee with mesh sides as a racier alternative. “Would you like this with no shirt underneath, with nipples out?” she asks matter-of-factly.

“That would be sexy,” Griner replies, grinning, “but I don’t think I’m ready for that.”

Is This What Makes Us Girls?

Girls who identify as LGBTQ are at a higher risk for substance abuse and behavioral problems.

+ Amanda Aceveda claims she was expelled from Preston High School because she’s gay. And she’s not pleased about it.

+ Megan Lent almost joined a queer sorority. If you care about it, that makes you and Vice probably, which I always liked ’til I found out it was owned by that total douchebag dude.

+ Skirts for Sasha day will melt your heart. 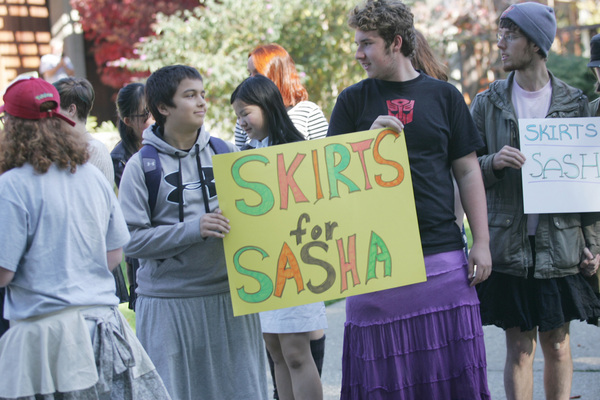 Until two years ago, Luke “Sasha” Fleischman was a shy teen, a loner with odd hobbies and a bright mind, but far from a civil rights activist.

But between Fleischman’s freshman and senior year something changed: Fleischman decided to identify as agender or “nonbinary” gender, neither male nor female. Sasha asked to be referred to by the pronouns “they,” “them,” and “their.”

Family members say that very personal decision helped the teen blossom. But police believe it also led another teenager to light Fleischman’s skirt on fire as the student slept on a local bus, causing severe injuries that could take months to heal.

Since the incident, public support for the injured 18-year-old has been overwhelming, with more than $20,000 raised to help with medical expenses and civil rights leaders expressing outrage about the case. And understanding seems to be growing about the issues of gender identity that Fleischman hoped to call attention to.

On Friday, about half the 100 students at Maybeck High School in Berkeley, where Fleischman attended, wore skirts for Skirts for Sasha Day and carried signs reading, “Get well, Sasha, we miss you.” 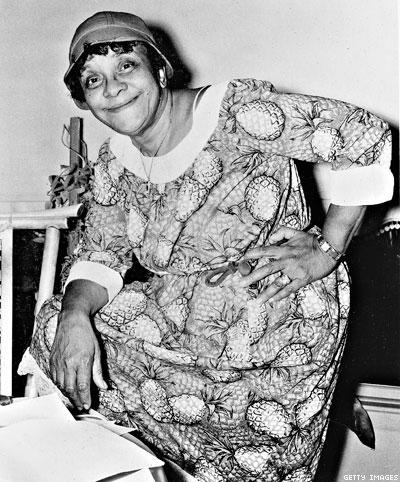 + Kerry Washington’s performance on SNL wasn’t enough to fix their big diversity problem. (Salon also explores the experience of auditioning for SNL and almost making it to mecca.)

+ The Annenberg School for Communications and Journalism finds that diversity in film is entirely bleak.

+ Moms Mabley, the first female comic, was a lesbian. Whoopi said so.

+ The Swedes love gender diversity so much that they’re structuring their film ratings around The Bechdel Test.