It’s Wednesday afternoon, do you know where your marriage rights are? You’re about to, because this is a gay marriage roundup. 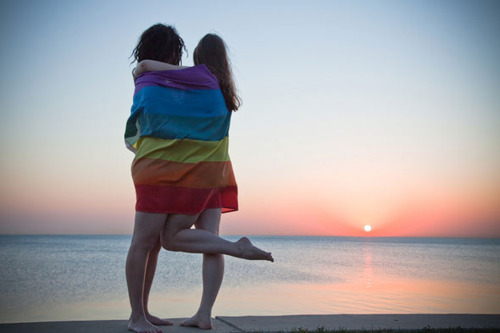 HOW HAVE WE NEVER USED THIS STOCK IMAGE BEFORE??

If you live in Rhode Island, your gay marriage has someone in its corner! Vermont Governor Peter Shumlin is travelling there to support a same-sex marriage law, and he knows the business of marriage well: as leader of his state’s Senate, Shumlin was integral in passing Vermont’s civil union law. He wants lawmakers in Rhode Island to know that even though the opposition is vocal, the law is valuable and worth considering, and that the risk is worth taking. (Many legislators who supported the civil unions in VT were defeated during the next election cycle.) He says:

“I just want to go down and add my voice, tell about our experience, just let them know that at least in Vermont’s case not only can you do the right thing, not only can you have your state be a place where you treat everybody with the dignity and equality that they should expect, but that there isn’t political fall out and frankly a lot of people appreciate you for having the courage to stand up.”

The better news? It looks pretty certain that the bill will pass the House with loving embraces all around, and the new Rhode Island Governor is an Independent who appears very supportive of the measure. It is still questionable whether the bill will make it through the state’s Senate.

And as if powerful friends don’t warm your heart enough, students in Rhode Island are also taking action on the issue. Rhode Island College students partnered with Marriage Equality Rhode Island to host an on-campus rally last week supporting same-sex marriage. And it sounds like it was quite a party:

Despite the cold weather that day, the rally received a good turnout of both students and faculty, from both RIC and the public. About 100 people attended. The rally provided lunch for participants. The representatives from MERI also brought shirts, buttons and bumper stickers with them which they handed out to attendees. Rhode Island College’s interactive circus group, EPIC, performed and provided entertainment for the event.

See, Rhode Island? Good days are on the way! But don’t lounge at the pool just yet – get out, or I guess stay in, and call your representatives to keep that marriage bill safe and warm! Otherwise, knowing the way these things work, it might get lost along the way or have a bad hair day or something. 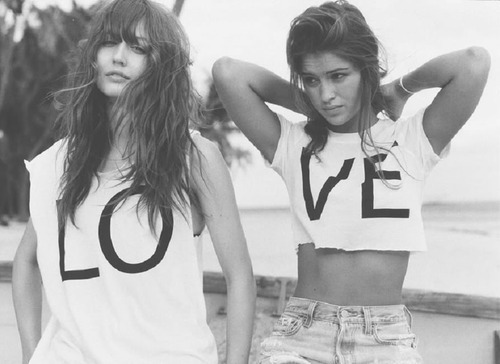 There’s sort of a similar celebration brewing in Colorado, where gay marriage has been described as coming “in a matter of time.” So how much time? Well, Mike Littwin of the Denver Post said it’s happening in “double quick real time.” This is because the state Senate recently passed a civil union bill, and not just with a majority, but with relative silence on behalf of its opponents. And not only is this good news for people in Denver and the rest of the The Centennial State, but for YOU, too:

As late as the 2008 election season, it was still considered too dangerous for serious presidential candidates to come out in favor of gay marriage. And so you’d see liberals like Barack Obama settle on civil unions as a compromise position.

And while people “rethink” gay marriage and “civil rights” and why we only finally started having that conversation, Basic Rights Oregon is giving you some primetime television advertisements that will totally sway you if you weren’t already in line to get gay married holding those lace-up boot cake toppers in your hands. And the better news is, gay marriage is making even more friends in Oregon! Basic Rights Oregon is trying to get a measure for gay unions on the 2012 ballot, and this ad is intended to bring in new support – so it appeals to straight people, and pretty damn well:

So repeat after me: good days are on the way! But don’t send out save-the-dates just yet… especially if you live in Montana or Indiana.

In Montana, gay sex is illegal. I know this sounds really weird, and maybe even too silly to be an important political issue – there are more states than you might think that still have ‘unnatural intercourse’ laws from like 1823 – but gay sex is illegal in Montana. And to be honest, you’d be right to rule it out as a heavy political issue: in 1997, the law was struck down. It just remains on the books. (Thank someone for the nineties – before the ruling in 1997 gay sex meant lesbians and gay men could face fines and legal punishment for doin’ their thing.) However, the House recently blocked discussion on the issue – and apparently lawmakers in Montana are still debating whether the law banning gay sex was unconstitutional. The charge to put a bill into motion that re-states the 1997 ruling is being led by a lesbian, too! Her name is Diane Sands. She is making friends with your gay marriage, or I guess with your gay sex life:

In her closing, Sands said she knows that many representatives consider homosexuality to be a sin, which is their right. But she said the court has ruled the law unconstitutional and so the language should be removed from Montana law.

“You know, we are members of your family and your community,” Sands said. “We sit next to you in your pew at church and in some cases we’re your pastor, whether you know it or not. We care for your parents in nursing homes. We’re your nieces and nephews.

Meanwhile in Indiana, the Senate took it a step further, and moved to ban gay marriage altogether. As you can now see, this is why you shouldn’t be kicking back deciding on wedding cake flavors:

The Indiana Senate voted 40-10 in favor of a measure that would allow Hoosiers to vote on an amendment to prohibit gay and lesbian couples from marrying or having any legal status “substantially similar” to marriage.

The House of Representatives passed the same measure, House Joint Resolution 6, by a vote of 70-26 last month, but it’s only halfway toward being placed on the ballot.

And as if this doesn’t seem depressing enough, the idea of a constitutional ban is actually just a dramatized version of the existing situation: gay marriage has been banned by law in Indiana since 1986. The extra push for a constitutional ban in the state is being put forward in preparation for all these new-fangled gay rights that people keep finding all over the place.

The moral of today’s gay marriage roundup is that nothing is certain, still, but things are good, still, and some things are not, still. So do what you can to talk to who is listening – it’s starting to pay off! (And also, if you live in Indiana or Montana, I am sorry and I love you. You look great today and if you want to visit, you just have to ask me really nice.) We can still cuddle. 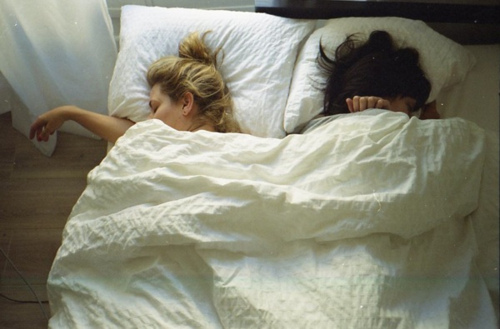