Alice Pieszecki is a powerhouse! On The L Word: Generation Q, we get to see her in her prime, hosting the eponymous talk show “The Alice Show”. The show’s a culmination of all that she’s worked for the past few decades, and given her nature as both nosy and endearingly chaotic, she’s an excellent host. And her audience loves her! I love her!

What her audience might not know, though, is that Alice was, at one point, somewhat of a theoretical computer scientist — perhaps not by education, but certainly in practice.

If I’ve lost you, I promise I’ll get you back. Let me explain.

The Chart — yes, that Chart — first appears in the pilot episode, which I rewatched as part of the prep for writing this piece. I wanted to be as accurate as possible, you know? (This also means that I’m once again in possession of the knowledge that the opening lines to this entire show are “You’re ovulating” / “I’m ovulating”.)

Anyway! The Chart shows up towards the end of the extremely long pilot (almost a full two hours in) and looks like this: 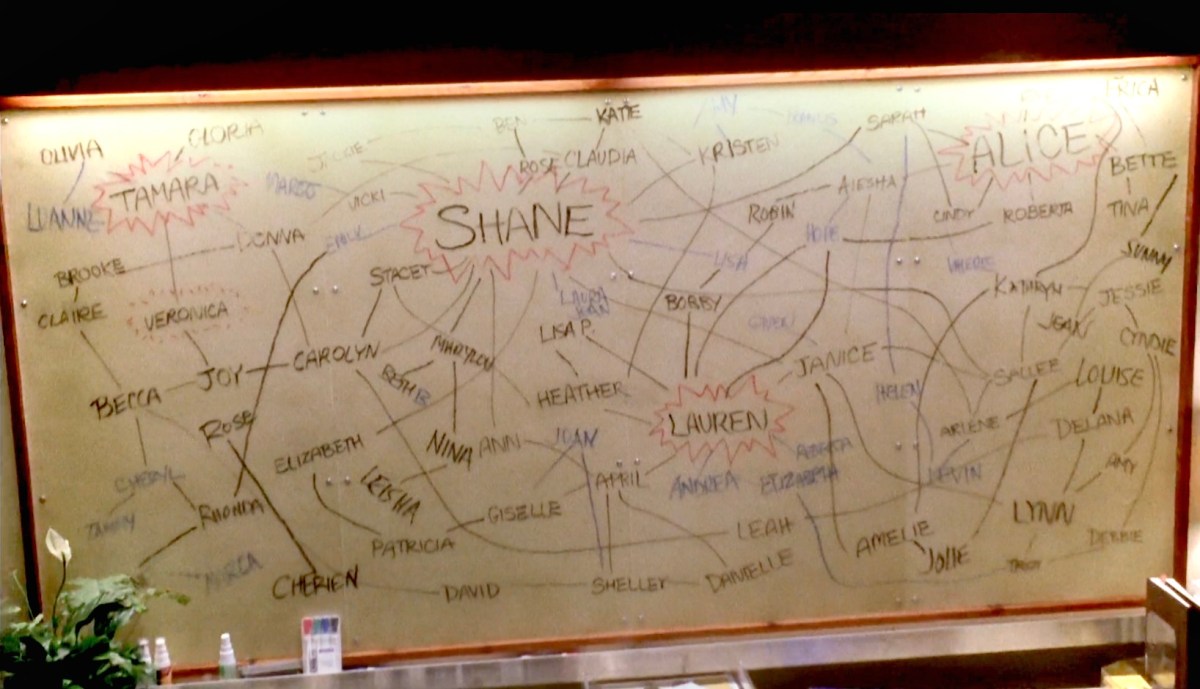 The Chart is a collection of all the queer folks in LA that Alice and her friend group know, and it maps the relationships, one-night stands, chance encounters, etc. that they’ve all engaged in with each other. If someone sleeps with a new person, they add their name to the map and add a line connecting them (and anyone else the new person may have slept with). The Chart is an Alice Invention and honestly, it’s a great visual.

Believe it or not, it’s also a graph — maybe not the kind we’re used to, but it definitely meets the discrete math definition. I feel like the graphs we’re exposed to in early math classes look something like this: 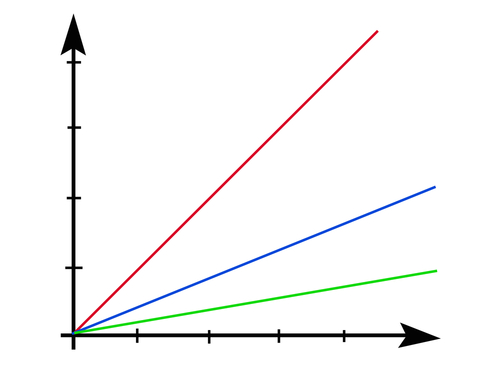 But in the discrete math world, a graph is a collection of vertices and edges (the edges connect vertices). Those graphs look a little different, closer to this: 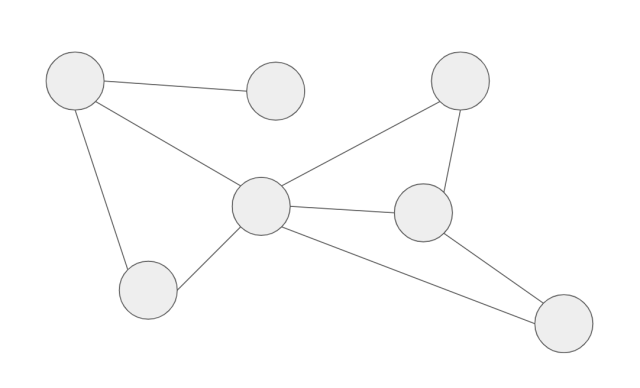 A little more abstract, a little more playful. And you know what these discrete math graphs look an awful lot like? Our beloved graph, The Chart! When it comes to The Chart, the people are the vertices, and the edges are the relationships that they’ve shared. Alice doesn’t have a formal STEM education, at least not one that we know of, so she’s created this mapping purely based on instinct, the brilliant bisexual badass that she is.

My first exposure to The L Word was in high school. I would sneak downstairs to the basement and watch episodes on my laptop at 2 a.m. while the rest of the family slept. Honestly, I don’t really know why I did this in secret — maybe because the show was so explicit and I didn’t want to be caught watching it? In any case, I hadn’t yet learned about discrete math or computer science, or anything remotely close to those worlds yet, so when I first saw The Chart, it was just a chart to me. It wasn’t until late college, and my first rewatch of the show (this time in a more public setting), that I realized it was actually a graph.

In the discrete math classes that I took, something that came along with graph theory was thinking about the shortest path between vertices. Basically, how to traverse edges in a graph in the fewest number of steps. There are algorithms for this, but you know who doesn’t need one in The L Word? Alice!! In the third episode of the first season (I had to keep going with my rewatch for science), Alice shows us how she traverses the graph.

“Name any lesbian you know. I can link her to me in six moves,” she brags. And she does it! Using her knowledge of the vertices and edges in this graph (in this case, the hookups and the people), she finds the fewest number of connections to get her from a random lesbian to herself.

I’m not saying that Alice should give up her day job as a talk show host, or stop interrupting her romantic interests on dates that they’re on with other people (I think this should count as her night job). I just think that Alice deserves some recognition for making discrete math mainstream, gay, and honestly, kind of sexy! Alice is a Woman in STEM goddamnit, and it’s time she was celebrated as one.

Ashni is a writer, comedian, and farmer's market enthusiast. When they're not writing, they can be found soaking up the sun, trying to make a container garden happen, or reading queer YA.

ashni has written 18 articles for us.