A few weeks ago, I moved from Gabby’s apartment in the Bronx to Brooklyn: home of Robyn, the Canadian from How I Met Your Mother; and the spoiled, white, hipster girls in Girls. I met my super friendly roommates-to-be in a cute cafe full of young people wearing vintage dresses and multiple piercings. At first we just discussed the normal, everyday topics: likes, dislikes, chore expectations, jobs, interests. But later, as we walked up the street to the brownstone where I’ll spend the next three months, the personal turned more political as my roommates-to-be brought up gentrification, the neighbourhood’s violent history (“it was like a warzone in the 70s and 80s”) and the lingering tensions that still exist between the white and Jamaican populations.

“Hipster culture exists alongside Jamaican culture,” one of my roommates explained. “You’ll see a church with a name like End of Days Tabernacle right next to a vegetarian cafe.” We passed a group of young black men gathered around a boombox blasting dance music, and I remembered the bearded white guys wearing plaid I’d seen cycle past me on my way to the cafe. How many worlds can you fit per square mile? 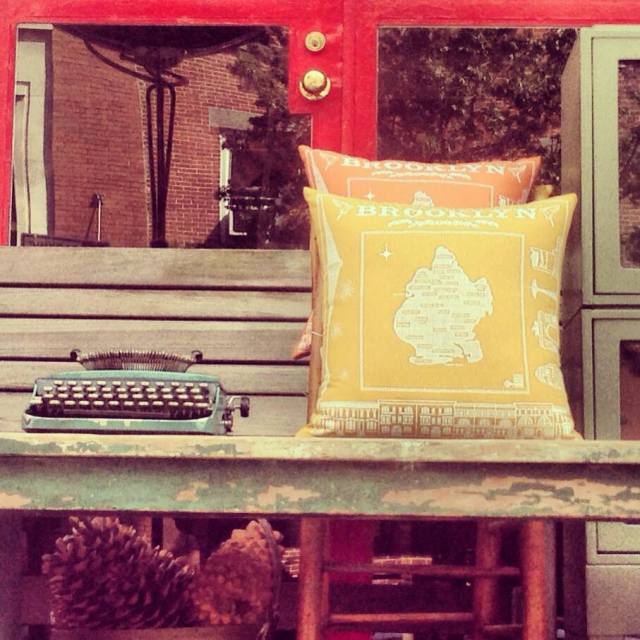 Yes, there is unavoidable multiculturalism right out the door, but for some, that’s more than enough. “I never really go East,” my landlord said when my roommates and I had him over for dinner one night. He’s an older man with round glasses and a Brooklyn accent like the kind I’m used to hearing in movies and sitcoms. We were talking about the neighbourhood and how much it had changed in the past few years. When he bought the place, he was one of the only white people around, he said. But that’s really changing, except things a few blocks to the East of the apartment are still the same, and he doesn’t go there because, why would he? What’s there for him, he asked?

“But isn’t it a part of your neighbourhood? Wouldn’t you want to just walk there because it’s… 5 minutes from you… just to see what it’s like?” As someone who continuously walks everywhere and needs to see everything, I found my landlord hard to understand. Just this weekend I walked 15 minutes to the East of my apartment for no other reason than to sightsee. It wasn’t much different from where I am now, except there were no white people, no fancy cheese shops, and fewer cute cafes. But there were a lot of dollar stores, laundromats, and DVD stores. Lining the streets were beautiful brownstones that weren’t just brown but pink, and yellow, and white. Big trees. Old, important looking brick buildings that had been converted into fast food joints. I couldn’t understand why my landlord wouldn’t go. 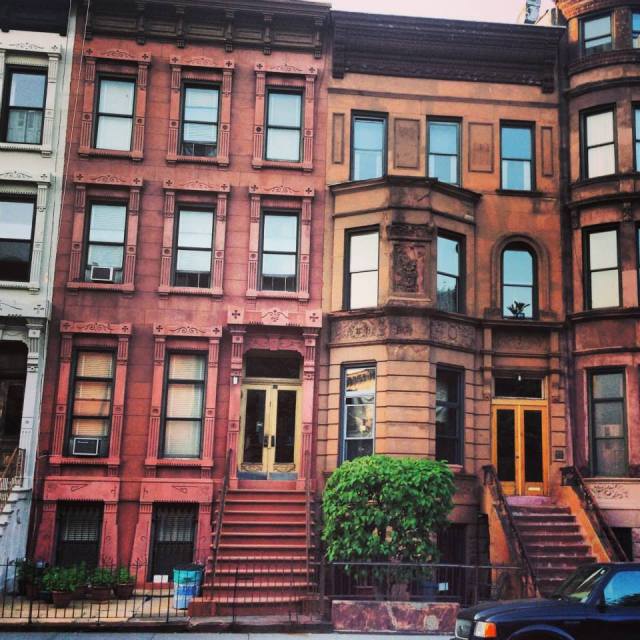 East of my apartment

What I’ve noticed so far is that many New Yorkers try to make this big, diverse city as small as possible. West-Brooklynites stay in West Brooklyn. The white people at the South end of Prospect Park don’t venture to the North part where there are more people of colour. Middle-aged Wall Street bankers don’t go take butchering classes and hang out with the hipsters in Williamsburg. Of course, there are many exceptions to this; but it seems to me that even though New York is multicultural, some parts of the city are more sectional plate than melting pot.

Then there’s my neighbourhood, where the different cultures don’t melt into each other, but remain side-by side, tolerating one another. I could go to an End of Days Church, and then go next door to get a kale smoothie from a guy who’ll probably have a beard, a bike, and an awesome collection of alternative music. Unlike my landlord, it’s important not to set up invisible fences that keep us where we’re comfortable. There are so many amazing things and people to see in all directions and in all five boroughs.