When Prime Video first released casting news for the A League of Their Own sequel, our TV Team lost our collective minds over the description of Roberta Colindrez as a talented, surly pitcher with something to prove. Colindrez has been an Autostraddle fan fave for a very long time, starring in the triply beloved Fun Home, I Love Dick, and Vida. Then the news that the series had added another Latina starter to the Rockford Peaches line-up: 20-year-old Priscilla Delgado, an up-and-coming superstar from San Juan, Puerto Rico who’s been on your TV since she was a child in Los Hombres de Paco. In the series, Colindrez plays Lupe, one of league’s aces, who has time for nothing but the sport. Delgado plays Esti, a first generation immigrant with wide-eyed passion for everything about the league. I chatted with the pair about finally seeing Latina representation in the beloved series, their characters’ complicated relationship, and the queer subtext of the original film. 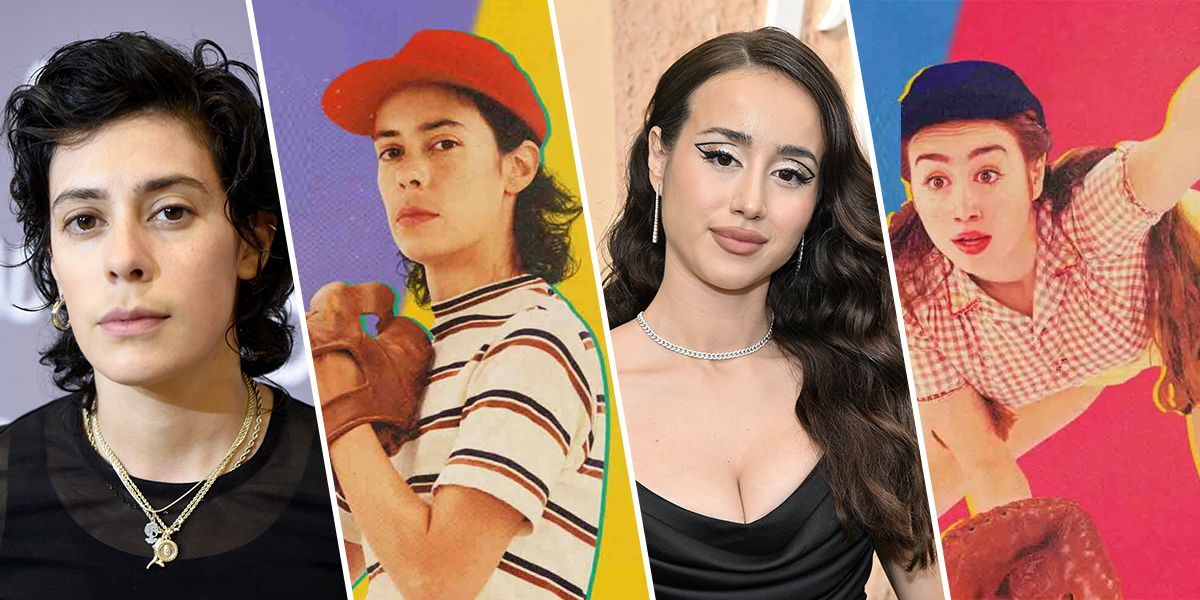 Priscilla Delgado: Well, I play Esti, the youngest girl in the league. She’s a Cuban girl coming directly from the island and she finds that Lupe is the only Latina girl apart from her in the league. So she really starts to be very, very, very excited about it. She really thinks she found a girl that can help her and guide her. And then she notices that Lupe, for some reason, doesn’t want to help her or doesn’t want to have any relationship. So that’s going to be very harmful for my character, for Esti. It’s going to be very sad, very heartbreaking, and we’ll figure out how this goes as the series progresses.

Roberta Colindrez: Yeah, and I think for, for Lupe, she has a very complicated past, and there’s a lot of stuff, particularly around family, that she had to sacrifice in order to be playing for this league. Something that’s really important to note is that the fact that there were so many Latina players in the league and it was never really addressed because they were white-passing. I mean, the whole reason they got to play was because they were white-passing. And so it created, I think, especially in this time, when you had so much to prove as a woman, as a Latin person — you had to really decide what you wanted to fight for, what identities you wanted to fight for. Not much has changed as far as what it means to be a representative of your ethnic group.

Heather: And Lupe comes in just wanting to play baseball.

Roberta: Right, for Lupe, she wants to be identified as a ball player as the best pitcher in the league. So for Esti to come around and say, “You are like me. We must be together. We’re a family, in our identity,” I think for Lupe, it’s really challenging and scary, and it feels like a step back or something, you know? 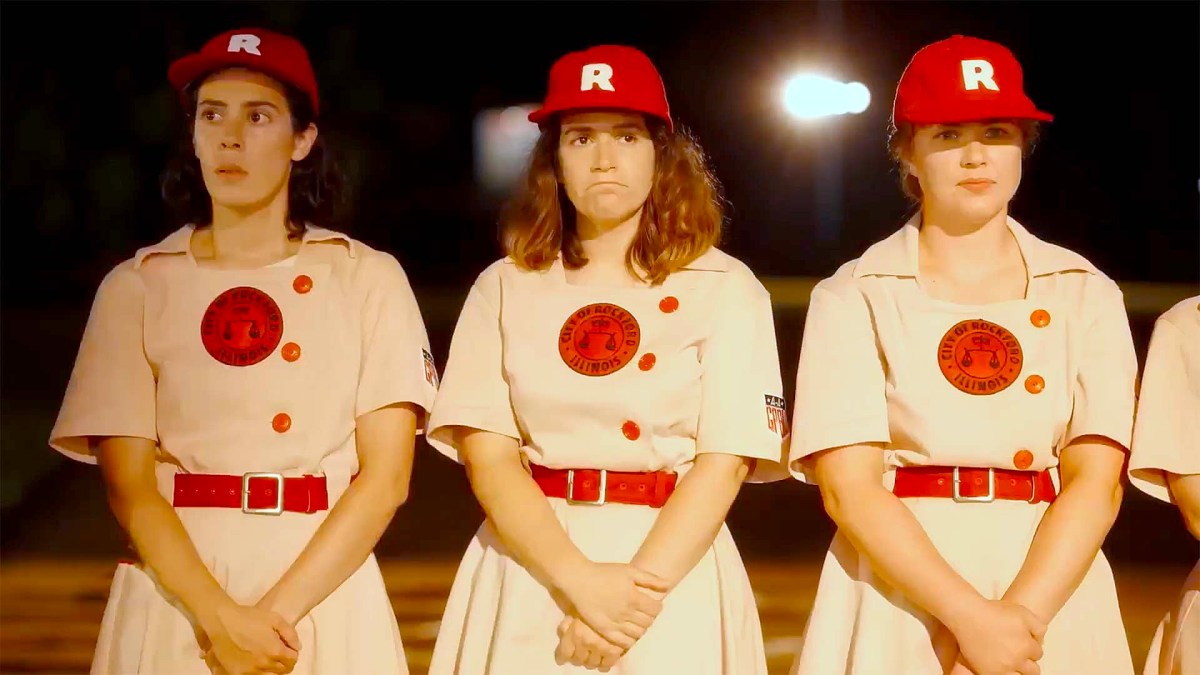 Heather: I think one of the really remarkable things about both your characters is that, as you say, the only reason they are in the league is they’re white-passing — but they’re both still dealing with a lot of racism, big moments, and also everyday microaggressions that other players aren’t even noticing.

Priscilla: That’s why I think Lupe has this weird relationship with Esti because she just wants to stay in her place, be the best pitcher possible — and my character is very loud. She doesn’t care if she’s speaking Spanish very loudly. For Lupe, she’s thinking, “Okay, that could be dangerous also for both of us.” I think Lupe has lived a lot before. She has lived the meaning of being a Latina woman during all her life in the States. I think that’s also like a protection, sentimiento, right? A protection feeling she has for Esti.

Heather: Can you talk about your relationship to the original film or to growing up with sports?

Priscilla: Well, my relationship to sport, it’s always been very strong. I grew up with soccer in my country. Baseball is also very popular in Puerto Rico. So I really didn’t know a lot about the movie because it was released when I wasn’t even born. So when I got the role, I really did my research. I saw the movie. I loved it — and then I had the best baseball training I could have ever have imagined.

Roberta: Yeah, we were doing some press with Kelly McCormack from the cast yesterday and she was just like, “Yeah, it’s one of those movies. It’s in the cannon of nineties films that just, of course everyone has seen it, you know?” So, I never thought about how huge of a thing A League of Their Own was for me, but I remember watching it as a kid and — well, there’s something about me and Lori Petty. Also, Madonna, Rosie, what’s going on? Marla Hooch? Come on. I love baseball, of course. But I love the movie for so many reasons I didn’t understand until I was much, much older.