I’ve spent the last few weeks pacing around my apartment, oscillating between coffee and booze, and trying to overcome some major imposter syndrome after receiving some fantastic news: I’ve been accepted into the third cohort of the Ada Developers Academy, a tuition-free coding school for women. This program is an extreme commitment – you attend onsite training full-time for seven months, then dive into a five-month internship as a programmer. We start this May. So for the next year, I’ll be completely immersed in coding.

As a writer who’s been tangentially involved with tech via previous retail experiences, I’ve written and read a whole lot about the lack of women in STEM fields. I know that underwhelming representation figures have compelled the White House to put together a Women in STEM initiative and that Google sent aspiring female developers to Code School for free. Women made up just 21.4% of the U.S. programming workforce in 2014, according to the Bureau of Labor Statistics. Receiving an opportunity to lead change and queer my tech through my future involvement in programming is both thrilling and terrifying.

The training program I’ll be attending is just one of many non-traditional (you don’t get a degree / academic certificate) boot camps and training schools seeking to address the lack of diversity in STEM fields. If you’re thinking about making a career shift or adding new skill sets to your resume, then here are some factors to consider during your search for a boot camp and upcoming application prep. 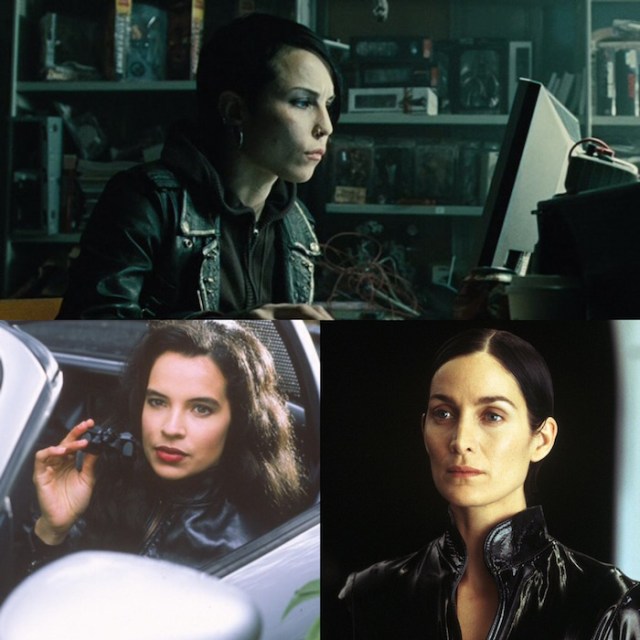 According to the TV, I should invest in a black leather/vinyl jacket to channel my inner hacker

Ada Developers Academy and Hackbright Academy seem to be the only organizations that provide full-time, immersive training to women only.

Other groups, like the Women’s Coding Collective provide single subject courses to female students. And several other boot camps listed here are co-ed, with funding opportunities specifically for women.

Some organizations openly identify themselves as inclusive spaces for trans women. For example, Ada Developers Academy states, “All women (cis and trans) and people with non-binary gender who feel a part of women’s community are encouraged to apply.” Honestly, this aspect really pushed me to apply as someone who identifies as genderqueer and a staunch trans advocate.

While Dev Bootcamp is a co-ed educational program, they have scholarships for “anyone who identifies as female or non-male,” along with veterans and people of color.
It’s exciting to see this inclusive language on application materials, and I do hope to see more programming / hack spaces demonstrate this degree of respect and consideration.

Boot camps and training programs seem to be divided into two main categories.

Full-time intensive programs: These generally prepare you for a “full-stack programmer” role. This means that you’re gaining experience to work on every aspect of a coding project from user interface to quality assurance or back-end programming.

These full-time programs are exactly that — 40 hours a week spent in a classroom, working on code. Generally, this means that you won’t be able to hold down your job while attending. Most programs, like Code Fellows and Seed Paths run for two months. Then you’ve got longer-term outliers like Dev Bootcamp (4 months) and Ada Developers Academy (one year).

Quitting your job to code full-time is an enormous commitment. I know because I’ve been saying goodbye to all my work commitments as a freelance writer. I’ve spent the last 2.5 years hitting my stride, hustling new writing contracts, coworking with other freelancers here in Seattle, and learning how to be my own boss. To suddenly shuck everything and return to school is giving my brain some serious whiplash. (I’m not quitting the writing life or anything— I don’t think that’s even possible. It just won’t be my job for a while.) However, if you’ve been waiting for a helicopter to come and rescue you from your current job, well, coding school could be the perfect escape! 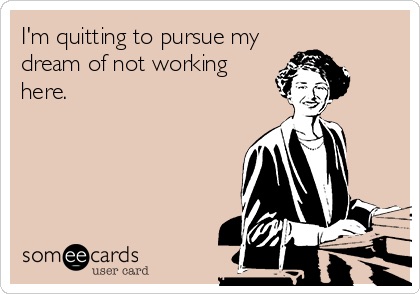 Ecard by konstancja (Aka how I felt while working in retail.)

Part-time or single classes: Programs like General Assembly and Women’s Coding Collective offer an array of courses and programs at several points throughout the year. This gives you greater flexibility when it comes to starting points, and since they’re part-time, it’s possible to maintain your current work/personal obligations.

Since coding boot camps and training programs are popping up everywhere, you might not have to relocate to begin. Since I already live in Seattle, I don’t have to move to attend my upcoming on-site classes. Also, a few coding schools provide distance education online.

Of course, if you’re looking for an excuse to pack up and move, coding school can be a great excuse. Here’s are a few coding boot camp/school locations, in case that strikes your wanderlust:

Costs and Scholarships for Women

Okay, so pricing for coding schools and boot camps seems to be all over the place, from tuition-free to over $15K. The good news: these non-traditional programs may still be cheaper than a full semester of courses at your local college or university. Here is a sampling of some full-tuition rates along with financial aid available to women:

Getting Your Application Together

Let me tell you right now — getting into a coding boot camp or training school can be really freaking hard. Prior to submitting my Ada Developers Academy application, I had applied to a few English graduate programs and a post-baccalaureate in Computer Science (designed for those without previous CS education) as I ping-ponged with indecision between my writing and tech interests. I had come to expect the usual traditional academia required materials: official transcripts, recommendation letters, CV, GPA requirements… the list goes on. Get ready to toss these expectations out the window.

Nothing could have prepared me for the multi-tiered code school applications process. When I journaled about the process, I wrote that it “was like an American Ninja Warrior obstacle course designed by Spock.”

Photo credit: Tumblr It was intense.

Depending on where you apply, be prepared to face the following trials:

(Side note: I completely forgot about and later realized is that my only public YouTube post is of me licking my iPhone for this QYT app review, available for the recruiters of the world to see. No matter: it was one of the proudest moments of my life.)

Are you curious about testing your first “Hello, World!” program and queering up tech with mobile and web apps of your own? Let us know in the comments! The recent burst of non-traditional coding schools out there seems to be really driving toward increased female representation, accommodating applicants who have little to no previous tech experience. I’ll be writing all about my own Ada Dev Academy adventures over at my blog if you’d like to follow along!

This has been the one-hundred-twenty-fifth installment of Queer Your Tech with Fun, Autostraddle’s nerdy tech column. Not everything we cover is queer per se, but we talk about customizing this awesome technology you’ve got. Having it our way, expressing our appy selves just like we do with our identities. Here we can talk about anything from app recommendations to choosing a wireless printer to websites you have to bookmark to any other fun shit we can do with technology. Header by Rory Midhani.