Are you looking for more books like Kristen Lepionka’s new(ish) mystery series featuring bisexual PI Roxane Weary? (I have to tell you, she’s one of my top ten fictional literary crushes; start with The Last Place You Look). Or do you generally need more crime books featuring queer women in your life? Either way, this post is for you. I recently got asked this question on twitter from Britta Lundin (who, by the way, is the author of a great queer YA novel, Ship It):
I’d love to read more crime books with wlw characters. I love the Kristen Lepionka books, more like that?? 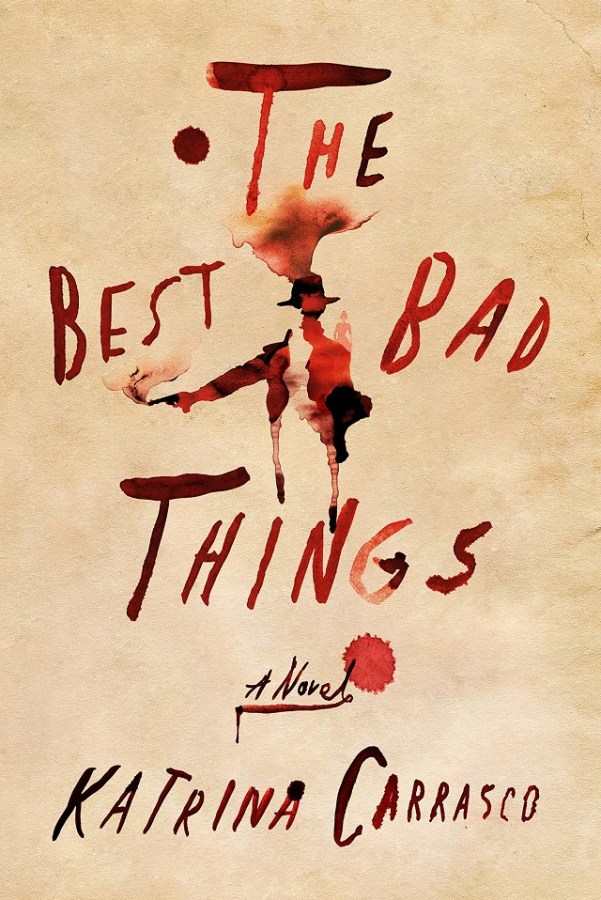 Get immersed in the dark world of opium smuggling in this thriller set in the Pacific Northwest in the 1880s. Alma Rosales is a trained spy who’s defected to the dark side after her former employer Pinkerton disliked her penchant for going undercover in drag. She arrives in a Washington Territory outpost with an assignment from her boss Delphine, the mastermind behind a huge smuggling ring and fellow queer woman of color. (Alma is Latina and Delphine is Black). Opium has been going missing, and Alma / Jack — her scrappy dockworker alter ego — has her work cut out for her trying to track down where the leak in the chain is. I loved so much about this novel: the richly realized historical setting; the complex characterization of a bisexual gender fluid character; and the hot sex scenes, both F / F and M / F. Read about Carrasco’s research about the real-life historical queers who inspired the book. 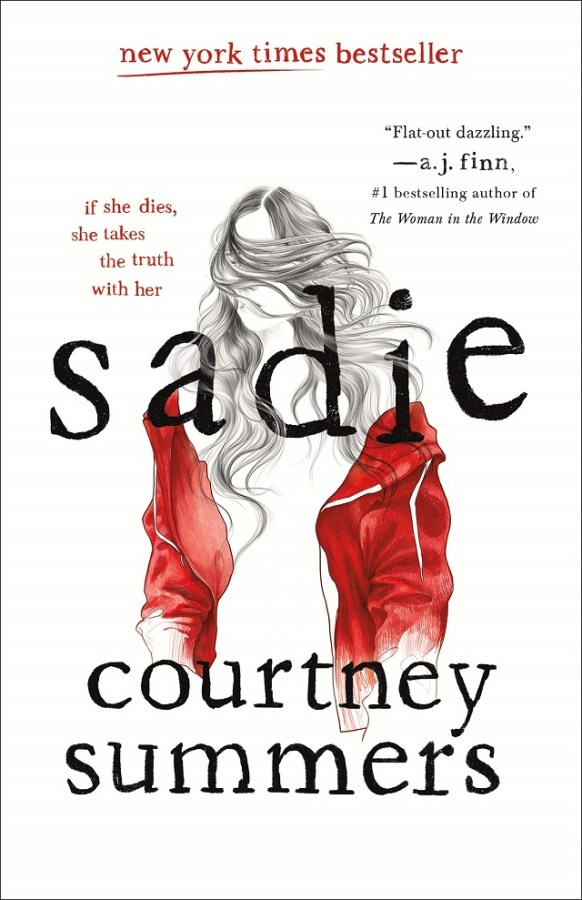 Sadie is an intense, devastating novel on the older end of the YA spectrum. The title character is a 19-year-old young woman with nothing left to lose after the murder of her younger sister Mattie. Sadie was raising Mattie after their mom, who was an addict, left. Mattie was her whole world. When the police investigation turns up nothing, Sadie embarks on her own journey to track down the killer. Alternating Sadie’s story is the transcript of a Serial-like podcast by an NPR-esque journalist who is tracing Sadie’s steps. Sadie is a fascinating, flawed queer character. I especially liked how Summers portrayed Sadie’s stutter. The writing is restrained and pitch perfect for the character. I’d recommend this book as an audiobook if you’re into those; the podcast narrative obviously lends itself to that format! This book includes content on pedophilia and childhood sexual abuse, so proceed with that in mind.

The Fact of a Body: A Murder and a Memoir by Alexandria Marzano-Lesnevich 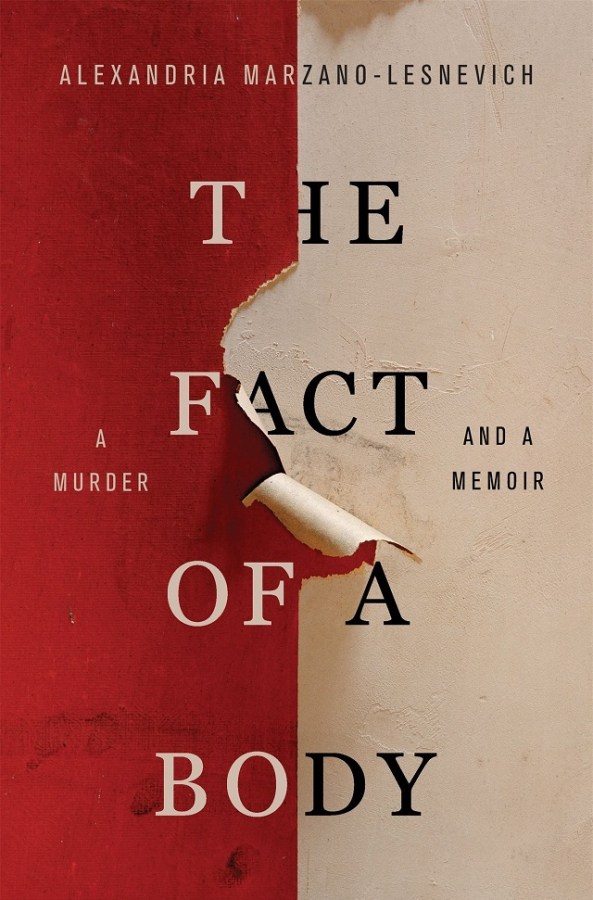 A unique blend of true crime and memoir, The Fact of a Body won the Lambda Award for Lesbian Memoir/Biography in 2018. When Marzano-Lesnevich begins a summer job at a law firm, they’re pretty firm on their anti-death penalty stance. But when they come across a tape of convicted murderer Ricky Langley, they’re overcome with the feeling that this man should die. As they delve deeper into Ricky’s narrative, they find things are uncannily familiar. They’re forced to confront how this case is connected with their own story, including childhood sexual trauma. And then they’re surprised to find that it’s not only them who has seen their own life reflected in the case. Marzano-Lesnevich treats both the true crime and memoir aspects of this book with delicacy. They also bring a strong sense of the complexities and impossibilities of a single narrative to tell the “truth.”

No Good Reason by Cari Hunter 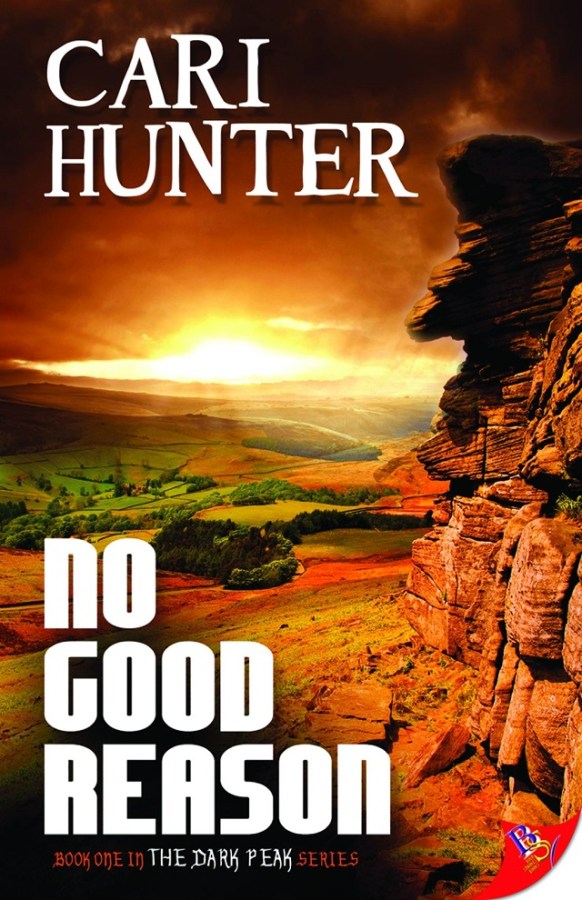 The first book in Hunter’s Dark Peak series presents two complex, unforgettable characters. Detective Sanne Jensen and Dr. Meg Fielding are long-time BFFs with occasional benefits. Both have survived tough childhoods but carry scars into adulthood, including deep fear of a committed relationship. In addition to the fascinating characterization, though, this novel also has a riveting mystery plot. The initial event is a violent kidnapping that shocks the town. Sanne and her colleagues work to find the culprit as Meg works to keep the victim alive. It’s a great blend of both a police and a medical procedural as each woman puts her skills to use. When a completely unexpected discovery turns the investigation upside down, Sanne and Meg are pushed to work more closely together under extreme time pressure. Add a richly realized Northern England setting to all this and you’ve got an outstanding series start. 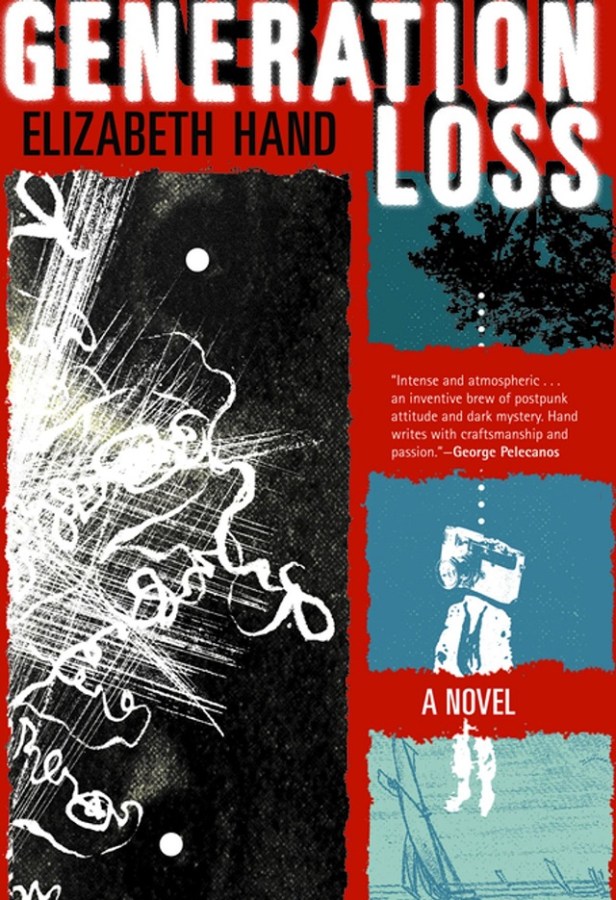 This is the first book in Hand’s series which introduces the title character Cass Neary. Cass is a morally grey misanthropic bisexual antiheroine you are going to love. In the 70s, Cass was a photographer in the NYC punk scene. Fast forward 30 years and she’s a has-been struggling with drug and alcohol problems who works at the Strand bookstore. Her routine is broken up when an old acquaintance takes pity on her and recommends her for a gig interviewing a reclusive photographer who lives isolated on an island in Maine. After arriving, Cass discovers an old mystery that is still claiming victims. If she’s able to solve the case, could this be her redemption? If you like Generation Loss, you’ll be happy to know that it’s an ongoing series, with book 4 slated to come out in 2020.

A Grave Talent by Laurie King 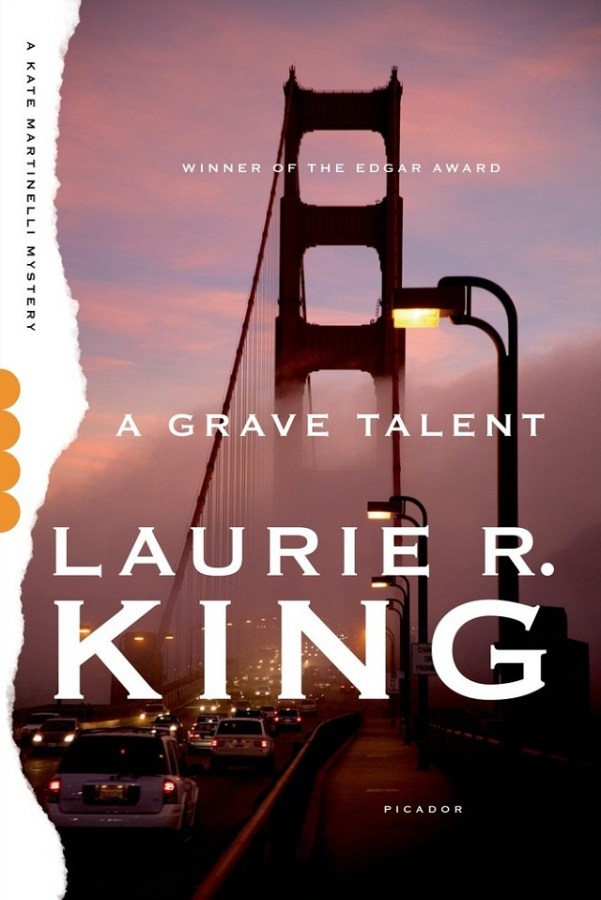 The debut of the Kate Martinelli lesbian mystery series won the Edgar Award for Best First Mystery when it was published in the 90s. The quality of the series still absolutely stands. Kate is a detective in San Francisco who has recently been promoted to homicide. Her new work partner, Al Hawkin, is less than thrilled to be paired with a green detective, especially with the latest case on their hands: a series of horrific murders of children outside the city. Their biggest break comes when they discover find out a celebrated and famous artist, Vaun Adams, is a resident of the community in question. Behind his celebrity, he is a felon convicted of strangling a young girl 18 years ago. Kate has to delve into the original case Adams was convicted of in order to discover what exactly happened in the artist’s dark past and how it’s connected to the present murders.

Alice + Freda Forever: A Murder in Memphis by Alexis Coe 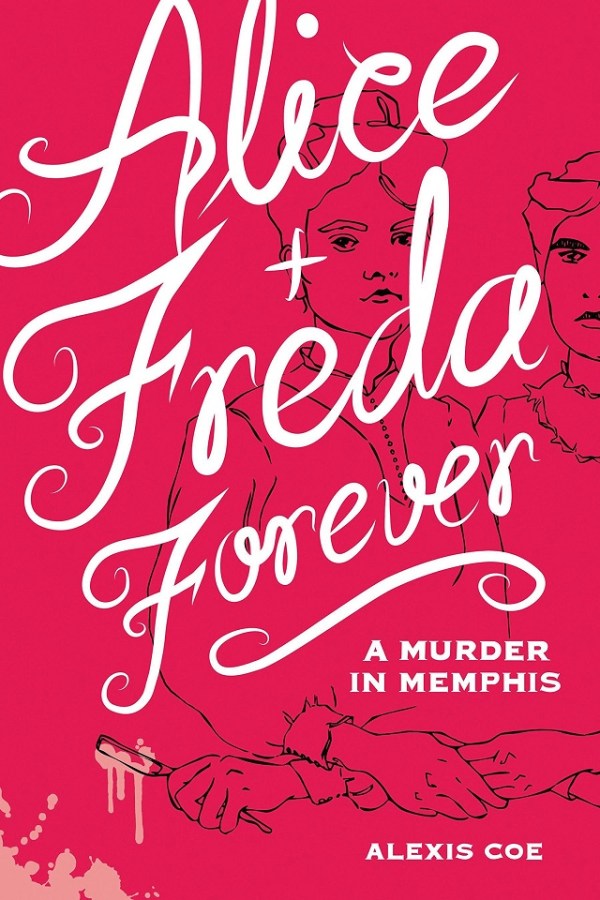 In Alice + Freda, it’s not a queer woman solving the crime: it’s her who committed it. In this fascinating historical true crime book, Coe traces what was in 1892 a famous and controversial teenage murderess case. But it wasn’t the young woman’s crime that interested the public: it was her motivation. 19-year-old Alice Mitchell had been engaged to the woman she loved, 17-year-old Freda Ward. She planned to pass as a man at the wedding. However, when the two women’s love letters were discovered, they were kept forcibly apart. When Freda took this news with significantly less anguish than Alice, Alice went mad with grief and desperation, ultimately publicly slashing Freda’s throat. The book contains love letters, maps, artifacts, newspaper articles, courtroom proceedings, and other historical documents that, along with Coe’s narrative reconstruction, bring the tragic story alive. 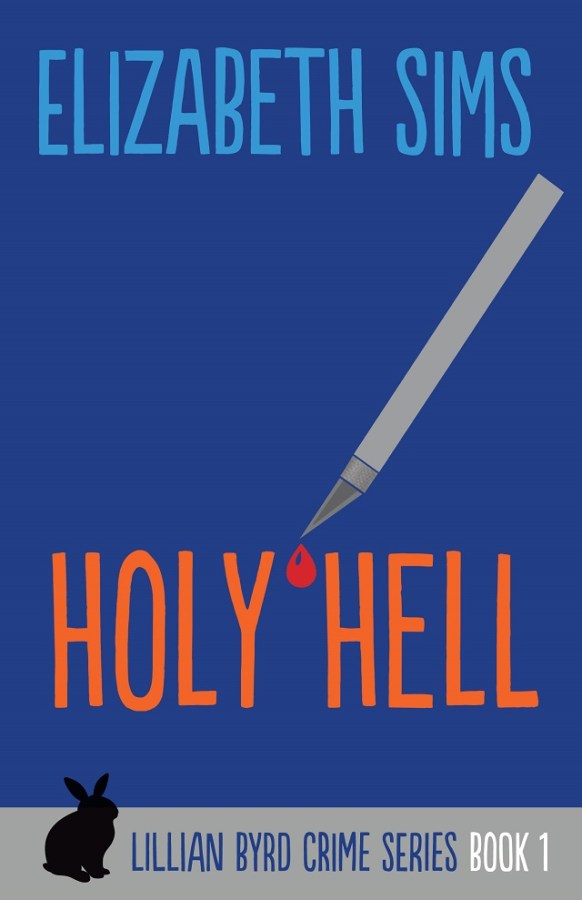 Lillian Byrd is a reporter and amateur sleuth from Detroit. She has a flair for screwing up her own life — including breaking up with her girlfriend for a reason that isn’t apparent even to her and getting fired from her job for fending off her boss’s creepy son with an X-Acto knife. So maybe she’s not the best person to be investigating the disappearances of women in her city. But she can’t help herself, especially when she recognizes one of the victims. Soon she’s accidentally revealed herself to the killers and messed up the case for the police. Plus, the boss’s son still isn’t out of the picture and she’s trying to let down gently the dyke with the toughest reputation in town who’s crushing on her. A mystery on the decidedly lighter side with plenty of laugh-out-loud moments.

So Bury the Lede by Gaby Dunn and Claire Roe, a graphic novel about “an ambitious young reporter and the potential murderess who will change her life,” isn’t being published until October. It seemed too much of a tease to include it on this list. But you should definitely click on that link and pre-order it. Also, check out this exclusive preview of the book Heather shared in March.

For more lady-loving-ladies in crime books, don’t miss this previous list: 8 Dark Lesbian Mysteries and Thrillers That’ll Give You Deep Chills. Have any favorite queer women crime books? Share them in the comments below! And if you’ve got a question for this lesbrarian, send it my way: email (stepaniukcasey [at] gmail.com) or leave a comment here.