In the words of this month’s email writer, February’s Ask Your Friendly Neighborhood Lesbrarian question is a doozy. We’re diving into comforting queer books about big families — chosen, found, of origin, or a delightful mix. Let’s have a look at the request:

Hi Casey!
I’m having a doozy of a time trying to articulate the genre of books I’m searching for, and don’t know how to explain it to my local librarians.
You know how everyone wants The Fosters, but about Stef and Lena instead of their kids? I’m looking for Tamora Pierce’s Circle/Emelan series but with Lark and Rosethorn, or Emma Donoghue’s The Lotterys from the perspective of the parents, Little Men but from Jo’s perspective, the parents in All-of-a-Kind Family. Stories about huge families full of love, whether nuclear or chosen or just-for-school, were the comfort food of my childhood, and I’m trying to find something similar for my queer adulthood. Is there such a thing? I checked out the books about queer parents post, but I think my emphasis is more on the big family than on the parenting specifically, maybe.
Thanks for reading! I appreciate every single one of your book posts.
Anna

A real lesbrarian challenge, this question is! I’ve pulled together a list below that I’m proud of, but I definitely think we could use a heck of a lot more stories about big queer families for adults. These days especially, we’re all in need of a little more comfort. Calling all queer writers! Also, an FYI that you’ll notice a few more books about queer cis men on the list than you would ordinarily see. That’s because this was such a tricky topic I decided to take the best queer books of any stripes that I could find!

The House in the Cerulean Sea by TJ Klune 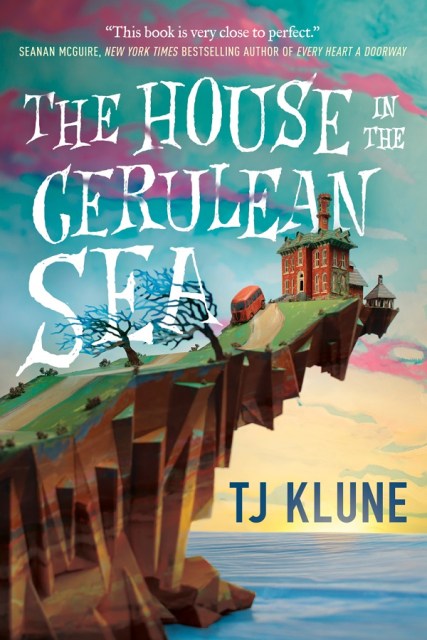 Is this queer adult fantasy a bit cheesy? Yes. Are you going to love every minute of it? Yes. The story begins with Linus, a middle aged uptight caseworker with a heart of gold working for the department of magical youth. When he is sent to investigate a magical orphanage on an island with supposedly dangerous children and an enigmatic leader, he’s expecting the worst. After all, one of the kids was fathered by the devil! Linus is supposed to stay for a month, write his reports, and leave. But it turns out he might be falling in love with Arthur — the man who runs the orphanage and the children’s de facto father — as well as the kids and the ocean. Every single kid (and adult) in this story is very lovable, and their journey to becoming queer found family is heartwarming, funny, and utterly delightful. Watch for a brief but very cute lesbian romance near the end as well! 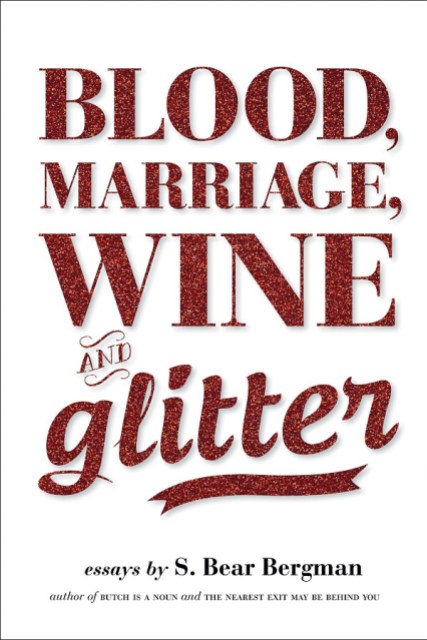 For uplifting and very queer non-fiction content about families, you can’t go wrong with this collection of essays by S. Bear Bergman from 2013. It’s an oldie but a goodie! He mostly focuses his energy on the idea of expanding and reclaiming the term family, as a person like him who is “fat or queer or trans or unrepentantly nerdy or polyamorous.” While society wants to tell us those people don’t get big loving families, Bergman is here to prove otherwise. He writes moving pieces about his son, husband, friends, family of origin, Jewish community, ex-lovers, and everyone else he has claimed for family. It’s a tender and big-hearted collection. He tells us: “I live in a constellation of intimates, and the shape of us is a family. We touch base and check in, with each other and also — I am so gratified to report — they sometimes check in with one another.”

The Weight of the Stars by K Ancrum 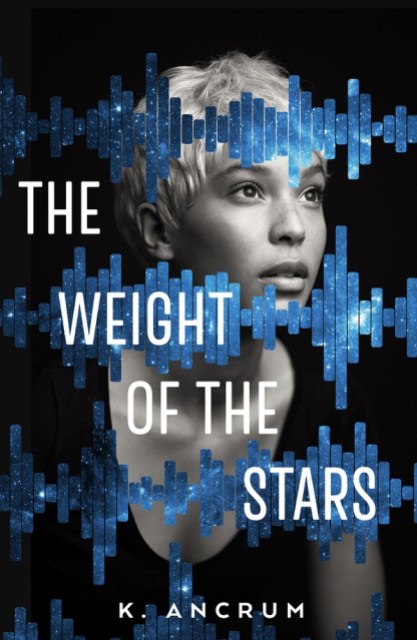 Queer teen misfits found family anyone? In this YA novel, teen butch lesbian character, Ryann, has a tendency to ‘adopt’ all the misfits of her school. But her attempts to bring prickly Alexandria into the fold have thus far been very unsuccessful. Like, leading to an accident that causes Alexandria to break her arm unsuccessful. Now Alexandria needs help: she goes up onto her roof every night to try to catch signals from her astronaut mom, who volunteered for a one-way trip to the edge of the solar system. But it’s going to be hard to get up there with only one working arm. Enter Ryann and her family, a group that includes two lesbians, a bi guy, gay guy, and a cute little baby!

It Takes Two to Tumble by Cat Sebastian 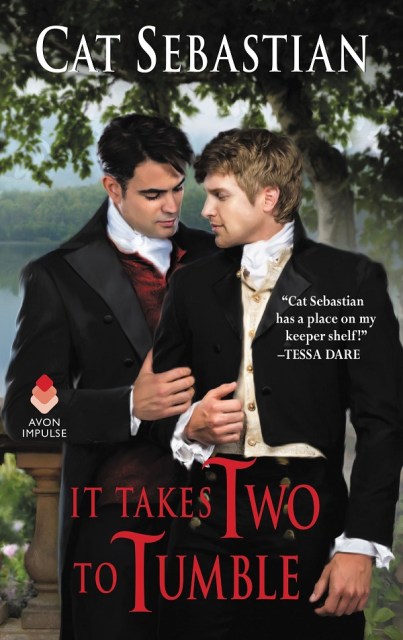 Let me introduce you to Cat Sebastian, if you aren’t familiar already! Sebastian writes great steamy historical romance, a la typical mainstream Regency stories, but almost exclusively featuring at least one queer character. It Takes Two to Tumble is the first in her Seducing the Sedgwicks series and it also happens to include a group of lovable hellion children who have scared off many a governess. Ben is a softie who loves baby animals, helping poor parishioners as their vicar, and also flirting with a certain dashing Captain Philip. When Ben is asked to look after the naval Captain’s three wild kids while the Captain is at sea, he reluctantly agrees but quickly falls in love with them. When Philip returns, the two men form a strong connection. But can they make this blended family work forever? 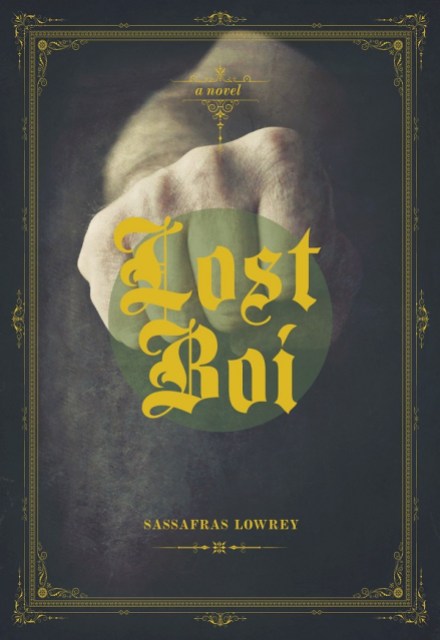 In this queering of one of the original found families, Lost Boi reimagines the Peter Pan story from a queer, punk, and kinky perspective. These orphaned, abandoned, and runaway lost bois live in their squat home, Neverland, where they’ve sworn allegiance to their fearless leader, Pan. Their new recruits include “newly corrupted” Mommy Wendi and tomboy John Michael. Told from the insider sidekick perspective of Tootles, Pan’s best boi, the story chronicles the story of Lost Bois versus Hook and the (leather) pirates at once familiar but brand new. Along the way, it asks a lot of questions. What is family? What kinds of new family structures emerge when queer kinky people can make their own? What does it mean to “grow up”?

Every Heart a Doorway by Seanan McGuire 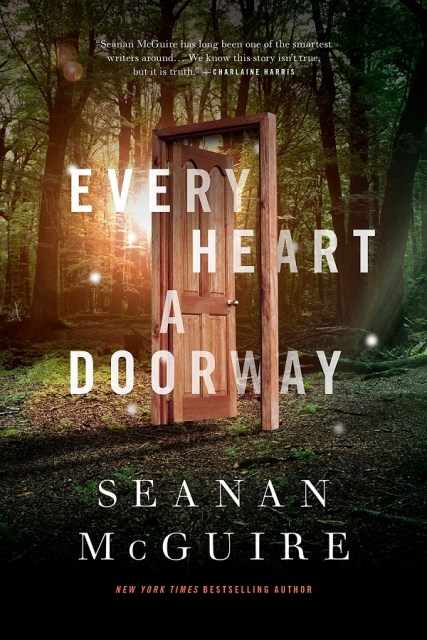 For queer found family in a school context, Seanan McGuire’s ongoing Wayward Children series is a perfect option. The first book, Every Heart a Doorway, introduces us to Eleanor West’s Home for Wayward Children, a school for kids and teens dealing with the trauma of re-entering the mundane world after disappearing into portal fantasy worlds like Narnia and Wonderland. New student Nancy, who’s ace and biromantic, has just arrived at the school. Luckily, she makes fast friends, with whom she works together to solve a brewing mystery. If you want more about the other kids in Nancy’s found family, check out the later books in this Hugo and Nebula award-winning series. Each one focuses on different characters!

Wrong to Need You by Alisha Rai 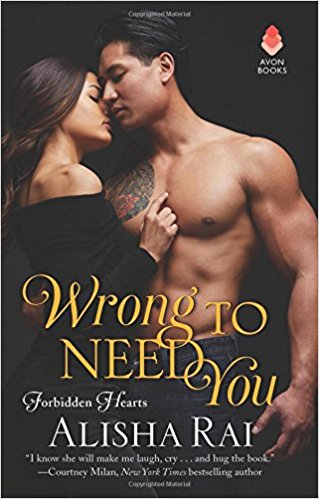 Although technically Wrong to Need You is the second book in romance author Alisha Rai’s Forbidden Hearts series, it’s very readable as a standalone. It’s definitely the one to start with if you want a focus on close-knit (Muslim) family dynamics and a bisexual heroine! Sadia, said bisexual, is busy: recovering from the complicated grief of losing a husband whom she was planning to separate from, raising her kid Kareem on her own, running the café she and her husband owned together, and bartending nights to make ends meet. She’s leaning on the support of her big boisterous family, but she also can’t say no to help from Jackson, a childhood friend and her former husband’s younger brother who’s recently arrived back in their small town. Their mutual attraction is undeniable, but acting on it feels unthinkable. 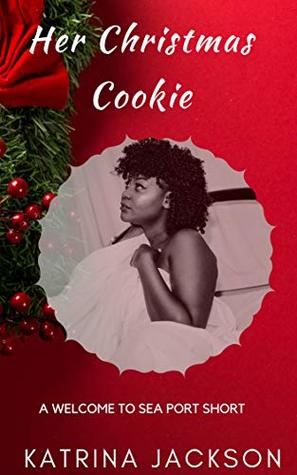 Katrina Jackson’s Welcome to Sea Port series is the heartwarming content you’ve been looking for that puts queer people and/or characters of color front and centre in the context of the notoriously straight white small town romance sub-genre. Although this book is actually number four in the series, I’m recommending it especially as it’s the story that really puts a heavy focus on family. (Trust me, you’re going to want to go back and read the earlier books once you’ve finished with this one!) Poly triad Mary, Knox, and Santos have been together for a year and a half. This holiday season, they figure it’s time to introduce one another to their families. Enter the idea of a Christmas road trip, full of love, holiday cheer, steamy sex, and plenty of baked goods.

Do you have any favourite books about big queer families? Share them with us in the comments. And if you need help finding your next queer read, ask your friendly neighborhood lesbrarian! Post your question in the comments below, send me an email at stepaniukcasey[at]gmail.com, or send a message to the A+ Priority Contact Box if you’re an A+ member. You might see your answer in a future column!