If somebody had asked me as a kid how gutsy I was, I’d have been forced to admit that I was only hypothetically brave, full of imaginary fisticuffs in search of justice but too chicken to carry them out. I loved reading about courageous girls – Alanna of Trebond, anyone? – but like a lot of bookworms, I was more comfortable tucked away in the library than actually running wildly into anything.

As a grownup, I’ve got all kinds of words to describe my timidity. There’s the fixed mindset. There’s impostor syndrome. There’s whatever the opposite of Eat, Pray, Love is. But I’ve gotten convinced, sometime between that fourth-grade year spent hiding out among the bookshelves and becoming a grown woman (with soundtrack by Beyonce), that bravery is better. Thanks to big dreams and Elizabeth Gilbert’s Instagrams, I’ve been eager to find ways to practice that swoopy feeling when you step off the edge of something big. So I was ecstatic to discover Caroline Paul’s The Gutsy Girl: Escapades for Your Life of Epic Adventure (illustrated by her partner, Wendy MacNaughton). The title on the cover is in all caps, as is my voice when I tell anybody about it. 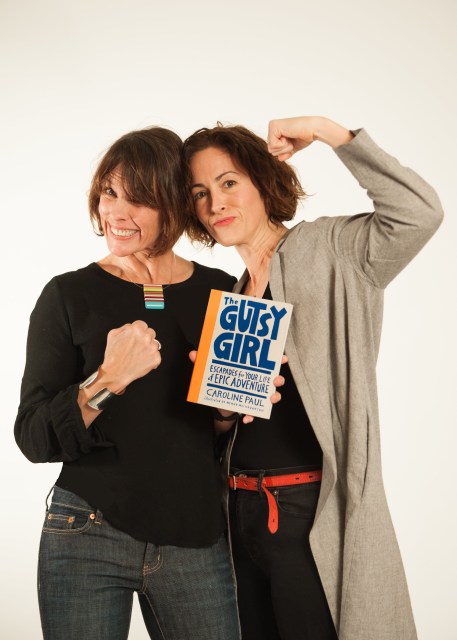 The book is is part memoir, part instruction manual, part unbelievable true adventure tale. It’s also a New York Times bestseller, which gives a hint about how ready we all are for a no-holds-barred hurrah for bravery now that we’ve integrated the term “impostor syndrome” into our mental catalogue of what’s holding us back. Sure, the book is meant for tweens — but it’s never too late for even a grown-up scaredy cat to change her spots.

Outfitted with exhilarating cautionary tales (like make sure you’ve ironed out your game plan with a whitewater co-paddler who doesn’t speak any English), a few handy instructions (like how to take up space in a power pose and tie important knots), and even a cliff-diving flowchart (the first question is “Are you scared?” and the answer doesn’t change a thing), here are a few things any wanna-be-gutsy girl can learn from The Gutsy Girl — and the gutsy girl behind the book, Caroline Paul.

1. Some are born gutsy, some achieve gutsiness, and some have gutsiness thrust upon them.

Though Caroline’s adventures sometimes seem unconstrained by the limits of human biology —she flies, dives, and somehow survives being sucked up INTO A THUNDERCLOUD — she’s quick to point out that bravery is not only the domain of daredevils. Even small steps outside your comfort zone, or “microbravery,” make things happen. And they’re crucial steps, she says, because bravery is “probably the basic emotion you need to do pretty much anything in life.”

The “anythings” in the book include rescue diving in the bottom of the San Francisco Bay, being the first to kayak island to island in the Adriatic Sea, and climbing the Golden Gate Bridge. If you’re not there just yet, consider what feels micro-terrifying to you, and try it! (One of mine was wearing ugly shoes in public on purpose, and weirdly, it really helped me take up space.)

2. Rewrite your definition of success.

The stories Caroline chose as examples of a gutsy life mostly don’t end the way they were supposed to. The homemade milk carton raft she captains capsizes (or, more accurately, just falls apart). The Denali expedition ends with a lot of stitches and getting bailed out by passerby. The body she’s supposed to recover from the bottom of the bay stays lost. But that not-supposed-to-happen is actually exactly what you can expect.

“Bravery opens the door for failure, unfortunately,” she says. But the next stop past failure is resilience. Caroline confirms: “You get knocked down, you get back up—you’re being brave.” (Feel free to turn on Chumbawamba for extra moral support as needed.)

3. Not fitting in can be a benefit, not a burden.

In other words: being queer can be a superpower! “I definitely think that when you grow up outside the norm, whether you’re out or not, you know it inside yourself, and you have an advantage in this way,” says Caroline. Trying to fit into stereotypes can be crushing, so knowing you’ve got a different path to follow can be a relief of sorts from trying to. Needless to say, figuring that part out can be difficult. But, like “the un-adventure life” depicted in pie chart form in The Gutsy Girl (which I am putting on a post-it to carry around in front of my face forever), the alternative is a life made up of about 83% “Meh.” 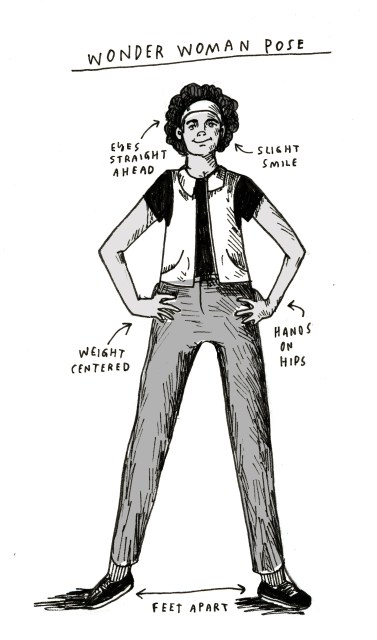 What pops up in Caroline’s stories as often as life-threatening circumstances (inducing rapid heartbeat and anxious sweating in the couch-parked reader) are co-adventurers: people to almost die with in air, on land, and at sea. They’re the nudgers and rescuers, fellow fliers and climbers and milk carton pirate ship first mates. And even when she’s flying solo (literally), these friendships are what feed Caroline’s life of epic adventure. “Some of my close friends are super gutsy amazing outdoor adventurers,” she says, “so having them as peers and role models is great, because you’re not forging ahead on your own all the time.”

Think about the people you spend your days with, swap phone calls with, and follow on Instagram (we live in the twenty-first century, so these people probably take up a lot of brain real estate). Who would join your attempt to set a Guinness World Record? Who would you follow into a thundercloud? (Not a literal one, because if there is one thing I’ve learned from this book, it’s that ending up inside of a thundercloud is NOT. GOOD.) Who would be your adventure buddy as you venture outside your comfort zone and into the “thrills, yikes, and yahoos” waiting in the adventure?

5. Remember that you already have bravery in you.

Even after reading about Caroline’s adventures on melting mountains and in burning buildings, there are a lot of things that sound scary, even though they’re not life-threatening at all. Asking somebody on a date, for example (I don’t care if it’s uncool to admit — this is frightening). Showing something you’re proud of creating to people you don’t know. Going to therapy. The unknown is big and terrifying, which I know because of being a human, but worth it, which I know even though I’ve still never read Eat, Pray, Love. 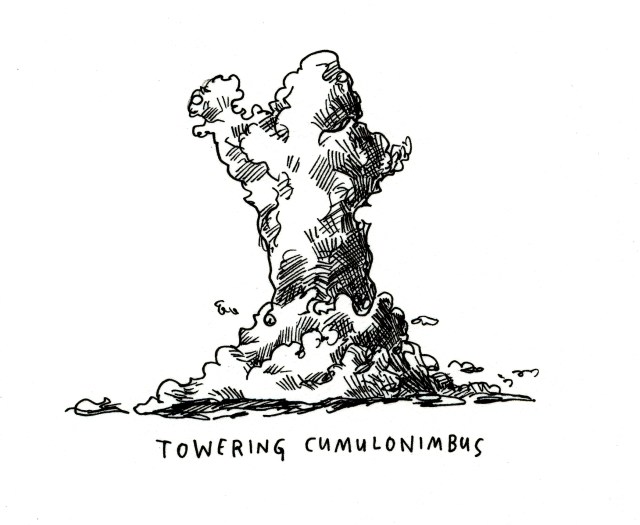 Facing fears like these, with “only” feelings at stake, is so often dismissed as indulgent. But “here’s the weird thing,” says Caroline. “Nobody doubts that a mother will throw herself in front of a charging lion for her kids, or pick a car off her kid. That kind of bravery seems synonymous with motherhood. But for some reason, we do not extend that value to women and girls in general.” It’s almost like taking care of a physical child is considered noble, and taking care of yourself, or your inner child, is considered indulgent. Don’t let that stop you. Caroline’s advice? She laughs. “Pick up that VW off your inner child!”

Olga Kreimer is a writer and editor with roots in New York and California. She's a fellow at the San Francisco Writers' Grotto, an alumna of the Salt Institute for Documentary Studies, and an occasional farmer. She loves a good metaphor and a good burrito and once won a fight with a rooster using only her words. Find her on the internet.

Olga has written 1 article for us.